Our last club night of the year was Tuesday and we had about 18 guys out with a huge mix of games: various sci-fi and fantasy plus some historical. 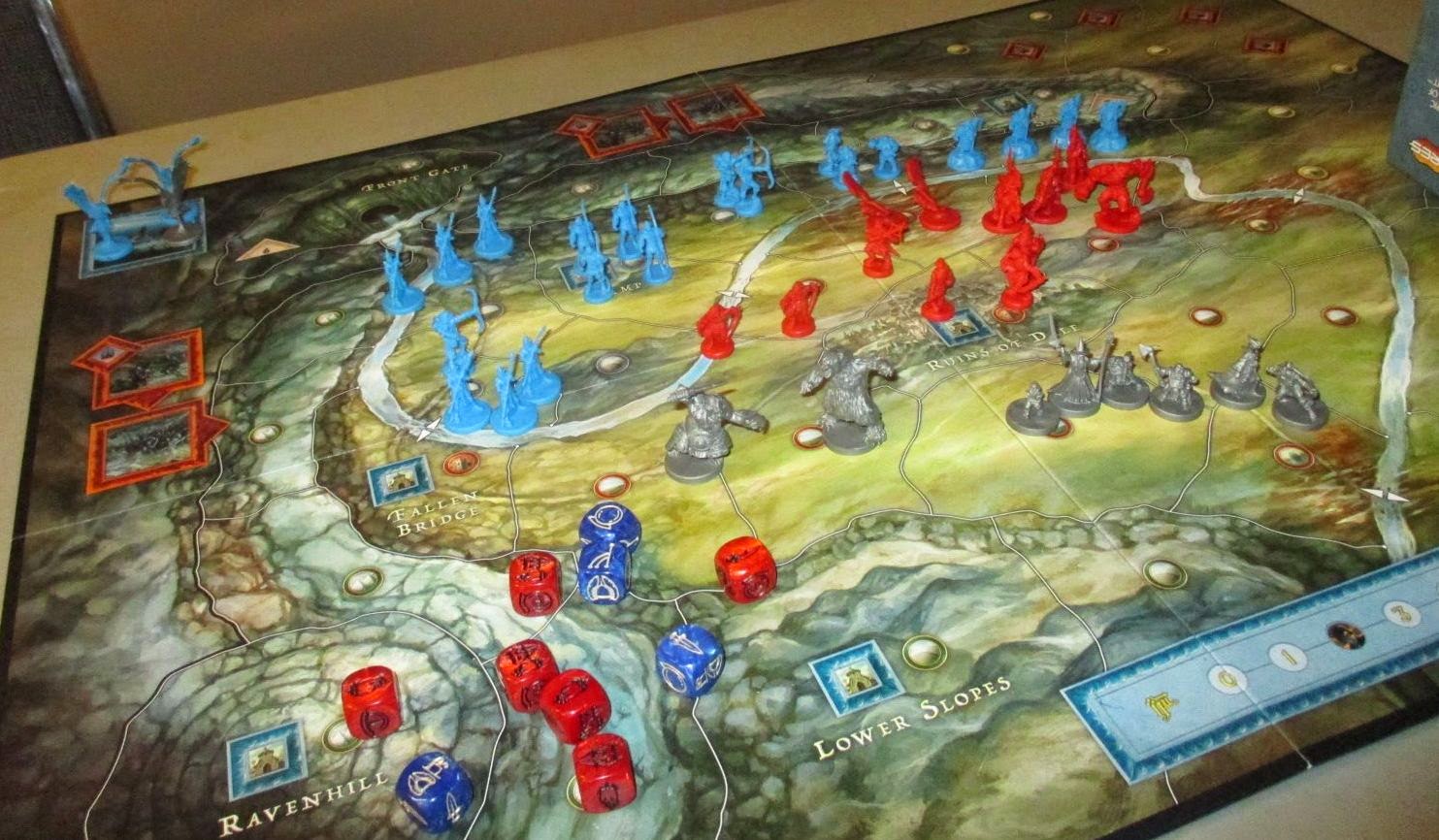 Neil brought out the new Battle of Five Armies game that had just arrived in the mail that morning.

Dave hosted Terry, Andy, Scott and Dennis in a game of WW2 Chain of Command (I think). 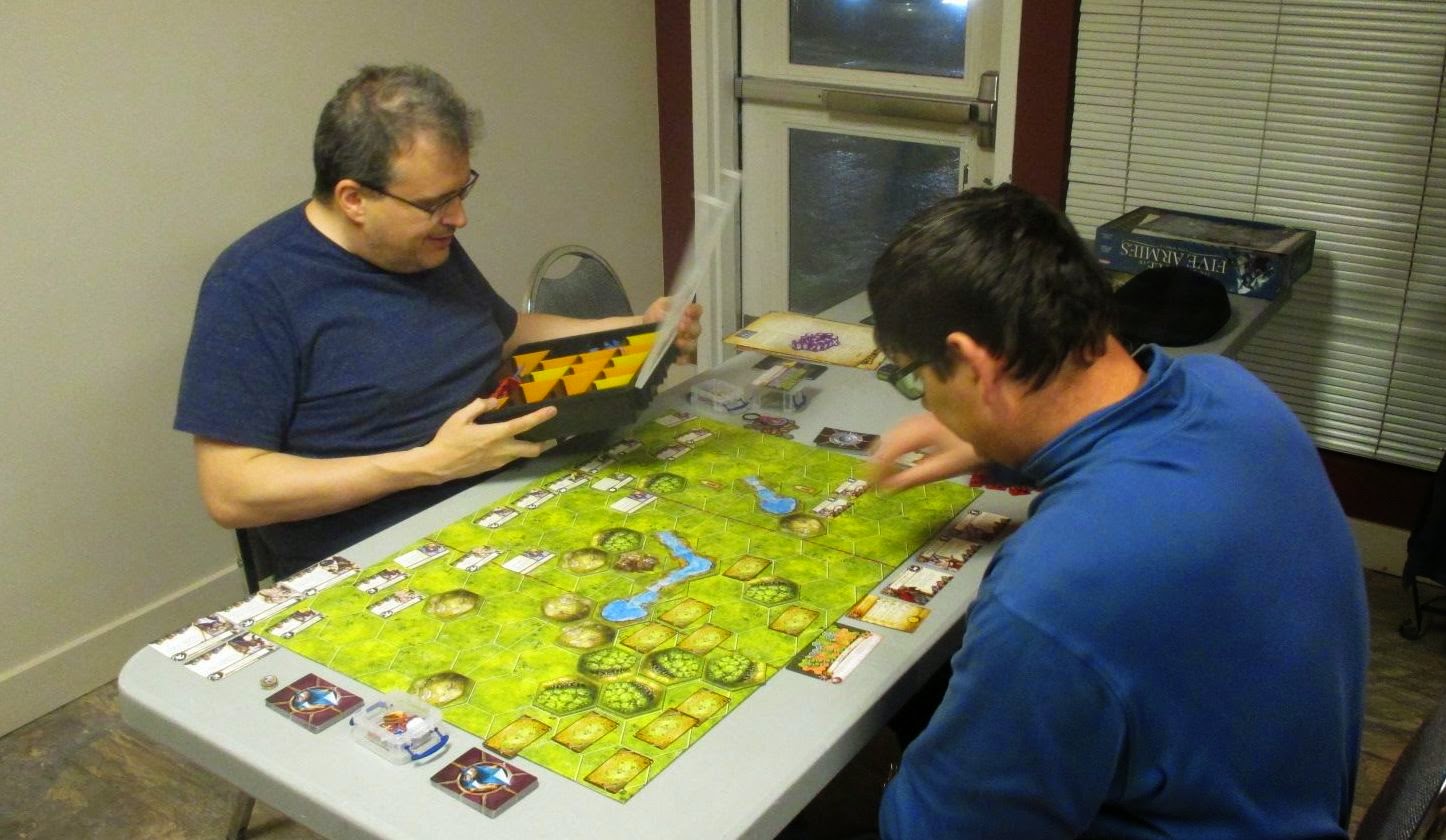 There was also a Battlelore variant (Westeros?) and some Warmahordes (below). 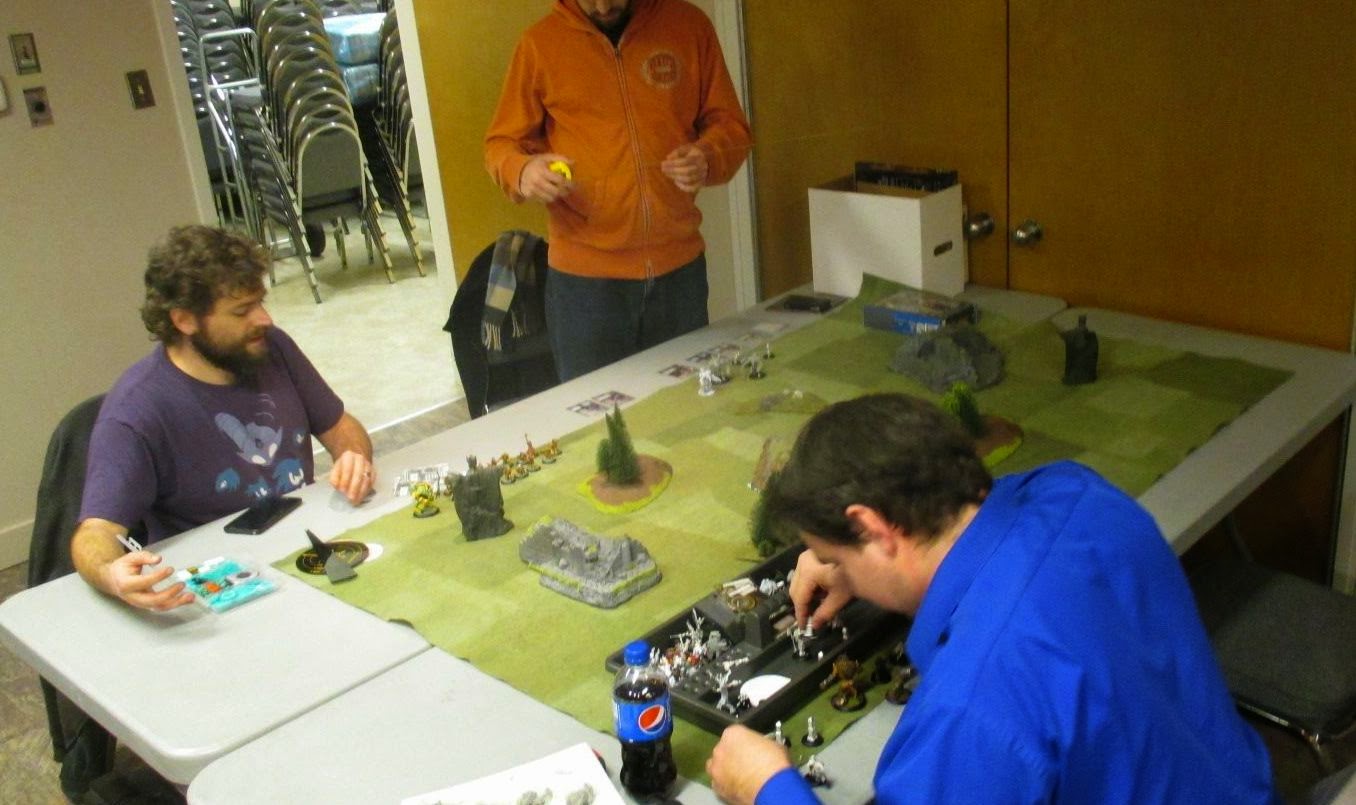 Dave ran a game of Zombicide with Wiley and Ryan playing. The club is so large I'm having trouble keeping everyone straight these days. 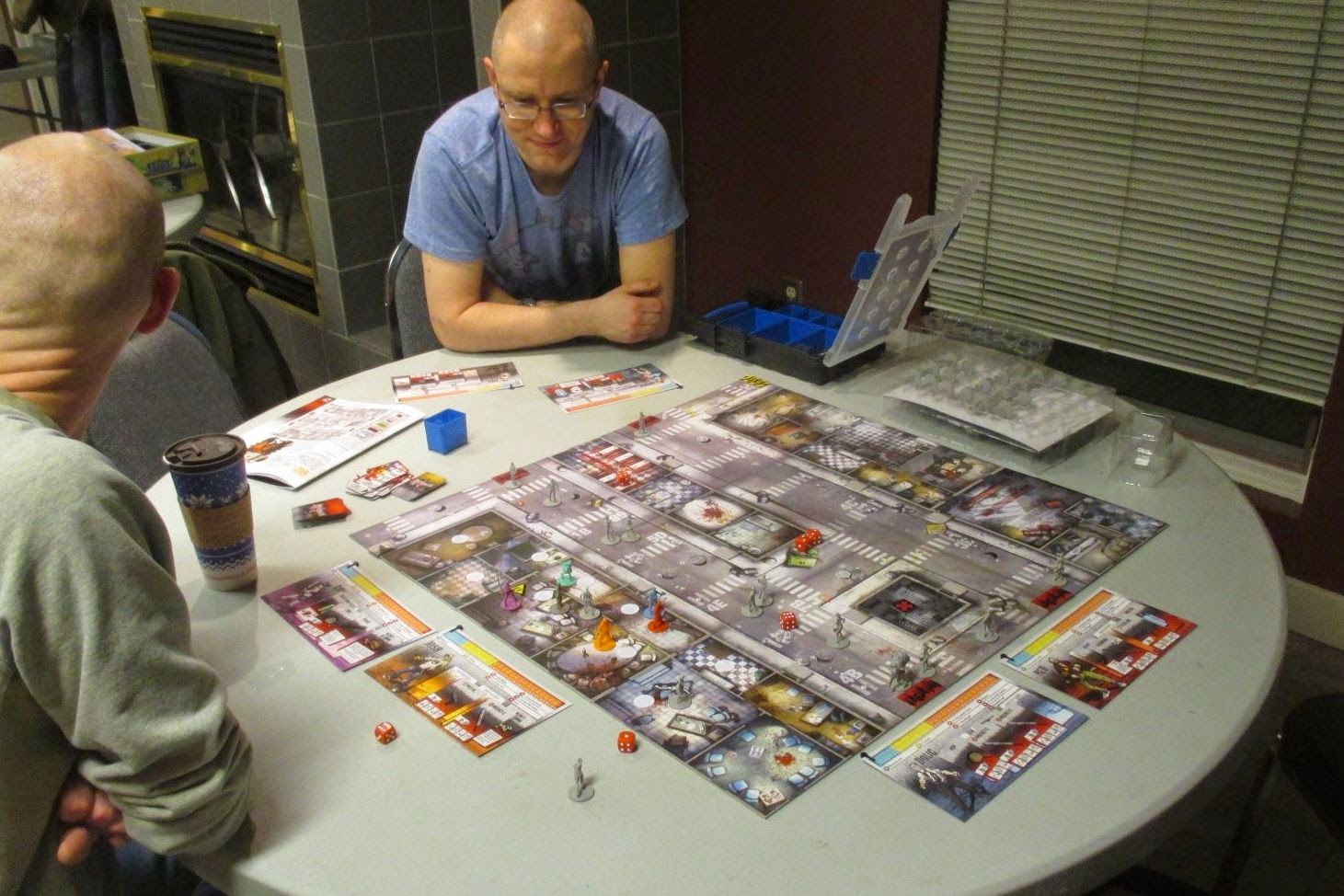 And I hosted Phil and Sean in two games of 1775: Rebellion. I believe we had a draw the first game (new result for us!) and then maybe a narrow win for the rebel in the second game. 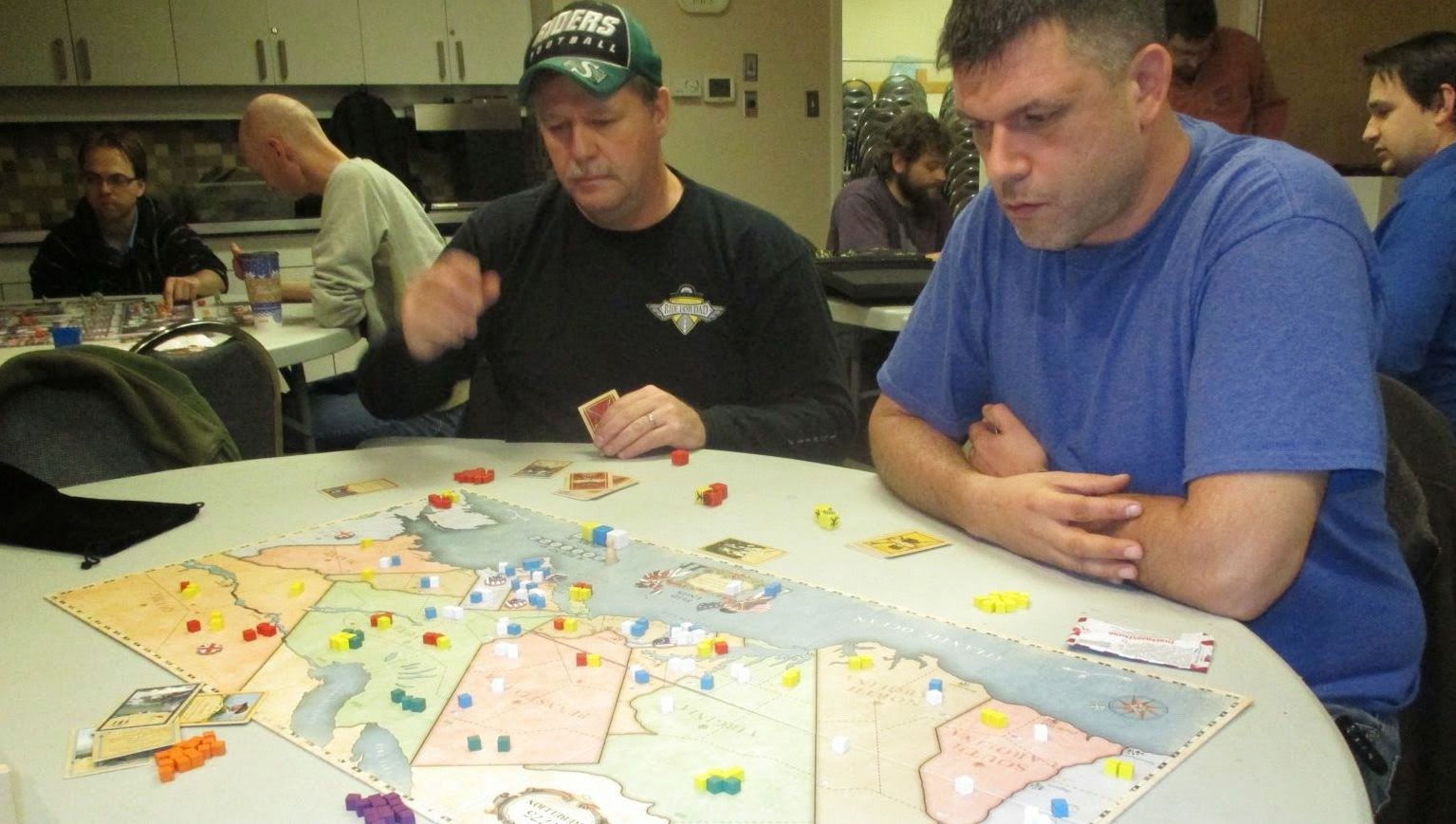 Memories are vague but I recall the Brits thumping the Americans in the second game but being unable to control enough colonies to win in the end (which is nicely historic). 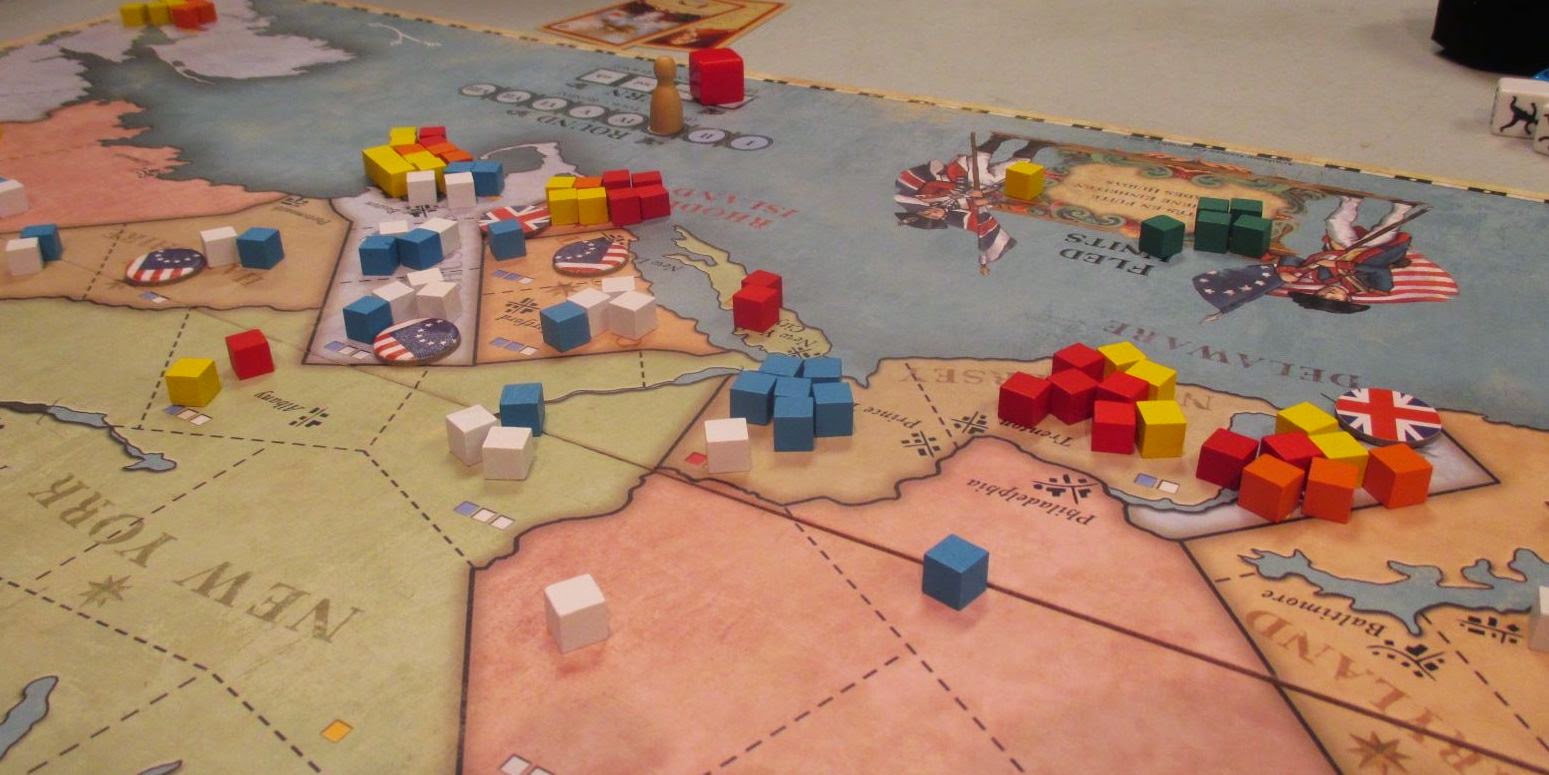 Up next: I have a huge pile of 15mm WW2 to finish over the holidays and then onto a bunch of 54mm AWI. First some US militia and cannon and then a new box of British.
at 10:32 AM