Today I finished off a bunch of 15mm riders for the half-tracks I painted before Xmas. These are Scotia miniatures riding in Plastic Soldier half-tracks.

There were a nice pix of poses (strips of 2, 3, 4 and 5 guys) including several guys wearing toques (knit caps) instead of helmets. All were painted up in the camo I was asked to do. But of a tight fit in the passenger space! 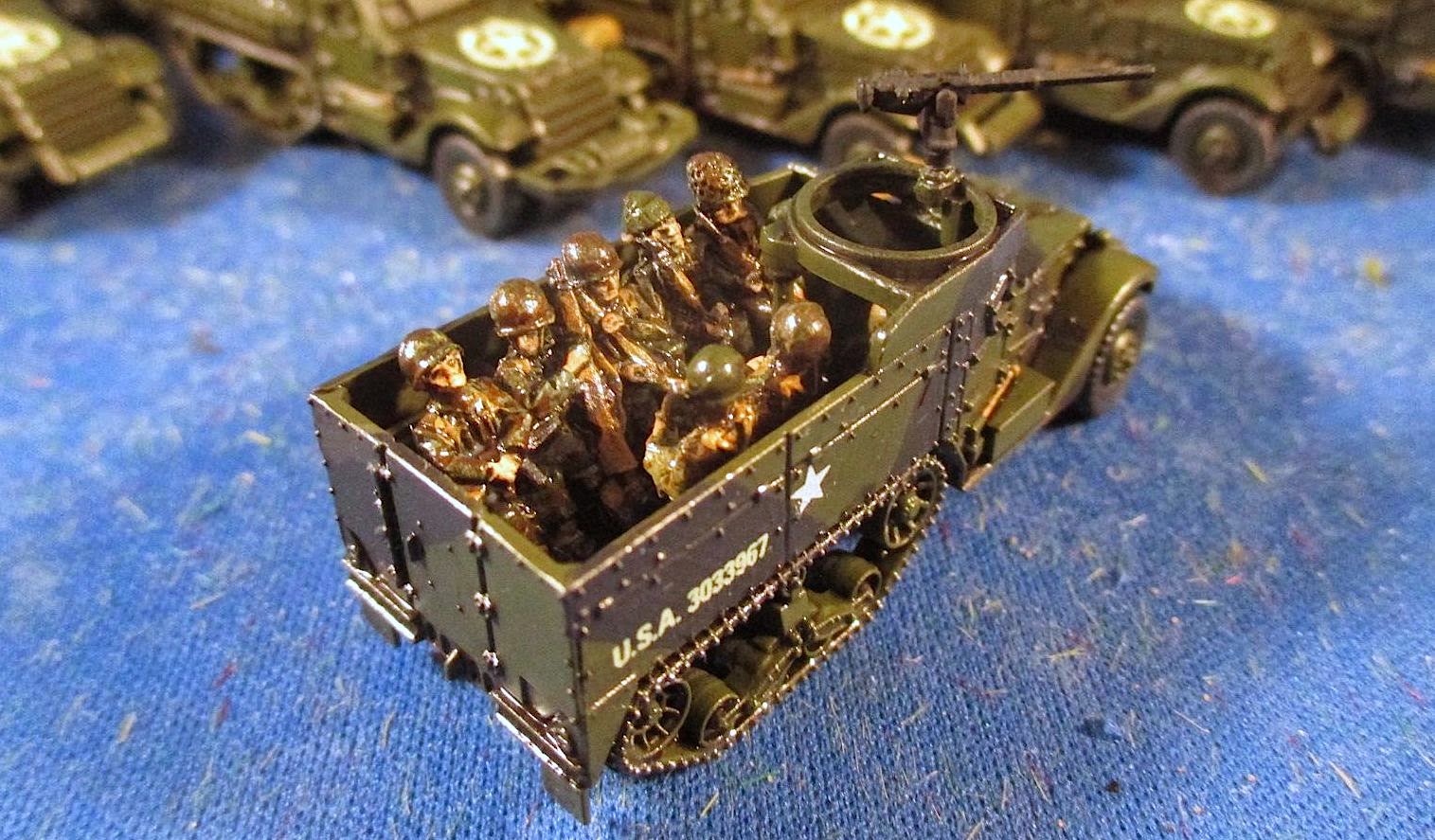 Up next: I'm just finishing a tank destroyer platoon (repairing an accidental decapitation!) and will be priming some planes this afternoon. I'm also chipping away at some 54mm command stands.
at 5:00 AM