I'm slowly making some progress on this large 15mm WW2 US commission that I took on. Today I finished a company of infantry plus support elements.

The instructions I had were to give them the camo uniform that some of the 2nd and 30th infantry divisions wore during the Normandy campaign plus mix in some older uniform types. Now painting camo in 15mm can be a challenge, especially when using a dark wash to put in some shadows. You can see a bit of the camo pattern below.

In addition to 11 bases of infantry, there were four bazooka teams and a command stand.

The command stand gives maybe a slightly better view of the camo. 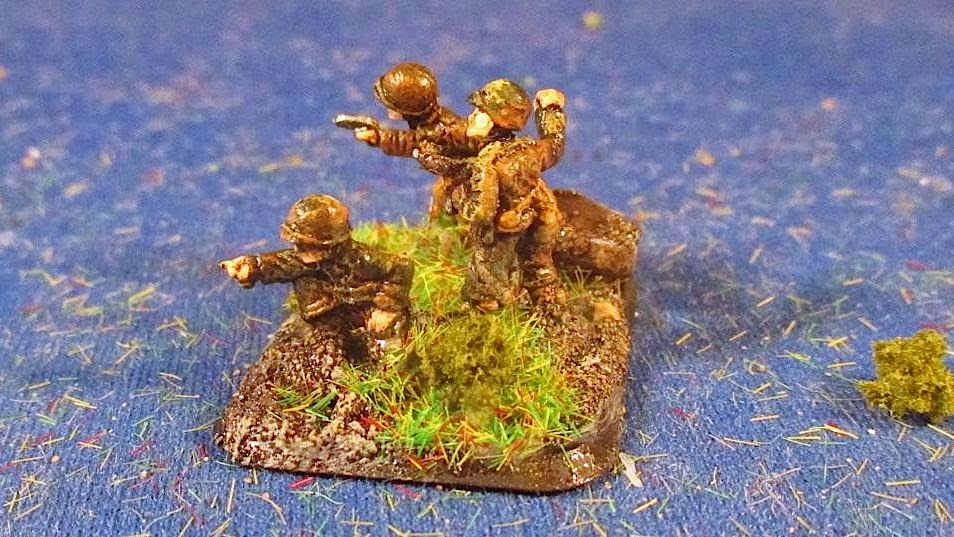 There were also two MG bases (only one shown), a 37mm ATG and a mortar base. I would think manning a 37mm ATG in Normandy is "Italian tank crew" brave!

Up next: An HMG platoon is almost ready to base and then I have a company of engineers, and some miscellaneous pieces.
at 1:08 PM