Despite terrible, terrible traffic woes across the city, we had another record-breaking night with (at one point) 25 guys out to game. Terry hosted Dead of Winter (zombies + traitor = fun) and did a good job of refereeing while learning the game. Newbie tip: shotguns are good.

There were so many guys out it was hard to get a good shot. Trevor hosted a game of DropZone Commander while Dave and Dennis played some DBA. 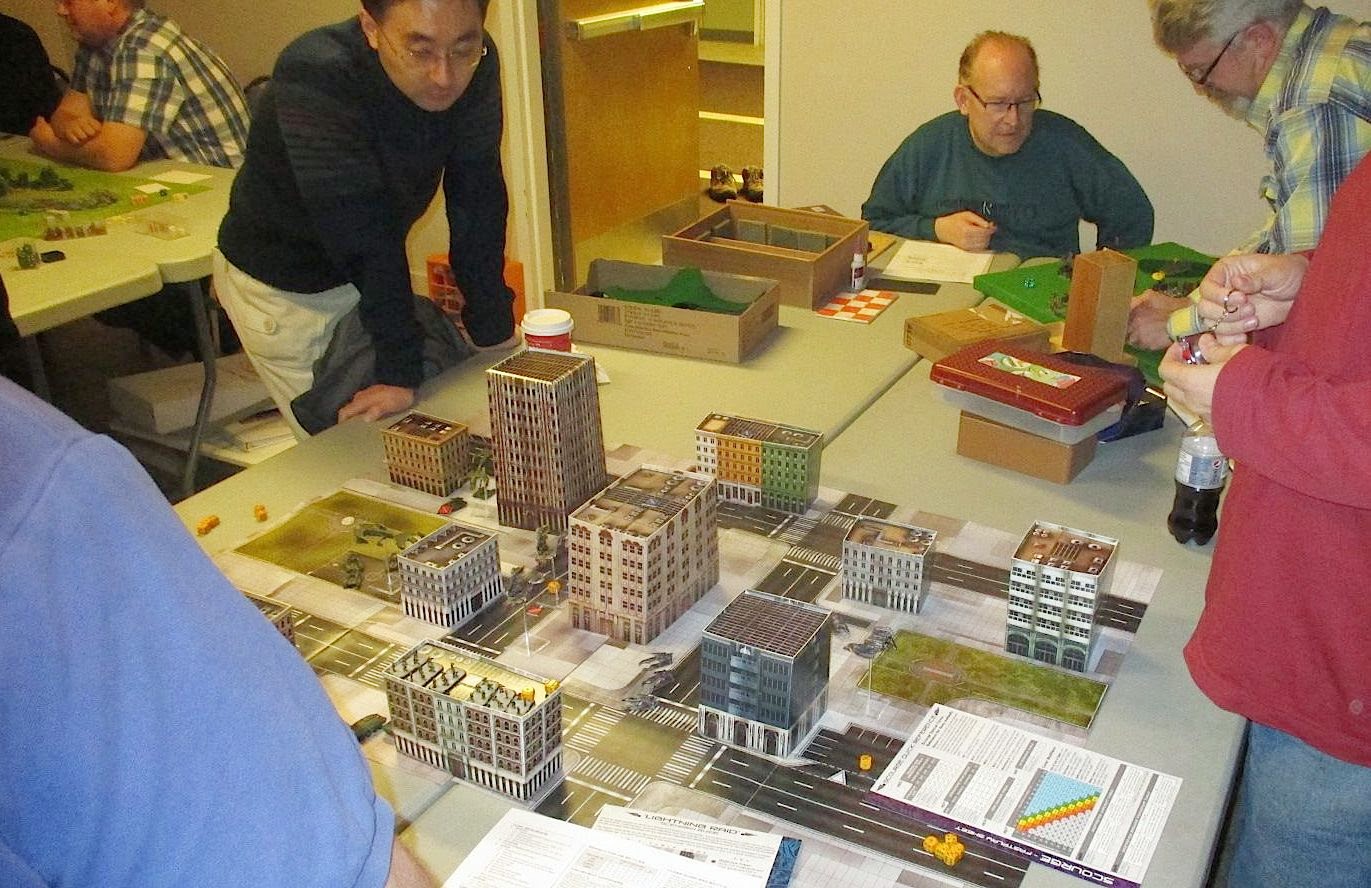 Bruce brought out Look Sarge, No Charts WW2. A double impulse was credited with turning back to Allied invasion. 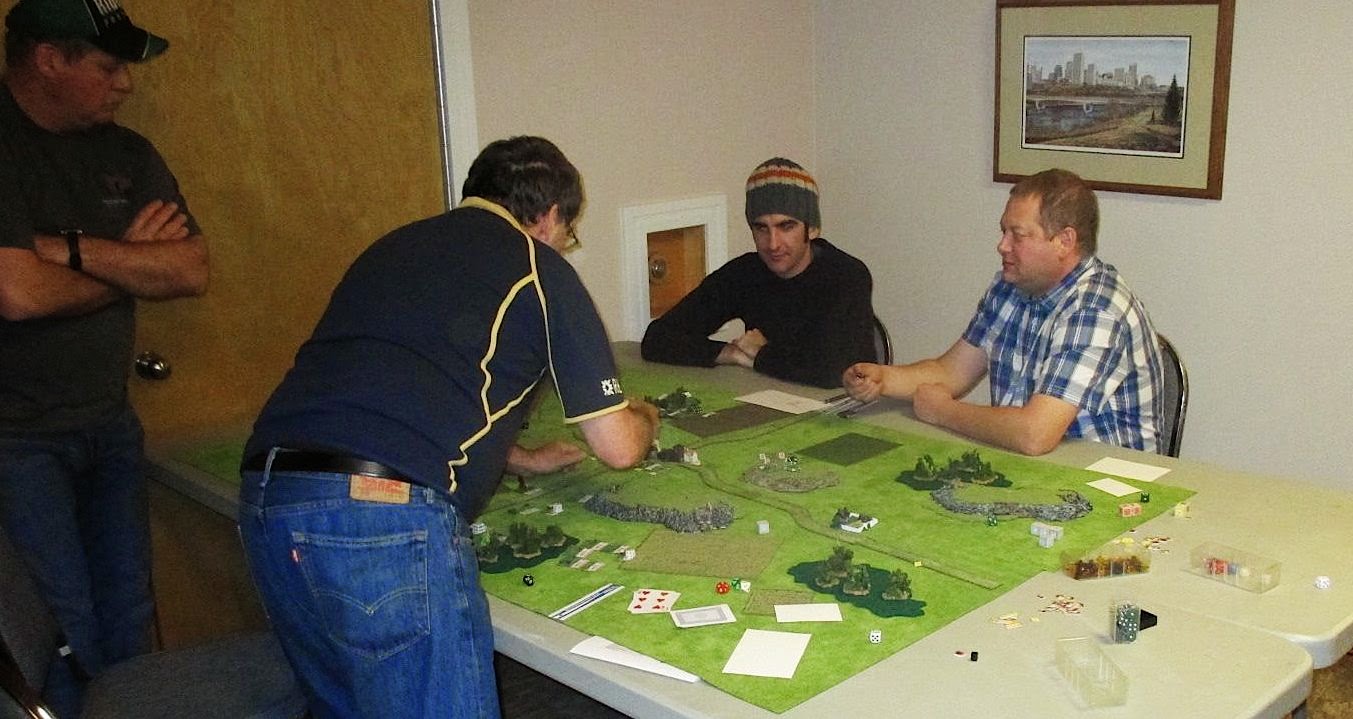 And there were three games of Warmachine. Again so crowded was hard to get a decent picture! 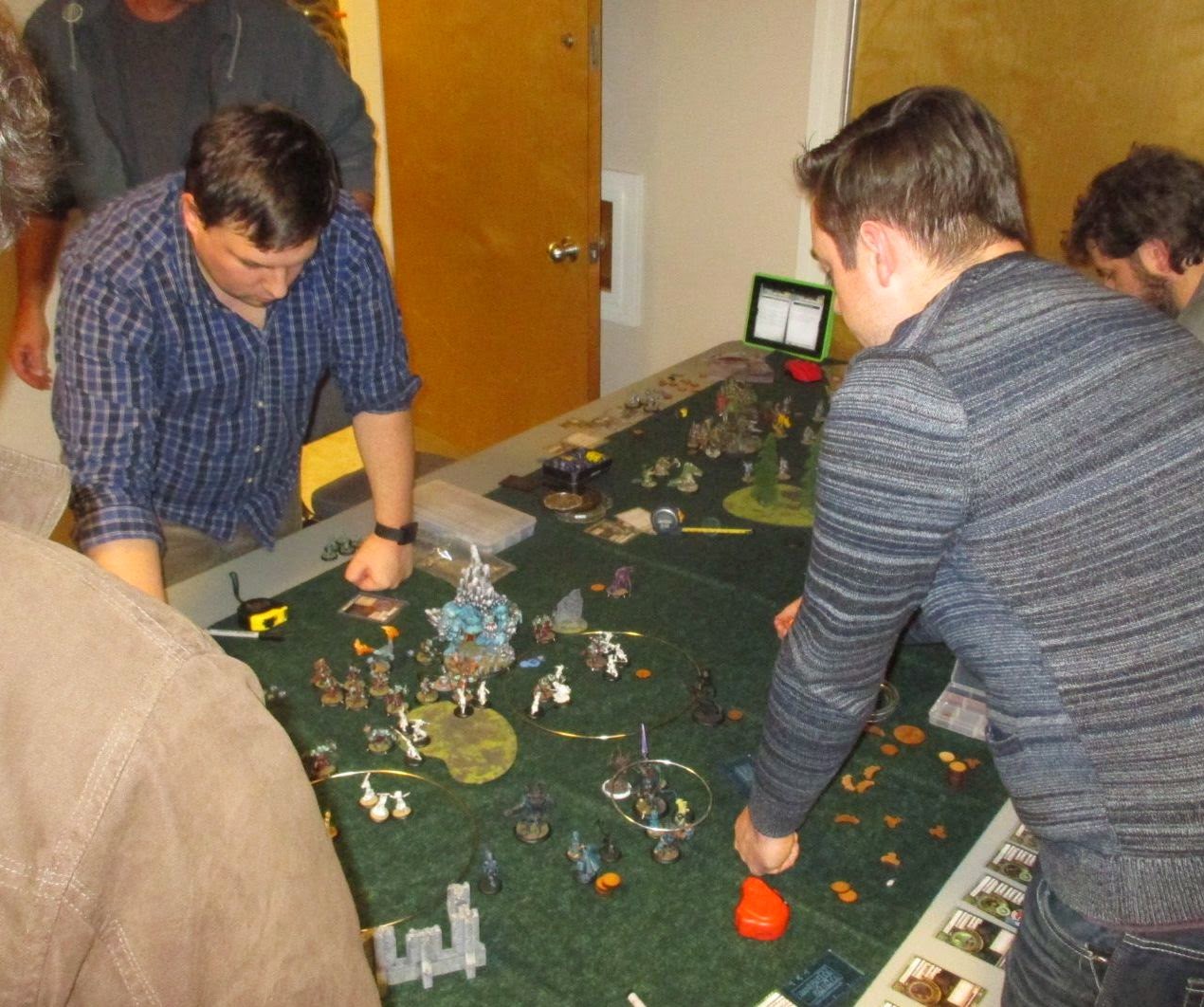 Great to see so many people out! Certainly not a lack of games running either which is also very cool!

Yes, and quite a bit of diversity!