I fled my wife's book club and visited Bruce for some Square Bashing. This was a late WW1 Canadian attack against a German position. My plan was to try and move up the centre and right of the board to grab the three objectives (poker chips) while feinting over on the (unpictured) left where there was an objective on top of a hill. 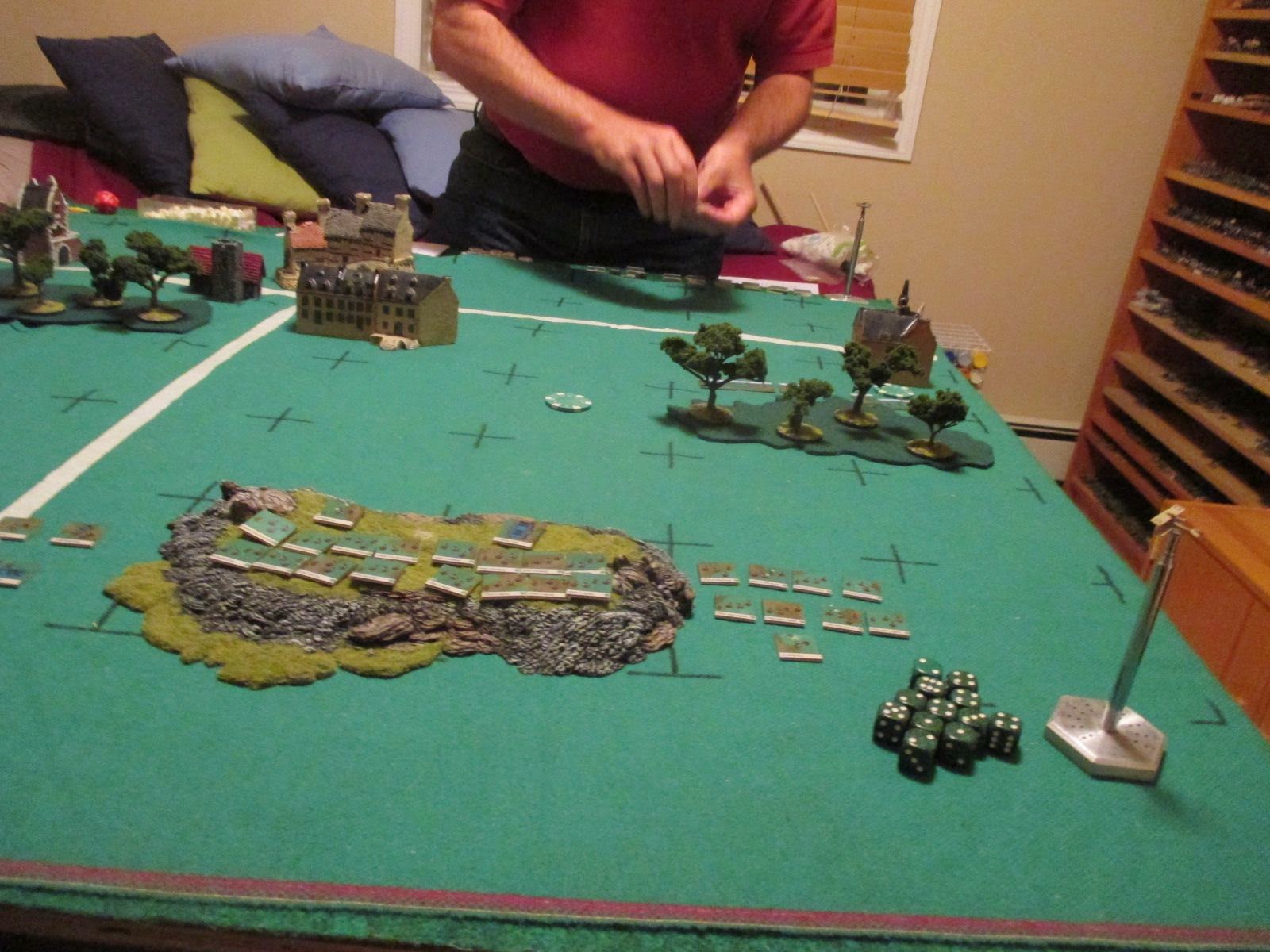 Things went reasonably well in the centre, largely thanks to Bruce's awful dice rolling. Virtually no reinforcements or divisional assets appeared while I used bombardment to isolate his troops. I think if we played more often, we'd both be much better at this and I would have to come up with a more elaborate plan! 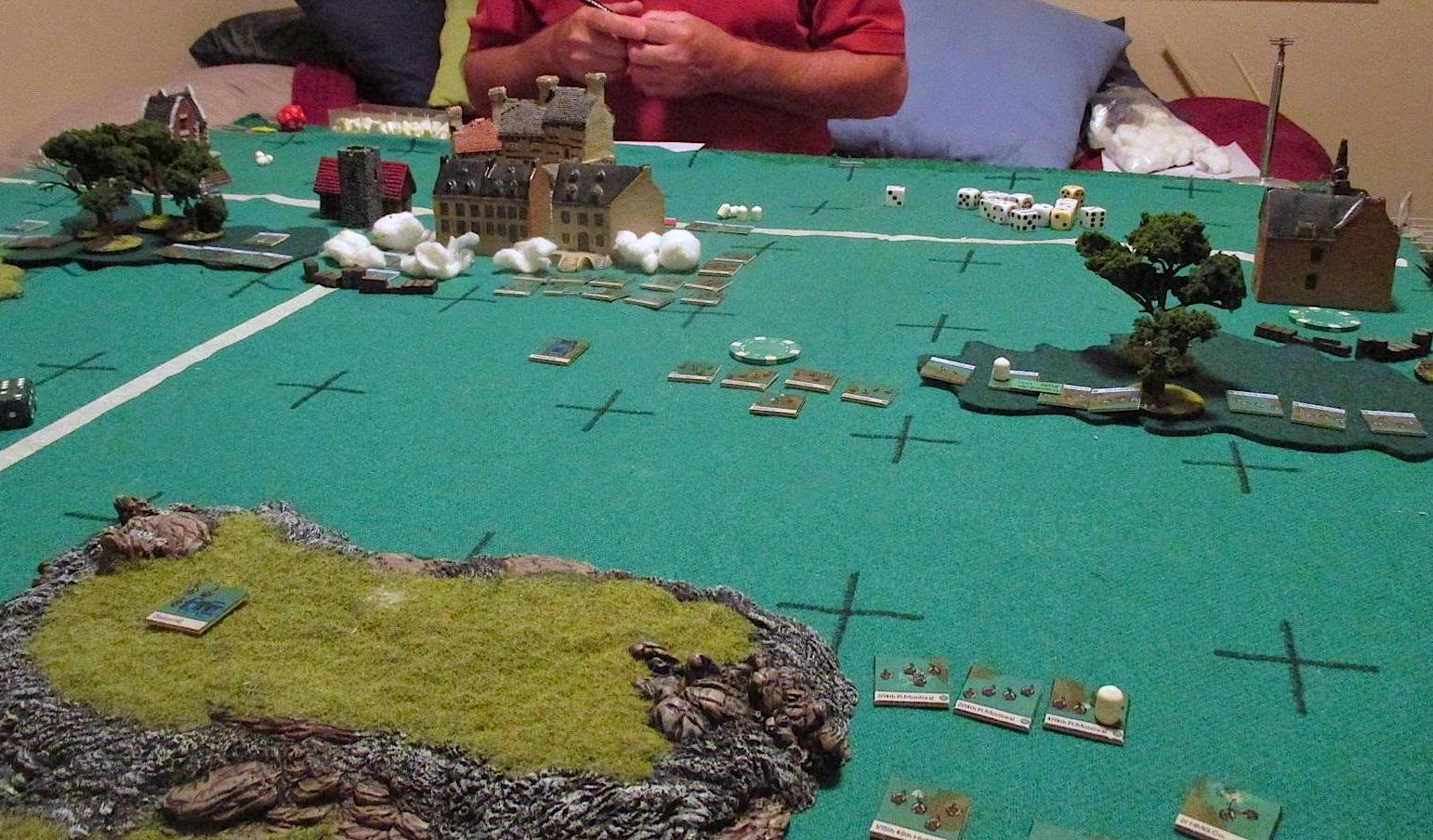 My attack on the left ran into trouble and pulled back, conceding the objective. But I managed to bag two of the three objectives in the middle and was poised for the fourth when Bruce conceded. It was a close game when we tallied victory points. 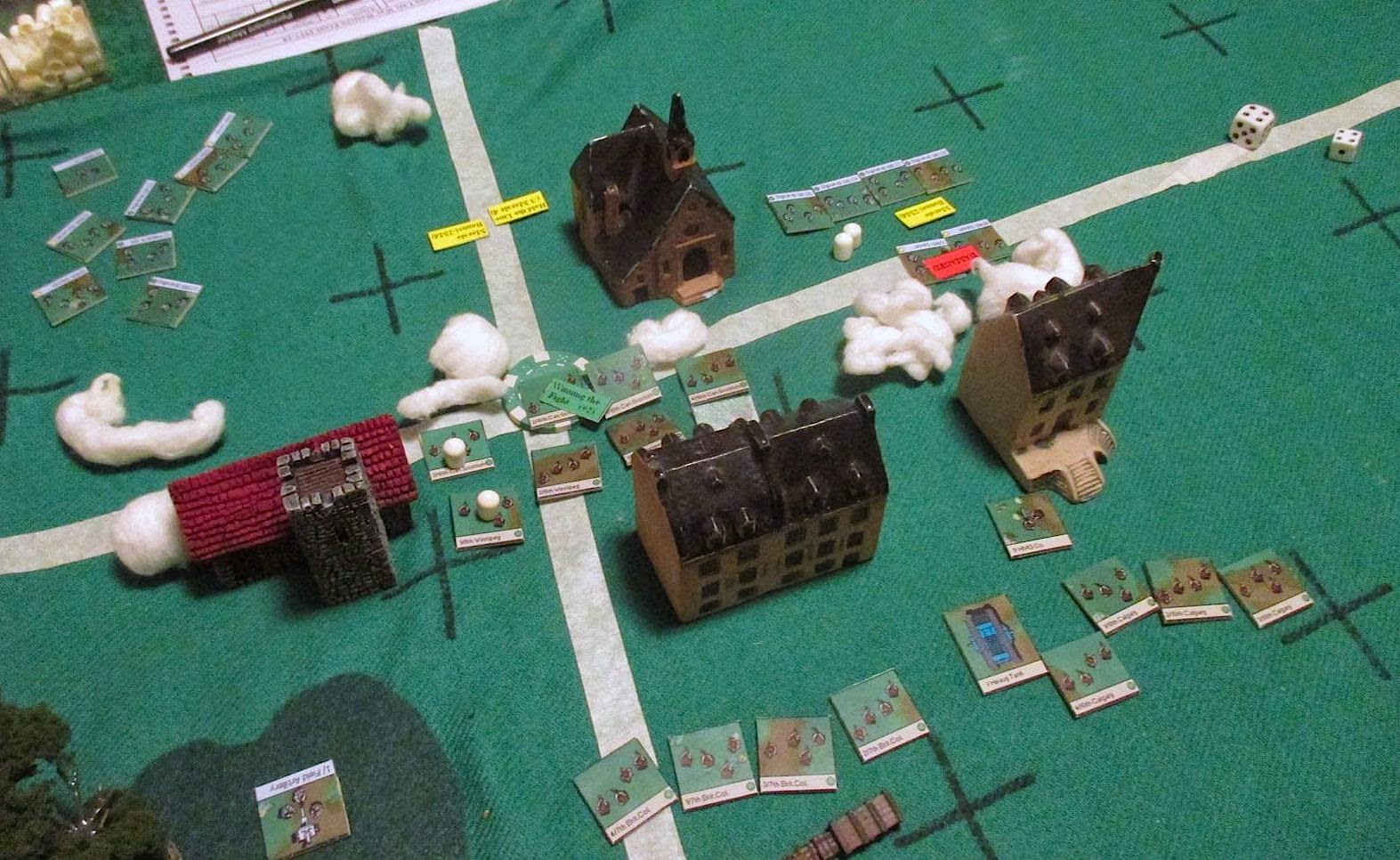 Bruce then hauled out some new paper-and-foam core terrain he had constructed, bringing a 28mm tavern for Swashbuckler into three dimensions. It is amazing (pardon the bad light and shaky picture)! 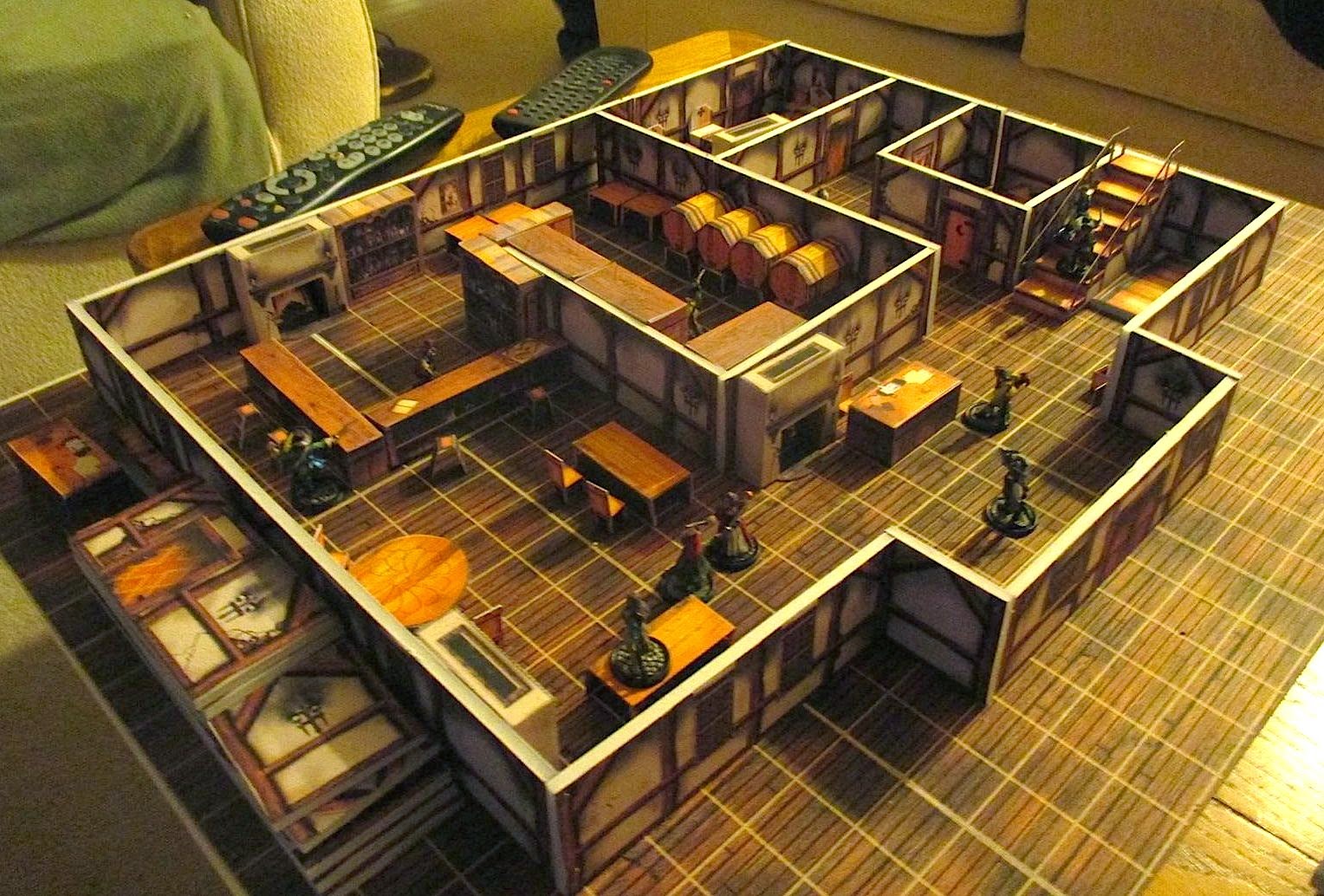