Bruce hosted a game of Look Sarge, No Charts: Napoleonic Wars last night. This was our first go at these rules and they shade towards a lighter approach to Naps. likely aimed at convention games. 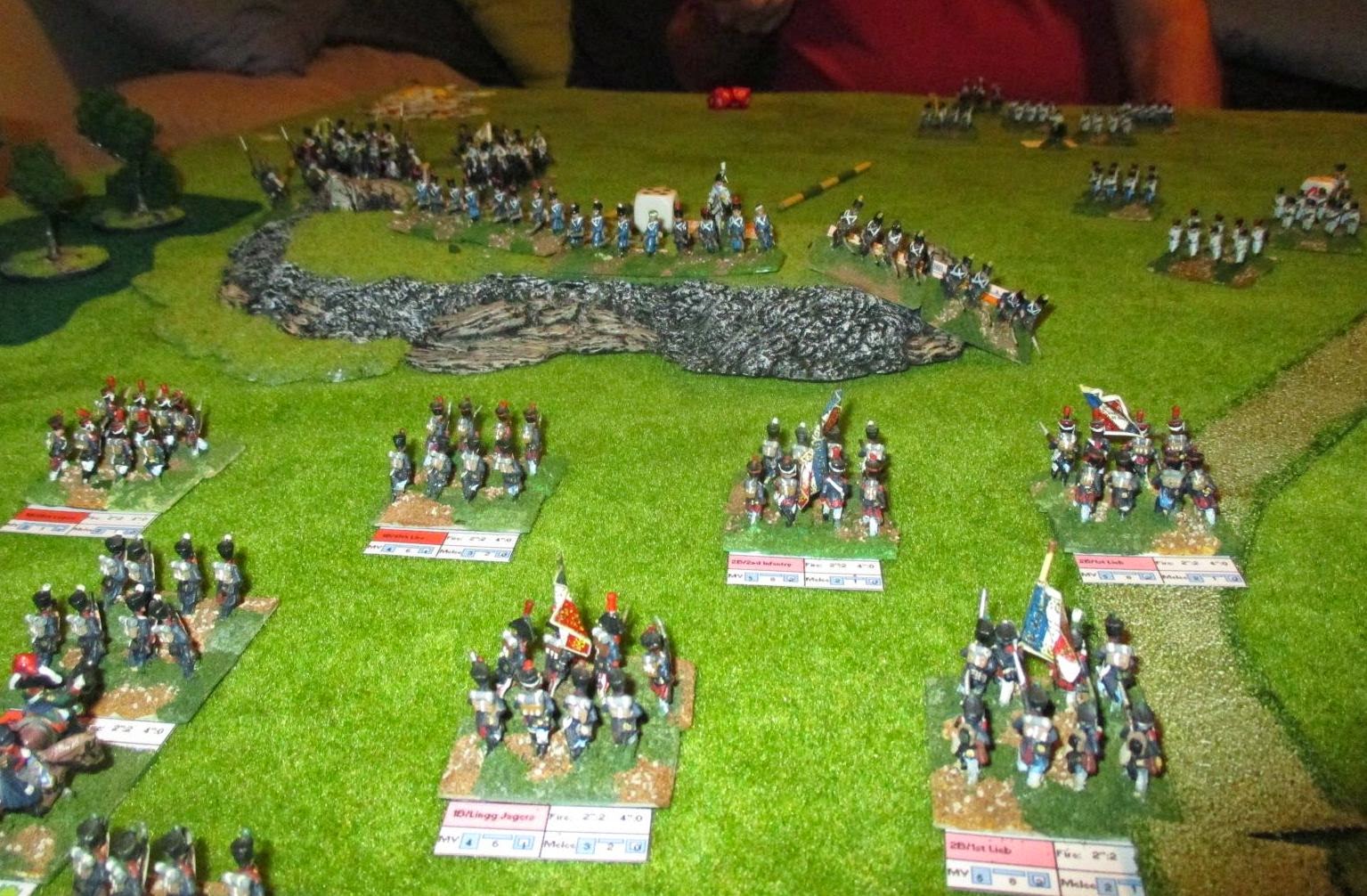 We played a meeting engagement (French in foreground; Austrians in the background). The game has card-driven activation and random turn end points (deck of cards with a joker to end play). You can activate each unit up to twice a turn, depending on the cards.

Combat is pretty swift with random (special dice) results if you fail a test or have to fall back. Movement is generous and not picky--about the same level of abstraction as DBA (although there are formation options) but without the geometrical games.

Our game saw an advance and combat upon a hill. Then a short pursuit on the left while the right side was refused. Units can take 3 hits and their combat power degrades in interesting ways. First hit means you only hit if successful and your roll is even. Second hit means the same rolling restrictions and you can only fire if the card that activated your unit is black--sounds complicated but very slick.

Skirmishers are also slick. Only matter if you are close. Both sides roll and the winner has skirmishers that turn (which make it slightly harder for the other side to close). The effect is nicely proportional to the rules.

Up next: I have been building 15mm WW2 tanks but my back is sore so painting is slow.