...is how you win at CCN. Or it helps anyhow. Bruce hosted me Tuesday night for a French v Russians match up. The French have some traffic issues and the Russians are in reasonable defensive positions. A fairly quick Russian win in game one so we switched sides.

I was worried about playing the French. But I needn't have. I moved into position and then jumped forward at double time on the right. 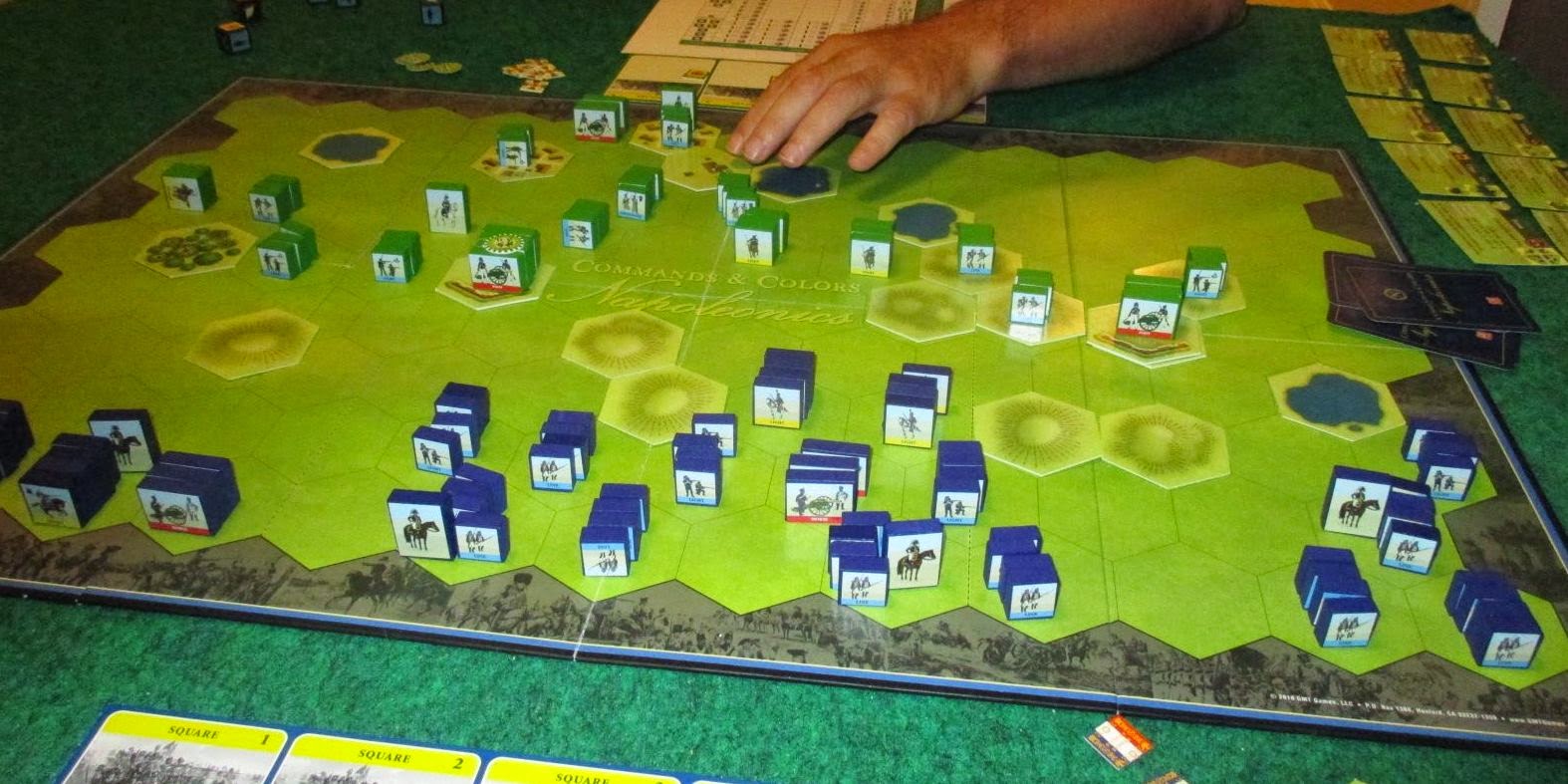 Yes Bruce, that is the hill I'm going to take with no losses on a single roll. It pretty much went downhill after that for the Russians as the French mopped up the right flank and managed to grind away on the left. 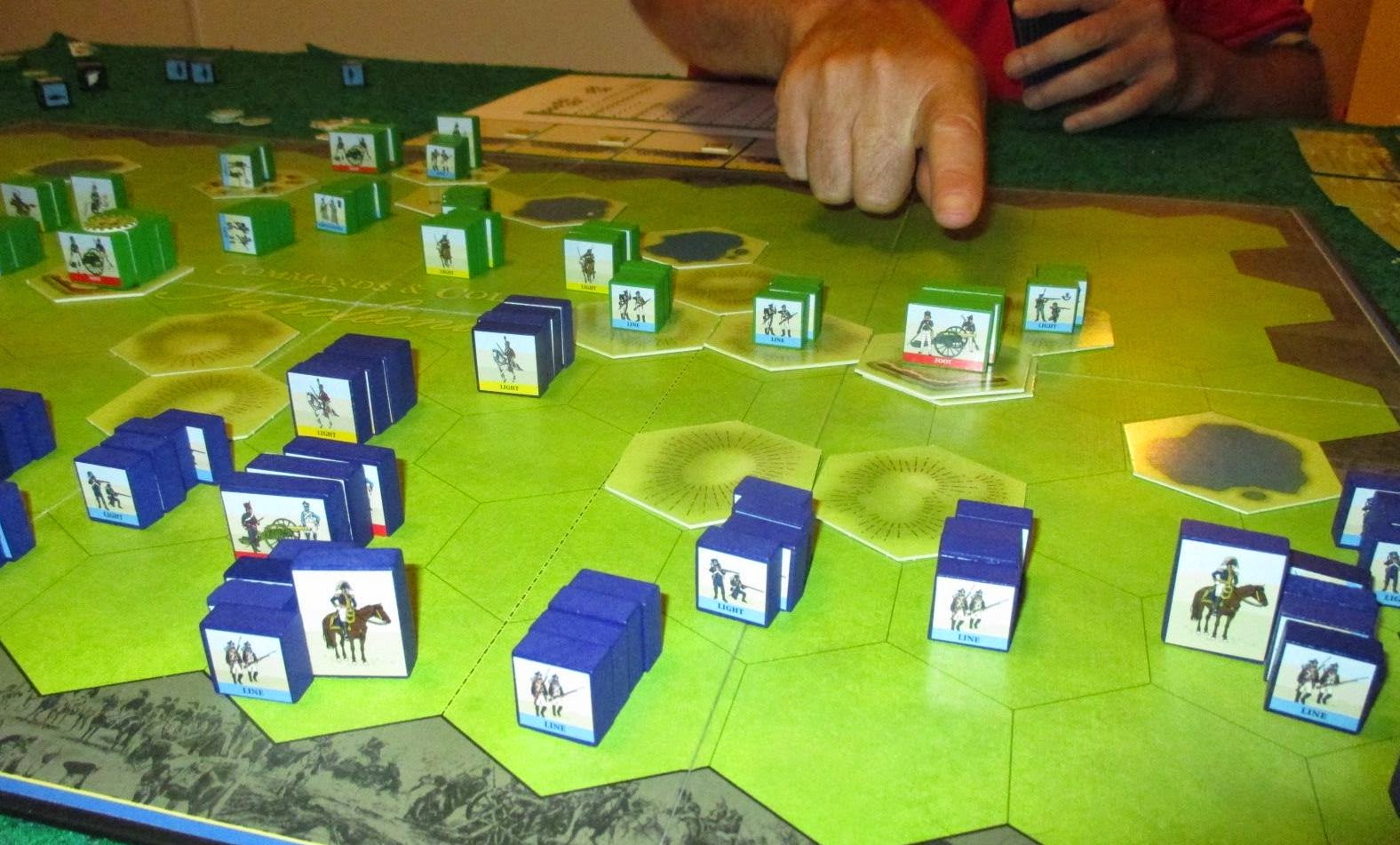 Continued unbelievable dice rolling made up for a card hand that started to crap up. Cavalry charge? But I've got no horses left?!? Bruce was a pretty good sport about a pretty awful and unfair evening.

Up next: I have some more 15mm WW2 French finished and more on the way. And then it is the club on Tuesday.
at 6:50 PM

I've got mixed feelings on CnC games. Enjoy them, but sometimes they leave me a bit cold.

Yeah, they are a mixed bag. What I like is how the cards model fog of war and command limitations, the simple mechanics (it is possible to play the game perfectly) and the lack of ambiguity in the area movement.