We had about 14 guys out last night with three games running. First up was Chen's game of Ambush Alley in which he hosted John and Andy. There was a sci-fi element to it which looked pretty cool. Unfortunately, I only got one (blurry) shot. I suspect the CIA tampered with my camera to quell rising panic about the alien invasion. Must go find my tinfoil hat. 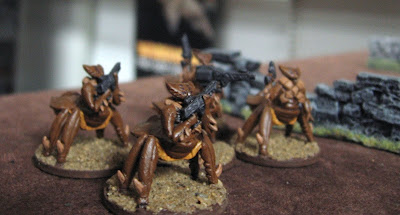 Dave C hosted a mob of guys (six? eight?) using a HYW version of his MayDay Impetus game. You can see full details on his blog here. I have one shot of some motion in the backfield prior to the ball snapping. 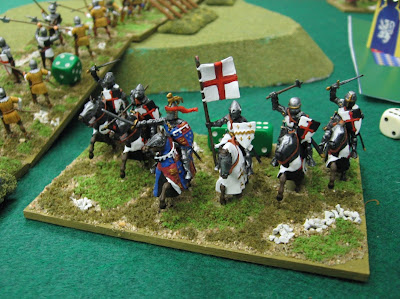 Speaking of snapping, I ran a playtest of my MayDay game: an AWI adaptation of Basic Impetus Freeman's Farm. Although the game ended in some disarray, the playtest accomplished its end and I think the scenario works. The game began with some map movement. Here we see the troops coming onto the table (Brits marching from their central entry point. 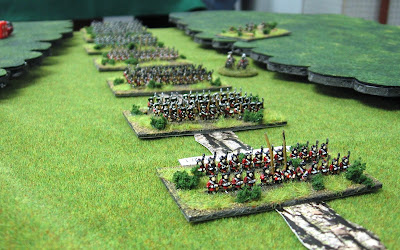 Fast forward to the game beginning to take shape (Brits on the left, Yanks on the right). Very little ended up happening in the foreground (the opposite of my playtest where both sides sought advantage by trying to turn a flank). 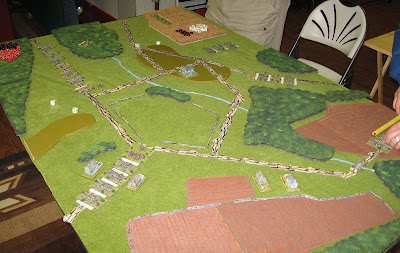 Below you can see the British lines formed up and advancing against the hill. It was interesting to watch an actual deployment from line to column take place within the rule mechanics (may have been boring for the players, though!). The some softening up and then a charge forward with steel. 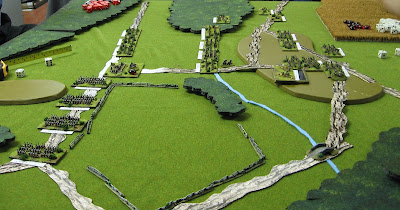 In the end, the British took the hill but also took a lot of casualties. As the clock ran down to the metaphorical last minute and, for the Americans, dusk could not (and would not!) come quickly enough. In the last turn, both sides were within one base of their victory conditions. 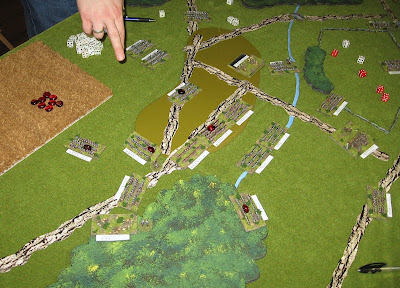 Unfortunately, history does not record the outcome; I'd say (tongue in cheek) the ending is in dispute. Overall, a useful playtest so my thanks to the players. The unit adjustment I made after my playtest was the correct adjustment. I think a few rule adjustments (a reform/reverse option, some enfilading fire modifier to the cohesion test) and we're good.

Up next: I have a bunch of 15mm Saracens done (just require static grass) so those should be ready by the weekend. I also have some 6mm AWI reinforcements and some 1/71 militia on paint sticks. And I have started the process of adding flags to my AWI troops following the rebase.
at 7:11 AM