I drove over to Bruce's last night (yay ice-free roads!) and we played three games of DBA. My Romano-Brits took on his Romans, Picts and then Middle Saxons. 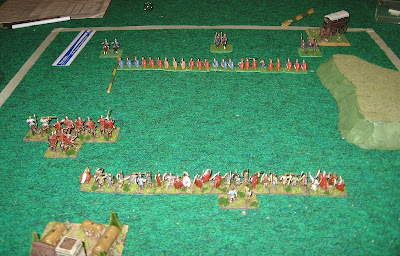 Here is the first game (the only one I photographed) with my Romans advancing up the left side to try and out flank his line. 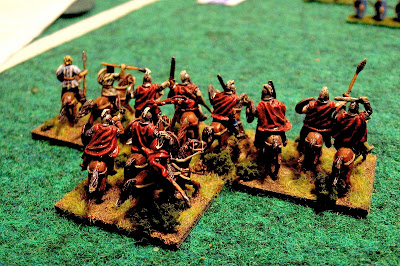 Against a blade army, the cavalry are the main weapon, although I may have been a bit too aggressive with them. The spear wisely did not move all game, waiting for him to come to me. 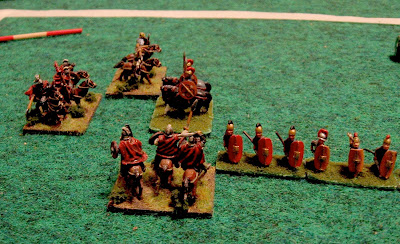 I eventually got in behind his line, greased a couple of units and pushed his general about. 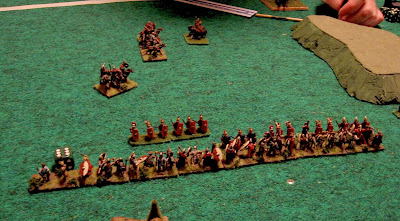 Finally our lines collided with my cavalry rushing up from behind. Bad rolls and a weakened army meant Rome broke before his blades to grind my spear.

The other two games were not as successful. Game two was dramatic, with Bruce's Picts manhandling my cavalry at the beginning. He then lost his general and my general managed to drive two of his light horse off the table while he suffered the double pip rule. Then his spear crushed mine with overlaps. Game three was a clear Saxon victory. A good evening!

Up next: A quick trip to the Sentry Box this week. Then back to start on 15mm DBA army (Carthage sand Rome). These are on paint sticks and primered. Now for the flesh!
at 6:34 AM