I finished up 76 15mm Saracen foot I agreed to paint for a friend, thereby bringing this foray into the Crusades to an end. The first group are some heavy infantry (chain mail) with some axe-men on the right hand-side. 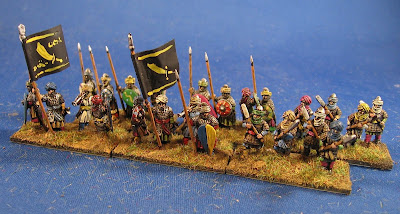 The axe-men have some sort of padded armour (as far as I can tell). 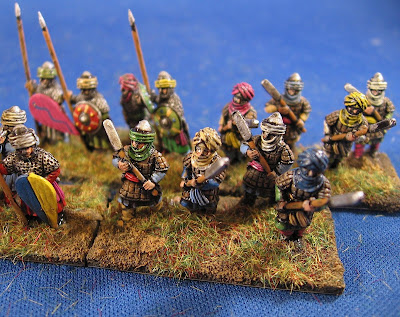 Then there are some medium infantry. 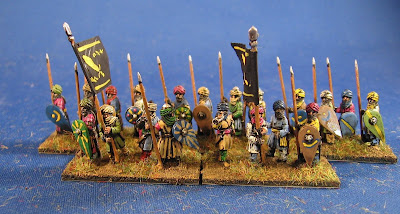 And a whack of skirmishers (combination of bow and javelin).

This close-up on the bow shows the level of details in the figures. In some places, the figures exceeded my ability to adequately paint them. 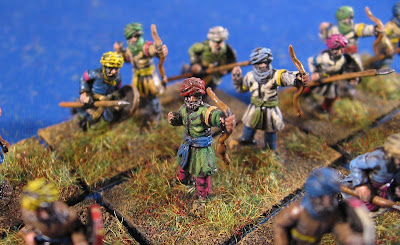 And then here are some formed bow men from the right. 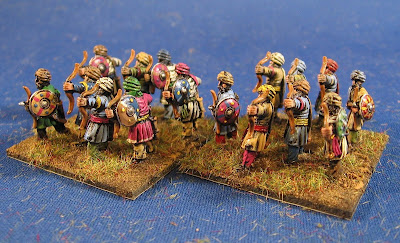 And from the left. 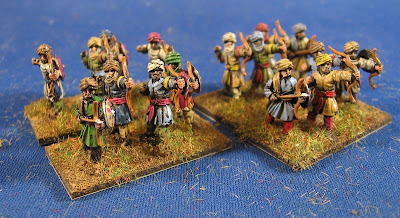 In prep for MayDay, I have also been attaching flags to my rebased AWI regiments. Here's an example. The flag adds a nice finishing touch to the base. 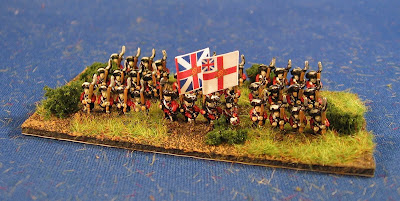 On the bench is a bunch of Airfix 1/76 confederates who will double as 1812 militia. I had these same figures in my first army (about 1976) that was donated to me by the old fellow down the street. So much damned enamel paint flaked off them that I eventually pitched the lot. It will be fun to try my hand at painting these again. 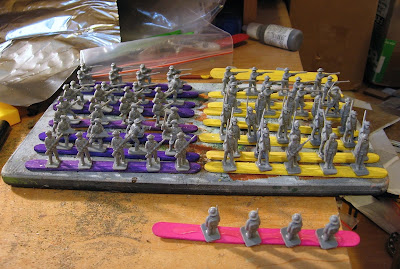 Up next: Perhaps a short review of the new GMT Game Washington's War (reworking of We The People). I also have a some 6mm AWI guys on paint sticks for MayDay.
at 12:44 PM

Great job on great models! If only they were on Impetus big bases ;)