I finished more figures from Imperial Assault (about 2/3rd through commission). This week, I did some henchmen for Jabba.

First up were some Gamorrean guards. There were suppose to be four, but one spear was broken. When the replacement figure arrives, I'll paint him to match.

These were nice figures--great detail and lively sculpts. 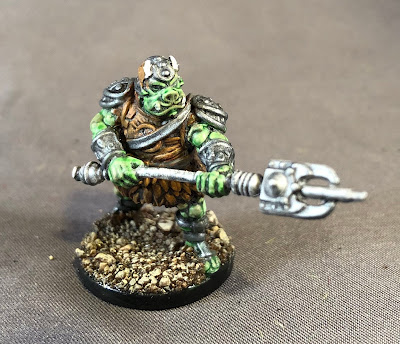 I also started on four Weejay pirates. I finished two this week. 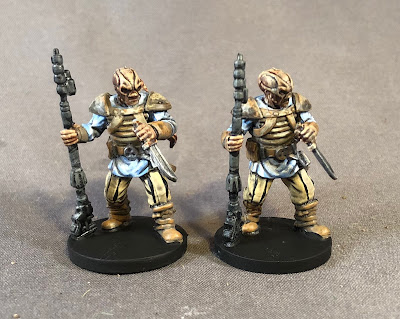 Again, really nice figures. I spent some time trying to hand-shade some of the materials. Not sure it mattered in the end. But happy enough with the results. The other two have a different base and different colour scheme. 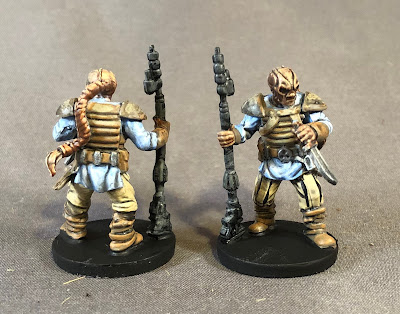 I have some more pirates and some heroes underway and then I turn my attention to some Hot figures (which require a different approach to basing).
at 5:00 AM

Hmm never looked in the box, did they also have that little green female dancer in the set? I may need to go poking around to see!