Last of the Tatooine expansions

Some more Imperial Assault expansion figures rolled off the production line this week. 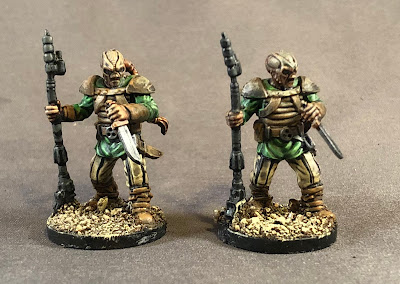 First up were a second pair of Weejay pirates in a different paint scheme. 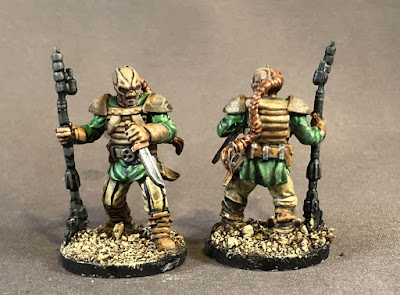 Then I finished off three heroes (or villains?). There was a Greedo-esque figure, Mr. Narwhale, and some lady wearing blue storm trooper armour. 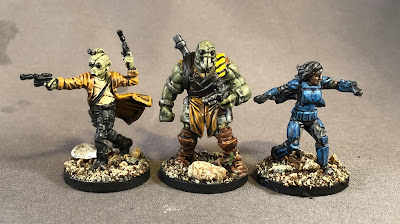 These were interesting figures mostly because they required me to sort out different painting techniques to match the various photos I had. Some wet-on-wet, some washing, some drybrushing, and some block-and-dip. 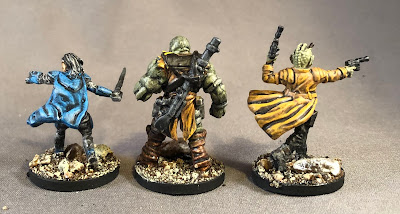 I'm presently working on the last expansion (Return to Hoth) for this commission as well as rebasing some 1/72-scale War of 1812 figures to go with some new Osprey rules.
at 6:38 AM