I spent the holidays moving a bunch of half finished figures to completion. This included two RAFM Cthulhu figures I got from Chen (there are three more underway). 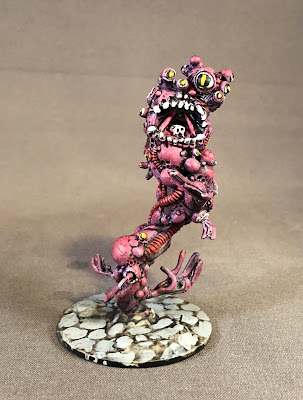 First up was this pink fellow. I really struggle to find a suitably otherworldly paint scheme. I went with pink because this figure looked rather fleshy. I choose green for the thing below as it looks amphibian. 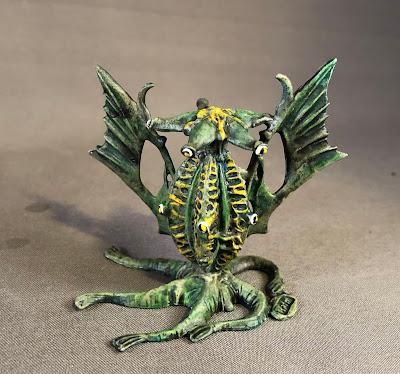 I also finished off nine 15mm mounted figures from an old Battlelore 1st Edition box that I picked up last Boxing Day!

I did the foot troops earlier this year but struggled with the cavalry (fiddly and not that interesting). I think there are five more heroes somewhere on my paint table that need attention but that is likely all of the 15mm fantasy that I need.

The Flying Polyp and Elder Thing turned out great! Do you have any particular plans for these?

Thanks Tim, to you too! No specific plans--maybe a pulp alley scenario one day? More of a trade of opportunity while I was working through a Lovecraft Anthology last year.

Great painting Bob! I was afraid the flying polyp (the pink thing) was going to be too top heavy, but it looks like you got it to be pretty stable.

Thanks Chen. Yeah, it was top-heavy and is still a touch tippy despite the washer on the base. But good enough!