I found myself short a few cannons before Xmas. I didn't want to pick up two more boxes of Armies in Plastic cannons so, instead, I bought three metal pencil sharpener off eBay.

These scale pretty well with 1/32 minis (I think the cannon on the left below is AiP). 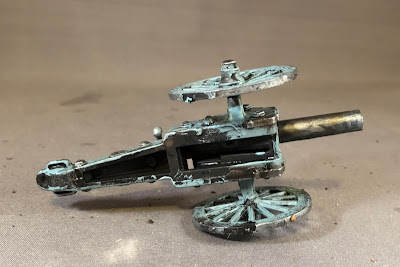 Above you can see the sharpener that is built into the base. The only change required is gluing a bit of card in place below the barrel to cover the opening. These sharpeners also shoot matchsticks (or did--I doubt they operate now!). 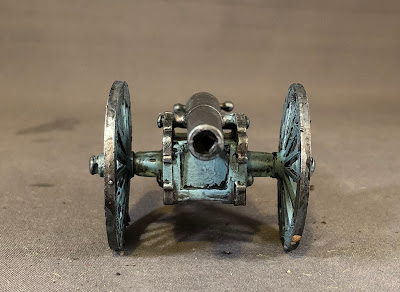 Once set among figures, they look the part. I paid about $20 for three, which was a deal. 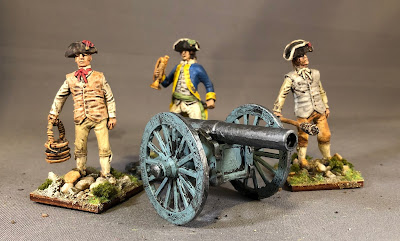 Up next: I have two groups of 54mm British AWI guards underway plus some 28mm furniture and some HO-scale garbage dumpsters.
at 5:00 AM

Very cool! I would've never thought about pencil sharpeners! I must take a look more closely.

Thanks. Yeah, pencil sharpeners are hit and miss but often the hits are worth the time spent searching.