A couple of days of rain kept me off the bike and out of the garden so some painting got done! Awhile back the fellows at TMP suggested I look to Irregular for a few command figures to fill out my Strelets 1/72-scale Romans.

These arrived quickly as usual and I put together three bases. They fit in nicely with the plastics (on either side in the picture above). I gave one fellow a purple cloak (in case I ever need a CnC). 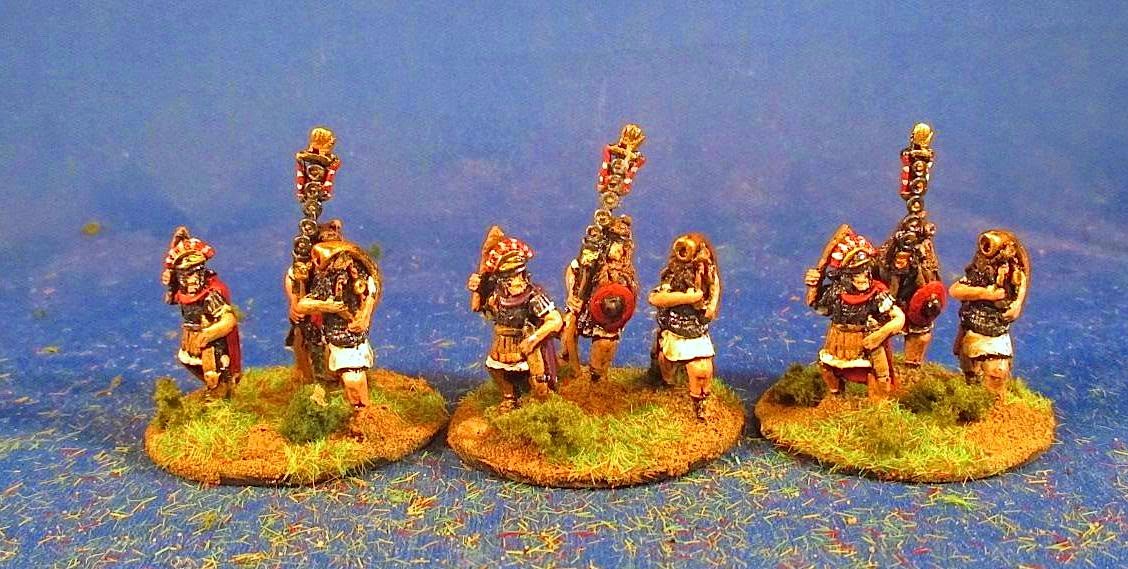 The figures are meant to form up in a line. They have very nice detail in the wolf skins. 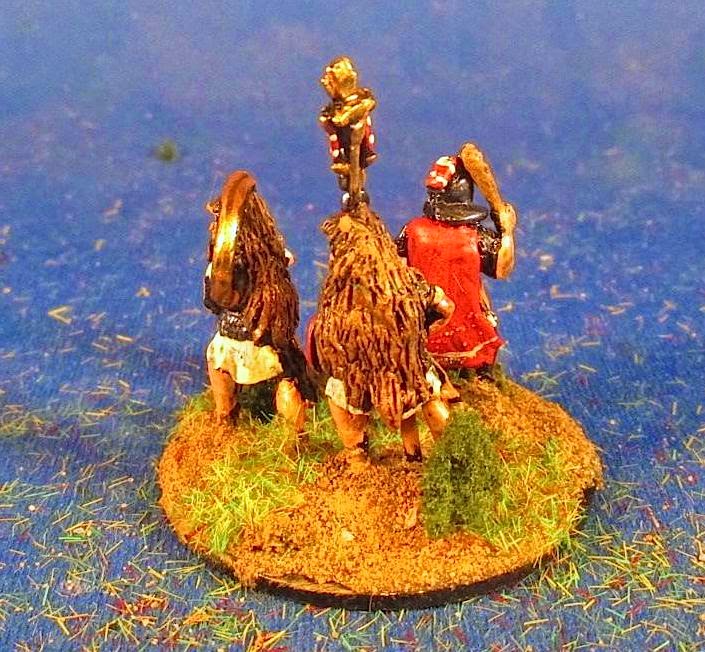 I also ordered the two war machines I need for the various Roman scenarios.

Up next: I still have some late Roman cavalry. I am slowly starting to pick up stuff for my 2014/15 project: Memoir '44 (well, Memoir '40) in 1/72-scale. If the weather turns, Iw ill start to assemble a couple of these guys. I'd like to up the level of detail in my painting since the project is relatively small. We also have the club on Tuesday night.
at 1:59 PM

Great work on these Romans!

Thanks. they are now ready for epic CCA!