We had 10 guys out to the club last night to celebrate 10 years of gaming! Dave hosted a Juno Beach themed game of Memoir '44 (which ran twice). We also booked the venue for MayDay 2015 (also its 10th iteration). 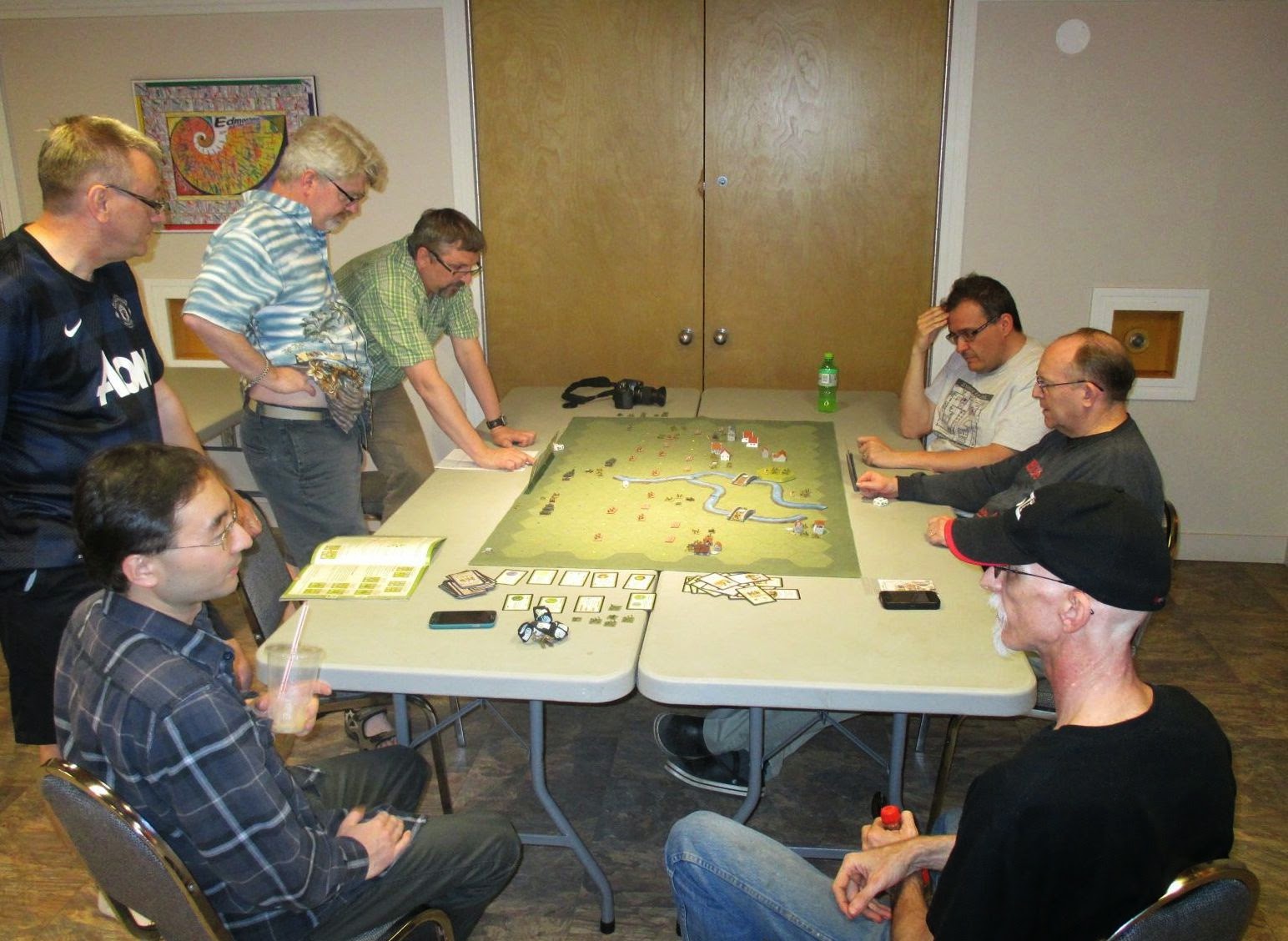 Bruce and I played a two games of 1775. Game one was quick as Bruces luck with the cards meant he had to play both truce cards (to end the game) in 1777. I think (and my memory is sketchy) that the Americans won this because Bruce couldn't time the game end with his cards. 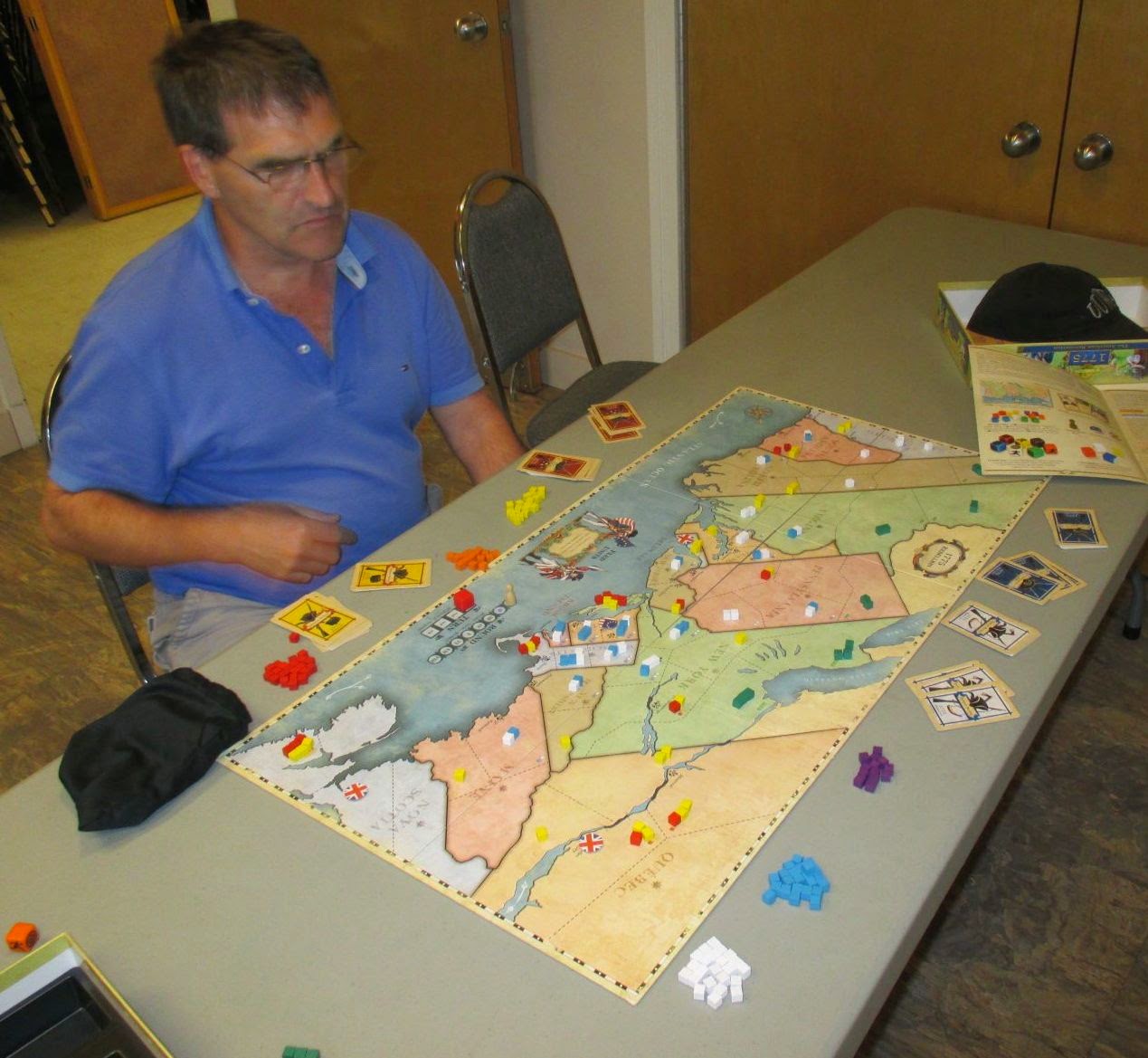 We played again. Bruce again ended the game early on but there was enough time for the British player to undermine the American lead (maybe a tie?). 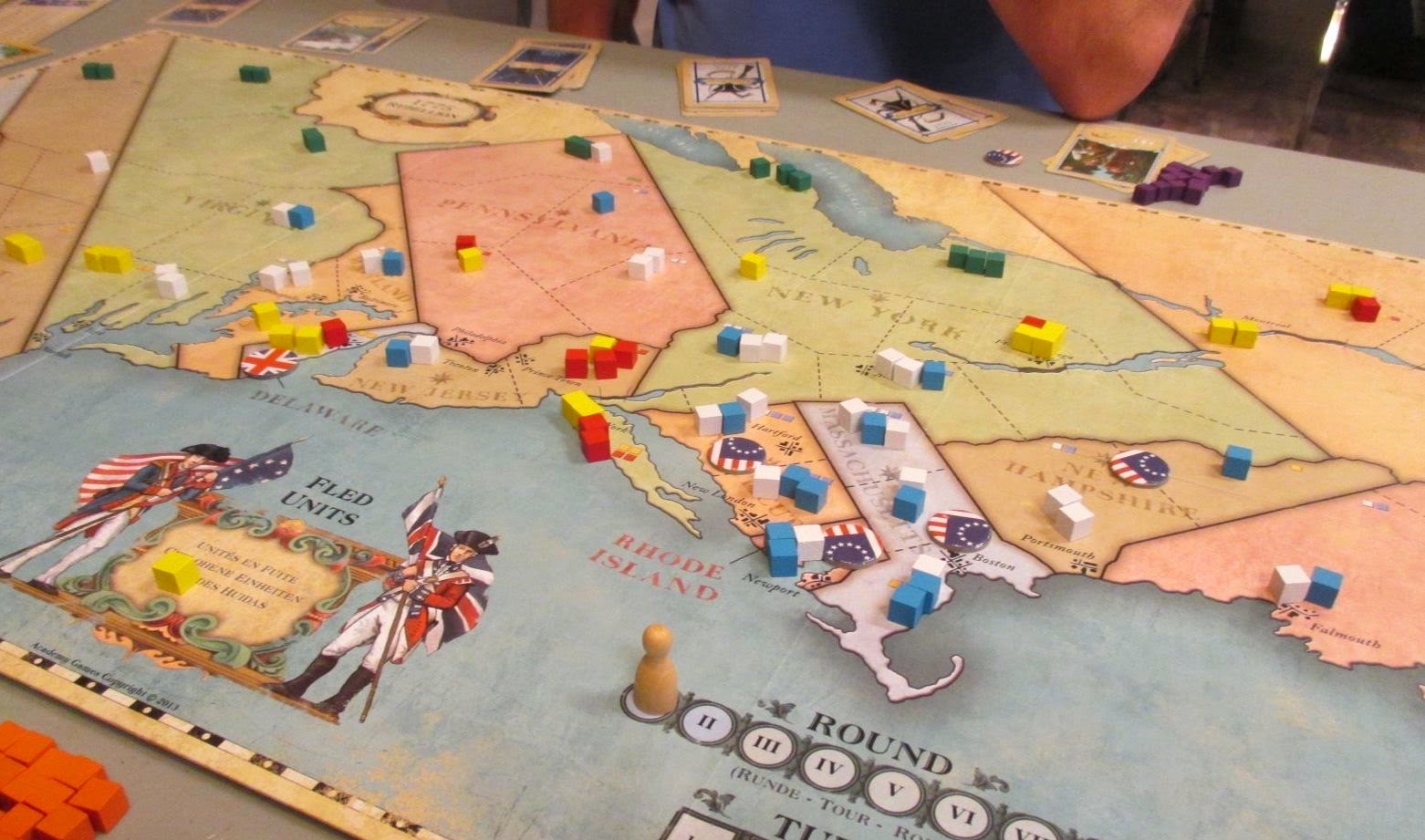 Up next: Bruce and I have some sci-fi scheduled for this week and it looks like the next club night is also a soccer bye (unless there is a rain out to play).

Up next for the club: An autumn auction to cover the rent and, hopefully, more games (we had a lot of onlookers last night) being offered.

Nice post Bob, I had hoped with it being the 10th Anniversary some more of the 'members' would have stumbled out of the woodwork. Gives us something to work towards for the 11th Anniversary!

But Terry, if they stumbled out of the woodwork they might have been bored since we were short of hosted games.

What we need is a few more guys willing to run games (even one more per night would do). Spread among the lot of us, that isn't a lot of work.