The first of the BEF troops for my Memoir '40 game is finished. This is an old Airfix 1/76-scale kit. I think this actually a later model than would have seen service in France but whatcanyado? 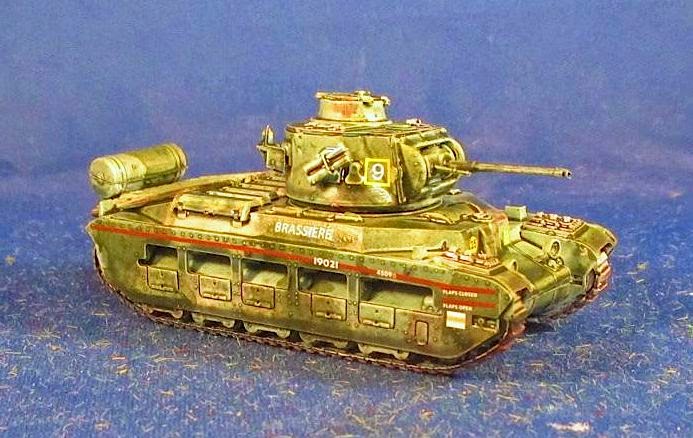 I did this in a two-tone wash. Meh. The decals help a lot--nice that they didn't shatter as soon as they hit the water. I endsd up using the Australian decals rather than the North African set, as the Aussie decals seem to work better with the green colour. Plus the tank was named "brassiere". 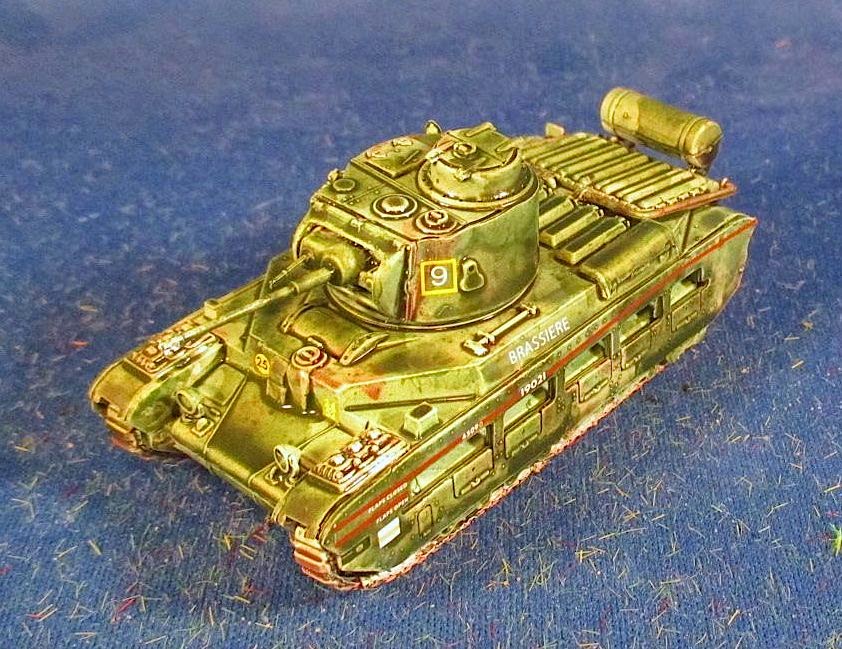 Up next: Likely back to infantry. I have a few French guys primed and a bunch of Zvezda units to build.
at 5:30 AM

Actually Bob, there were 27 Matilda II's in France during the 1940 Campaign, so your good to go.

Sorry, I meant to say it might be a later model of the Matilda 2.