I was out in St. Albert this week and dropped in on Mission. While I was browsing, I picked up some extra ships for X-wing--I hope there is enough here to get me to 100 points with various add-ons. Today Jess and I cracked the plastic and she grabbed the Y-wing while leaving me with Vader's ship. 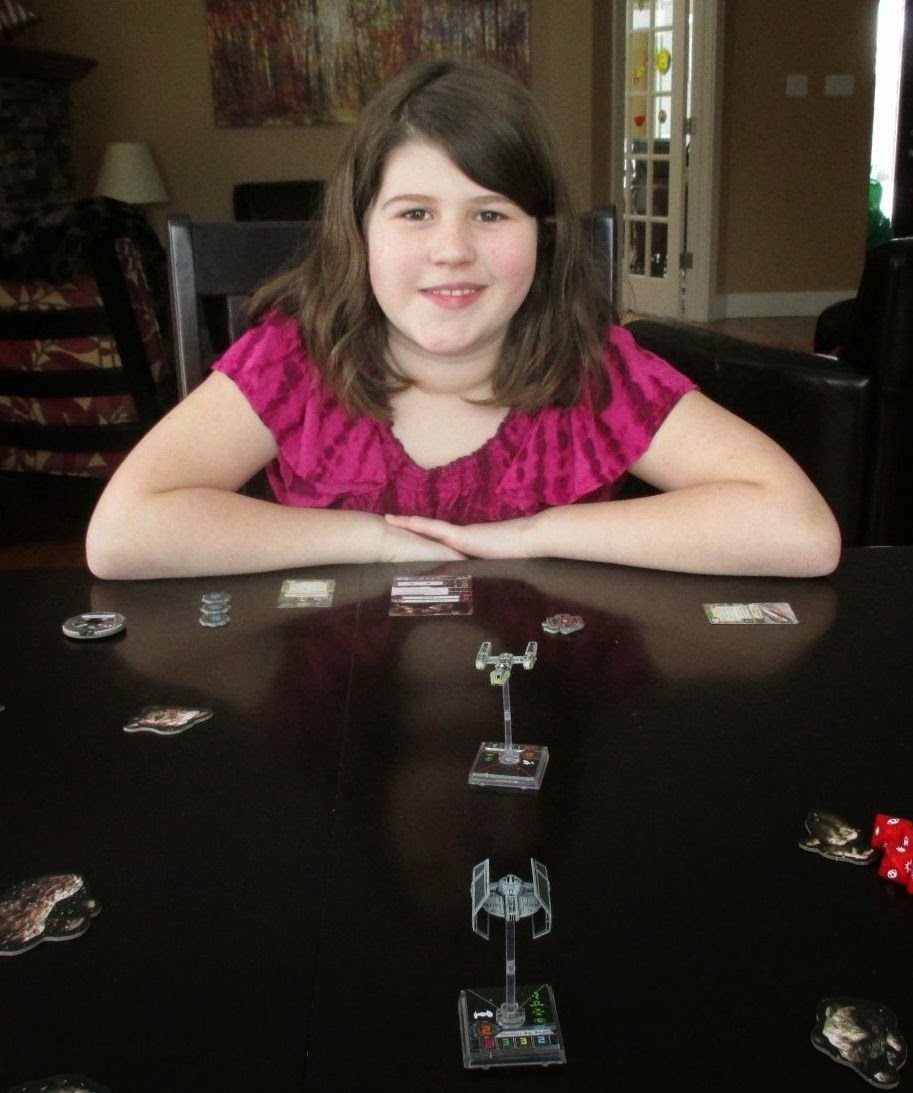 I pointed it in her favour but the Tie Advanced X1 Prototype is a helluva ship, even with a lousy pilot and nothing but lasers. She kept me at bay with her bloody ion cannon and a driod kept reducing her damage, but it was hard for her to ever get me in her sights. 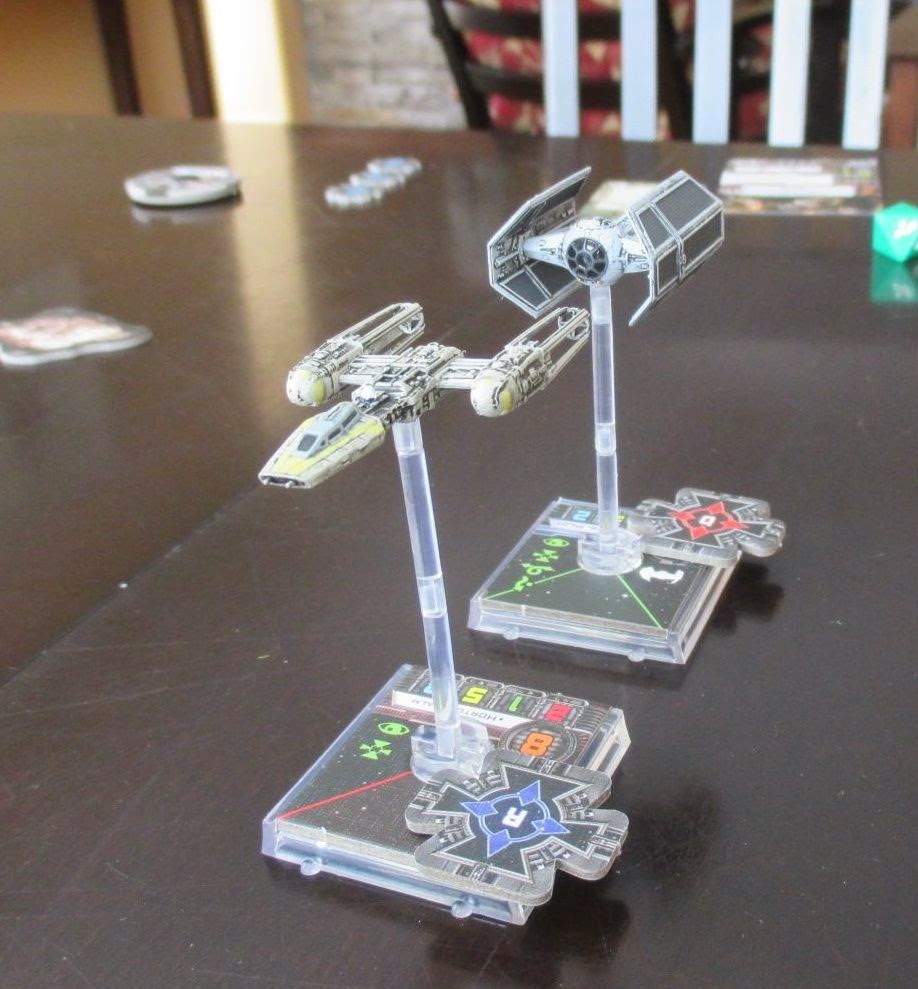 When she did, I was usually able to sneak away and loop around again. That said, the Y-wing is a real tank. Paired with an X-wing, it could be a nasty combination: get zapped by the ion cannon and the pummelled with torpedoes. 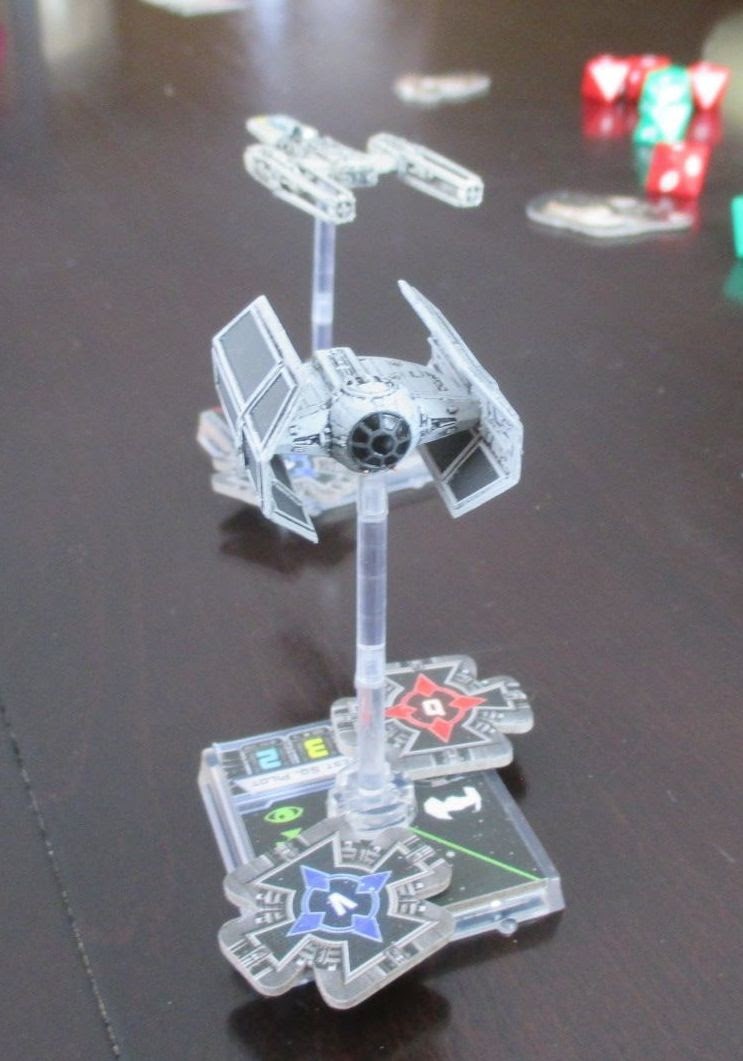 Up next: I made a bunch more movement sabots for an Epic game of CCA I'll be running on Tuesday. I have all of the painting done so it is just a matter of packing up the boxes and re-reading the Epic rules.
at 3:02 PM