I dropped in on Bruce last night for some WW2 action using World at War. I played the British (foreground) while the Germans are in the background. Both sides needed to fight for a hex on the German side of the hill. We also used prepared positions. 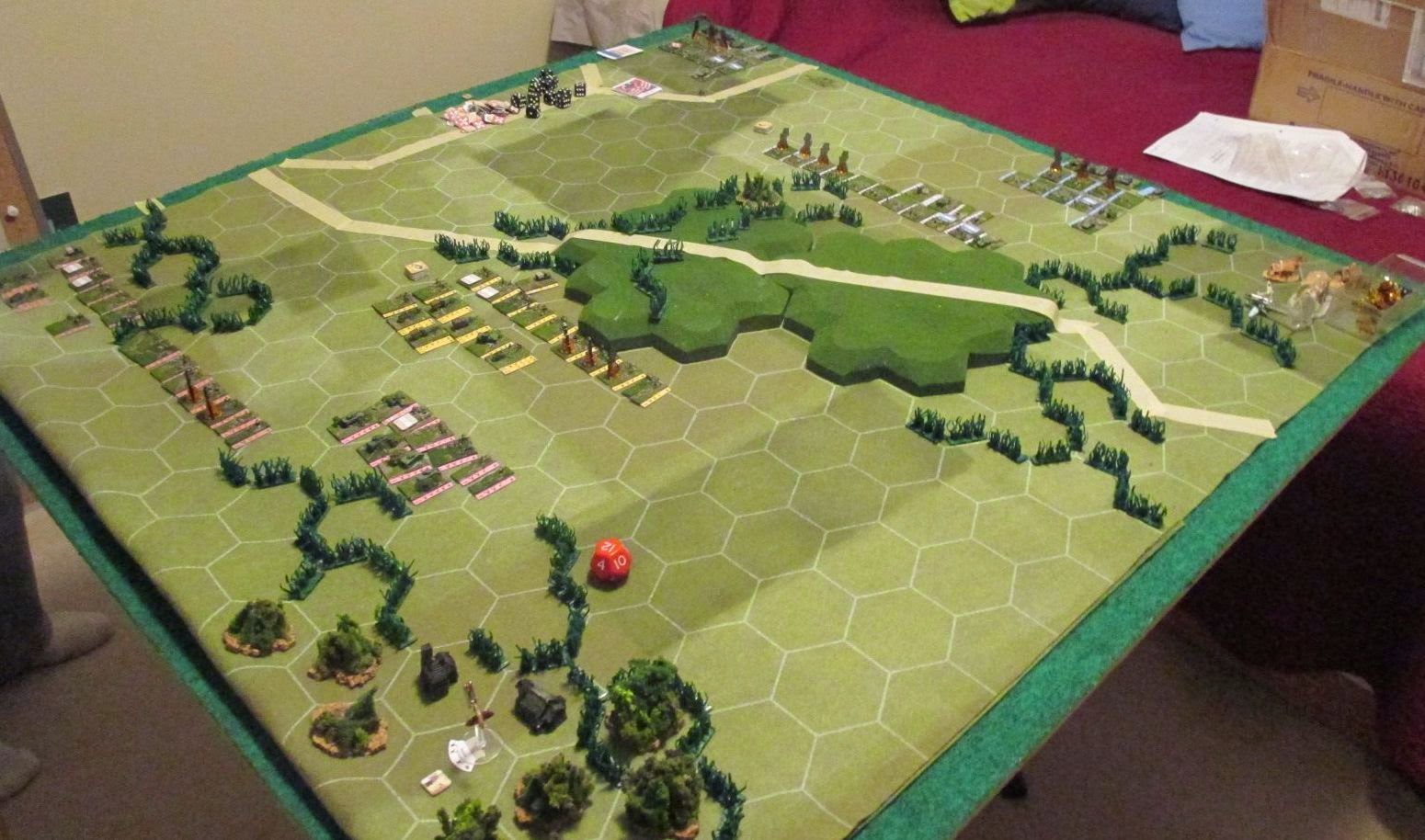 The open field on the left saw Bruce move forward, not wanting to get caught and pummelled by my artillery and typhoon. On the right, he moved into the bocage and started to crest the hill. I also moved forward on the left to some prepared positions (to prevent him to shifting too much weight against my troops on the hill. 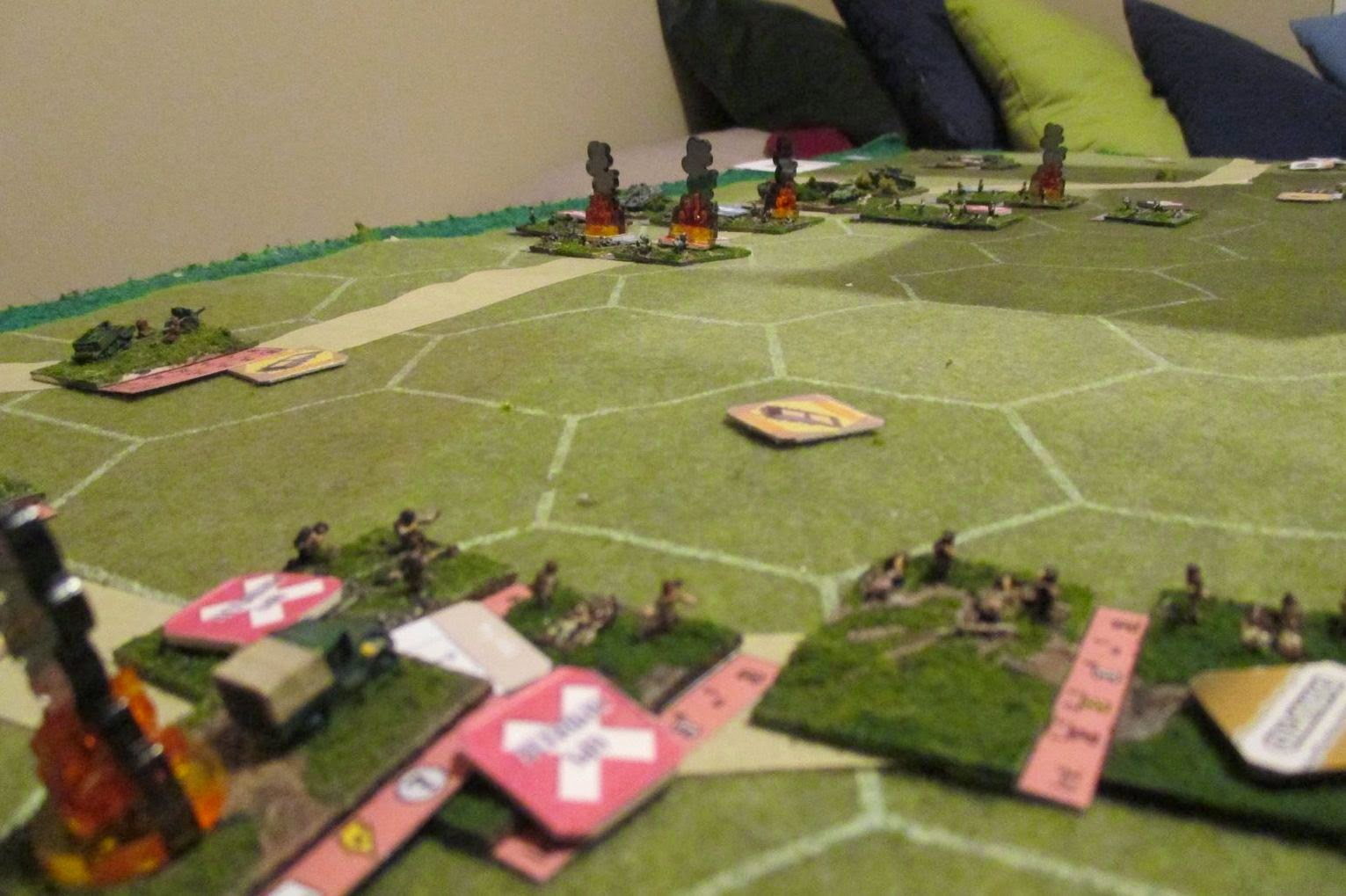 Bruce had rough dice and his troops on the left took a pasting coming in, both from my infantry and the typhoon. I reserved the artillery for busting positions later in the game. The bocage settled into a stalemate but the tanks cresting the hill ran into my new favourite unit, the seventeen pounder. 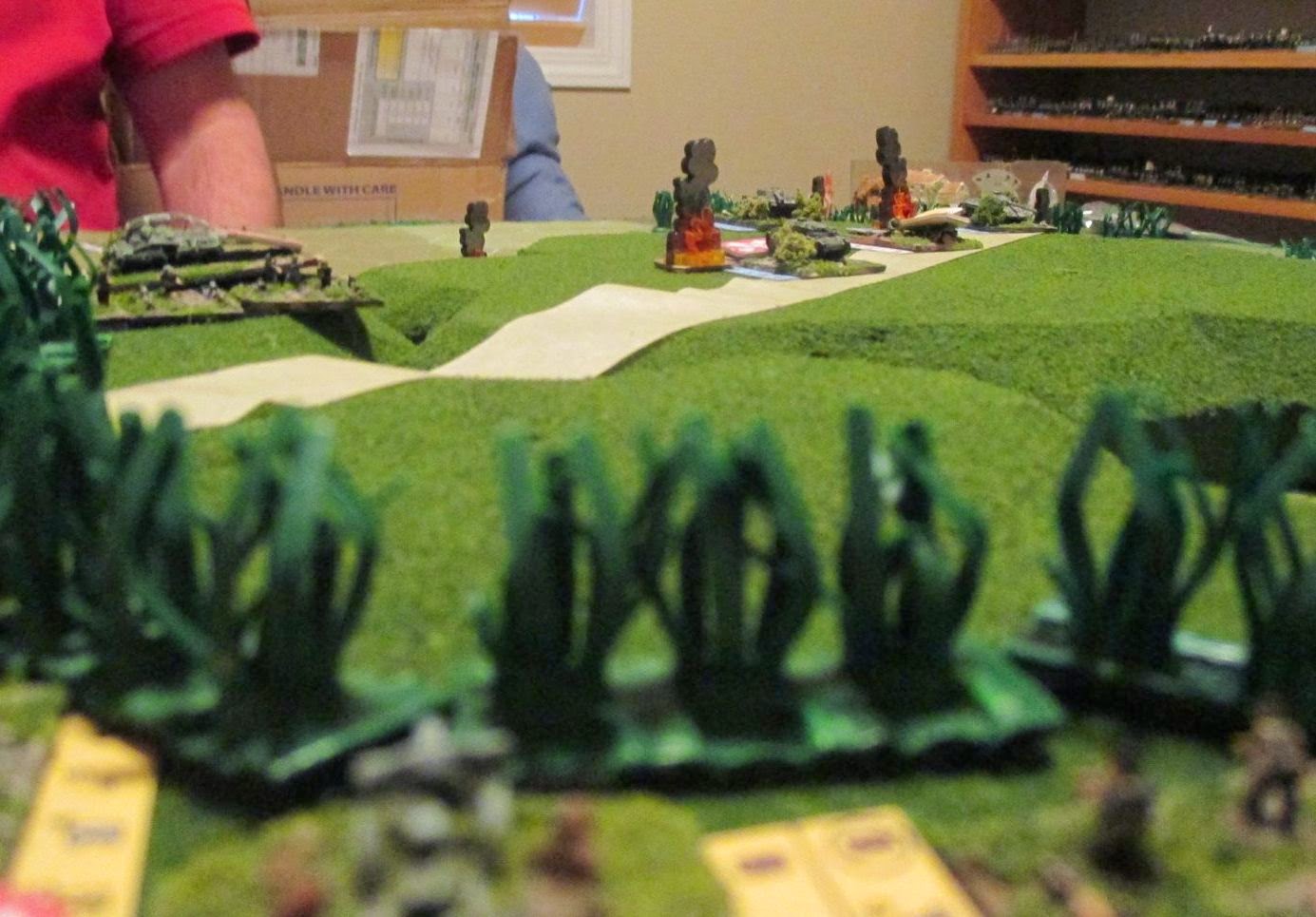 In the end, the Germans fell back (which I think was historical--the hill went back and forth three times). This is a hard scenario for the Germans. Overall, another great game.
at 6:49 AM