First up are some rebel troopers plus a gun-totting Leia. One of the trooper looks like a commander of some sort (or perhaps he's just more stylish). 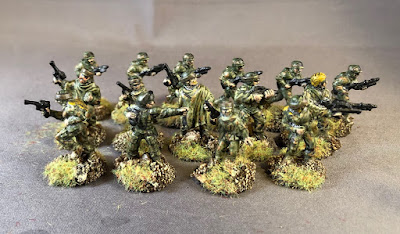 I also painted up a bunch of jungle troops. It was hard to find a decent picture of the Endor uniforms. And then, of course, painting camo breaks up the figures lines and makes the paint job look muddy.

The middle fellow in the picture below is actually a Hoth Trooper. I had about six of these so decided to just paint them green (since I wasn't collecting winter troops as well as summer troopers!).

Apologies for the blurry pix of Leia below. Trying to get a decent picture of the camo but the camera was unhappy with my foolishness. 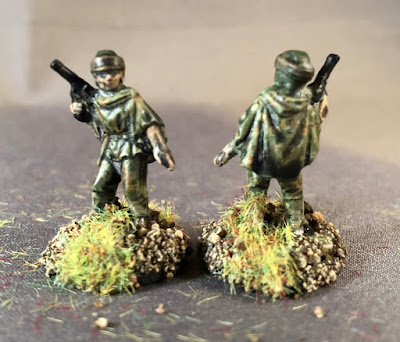 These all look really cool. I don't remember seeing these when they came out. Thanks for sharing them