This is the last of the big batches of WEG Star Wars figures. These are Imperial naval troopers. There were 21 models but omitted repeated poses in these pictures. 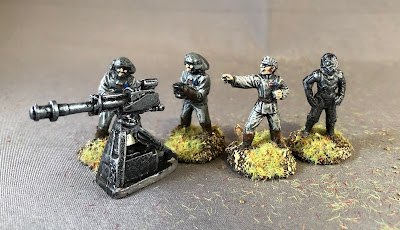 These guys include a big gun. I now have two of these. The original one I painted up the gunners as rebel troopers so now can use both guns for either side.

The figures themselves seem to come from two sets. One is maybe the original box and is pretty beefy. The others are maybe from a ROTJ Endor set of sculpts and look thinner with helmets or win keeping with AT-AT crews. 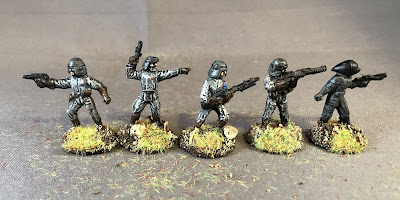 I was pretty happy with how this turned out in the end. We've also been playing a fair bit of Horrified at home, finally getting the painted figures on the table. 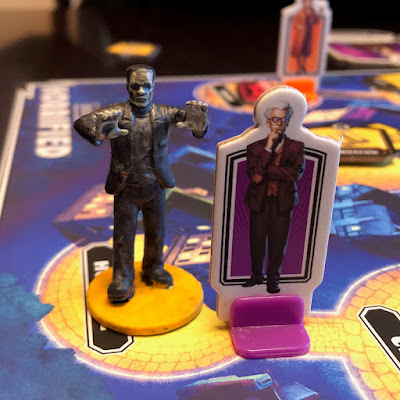 So far we've mastered the intro game and will be cranking up the difficult level shortly. 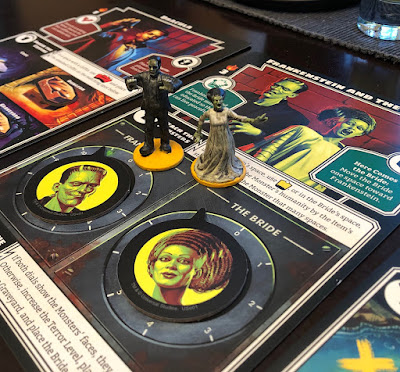 Up next: Probably some 54mm Star Trek figures. I have a bunch more 25mm Star Wars aliens but they all require some research into what their outfits and skin tones should be and that slows down the painting.
at 5:00 AM

Your Star Wars work excellent as ever.
I have got some of my old Grenadier stuff out of storage to try a game very soon.
Thanks for the inspiration on this.
I'll try it with 'Squad Hammer' first - but Pulp Alley a good recommendation too.