So, no gaming for awhile because of the pandemic. But that means more time for painting! 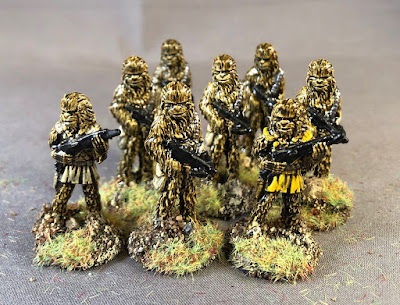 I'm continuing to chip away at the large groups of Star Wars figures I picked up. I finished off the wookies today. After painting them, I noticed a few Chewbacca's seem to be recasts (smaller and thinner). This isn't super surprising given the age of the figures--mostly just interesting to run across. 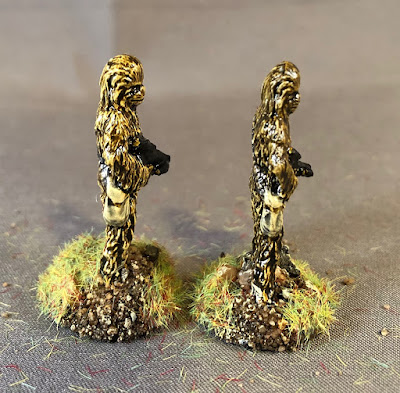 There were also these aliens, with whom I'm not familiar.

Then the imperial spy from Tatooine. I agonized a bit about his base but eventually decided that everyone is getting the same basing. 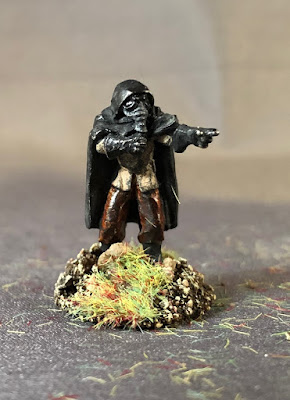 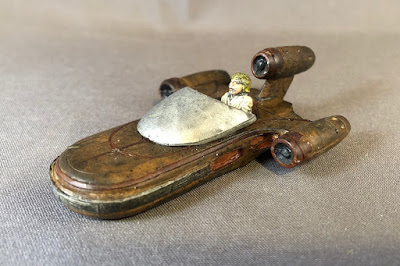 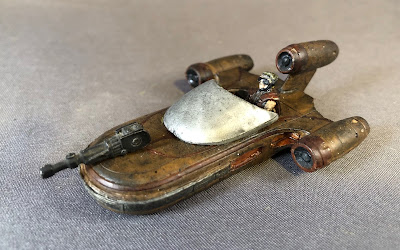 I also received a Storm Skimmer, which is some sort of post ROTJ non-canonical vehicle designed to give speeder bikes some heavier support. The online pictures I say suggested the rear guy is support to be a pilot but I just had a second gunner so flipped him around. If we ever play Canvas Eagles again, I'm set! 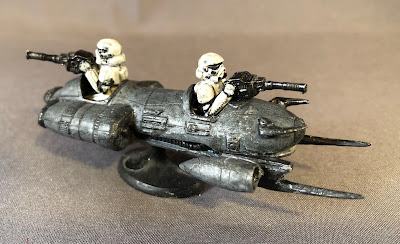 Some other Imperial randos: A sand trooper and two Imperial guards. 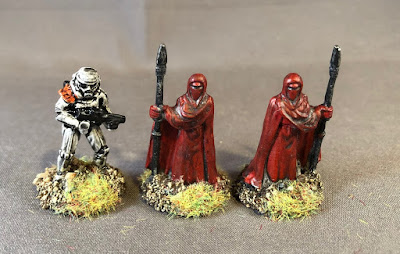 I also unearthed a 28mm Tarzan from my desk. 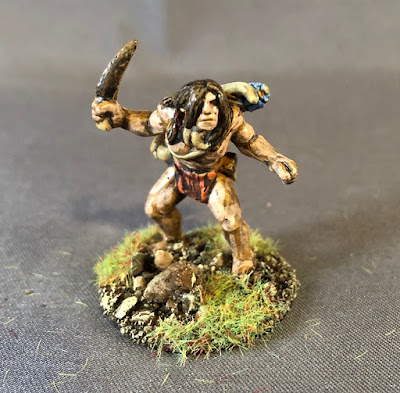 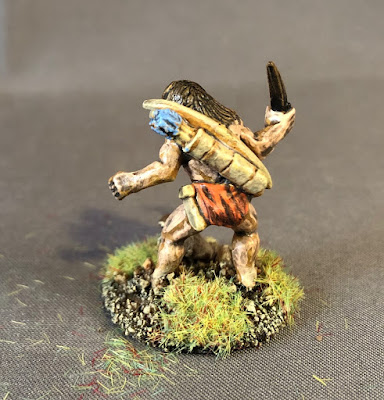 Thanks Duc! I've been thinking pulp alley or tribal might be fun for a skirmish game.

The Aliens you didn't recognise were Noghri, from the Thrawn novels.