Something strange in the neighbourhood...

So a few months back, Dan sold me his Ghostbusters game. The game is meh but it had a lot of cool figures. I finally got around to starting on the figures. A bit more Cthulhu than ghostly, but they will make a fine set of foes in a future game.

There are only three main poses but a lot of figures so I decided to add some variation via colour differences. The figures came as a translucent dark blue (clear would have allowed for more options) so I primed them all white and used washes. Today is "green" day. 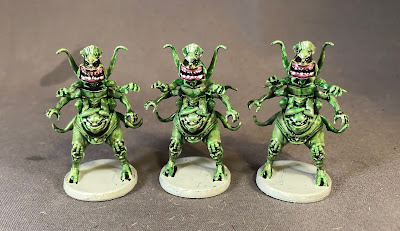 Overall, the results are decent for not much work. I have a group of tan and a group of blue underway.

The one usefully translucent figure was actually Slimer (below) who came in green. I left the trail of slime holding him up as a translucent green but painted him up. 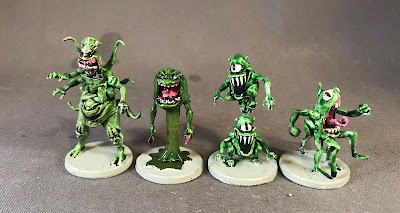 The figures fit in with 25mm and 28mm figures so would make a good Hallowe'en scenario.

I have some Ghostbusters as well as Stay Puft underway as well. I'm thinking about painting on some of the battle damage Stay Puft takes (burnt areas). 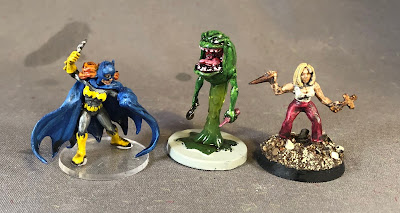 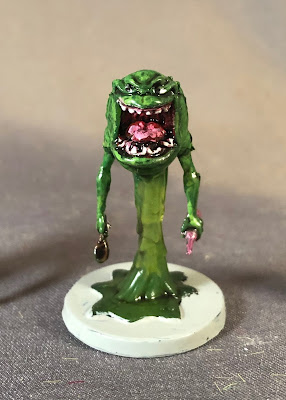