I finished off a few more 28mm D&D figures for a fellow. I have five more almost done that will follow next week.

The first three are two fighters and some kind of magician or illusionist. Nice sculpts generally. 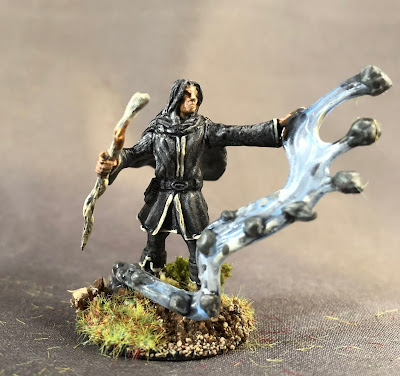 Most of the figures in this batch have some sort of magical powers (which is basically a clear piece glued onto the grey resin figure). This fellow is throwing rocks. The box art shows amazing colourful effects that almost certainly are photoshopped. 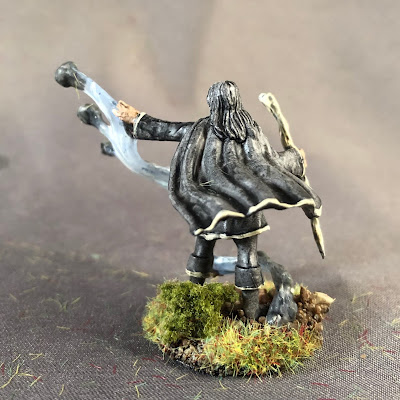 I used a bunch of washes to try to create a sense of magic and motion. Not sure I was successful. 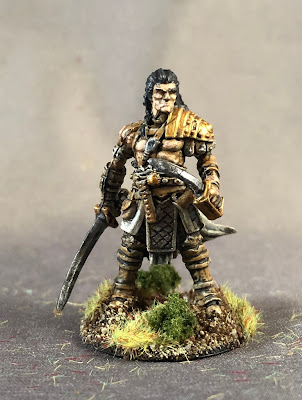 The fighters were a bit more straight forward with mail and swords. A couple of figures had some miscast weapons (for stabbing around corners?) but I didn't want to break the resin/plastic trying to straighten them. 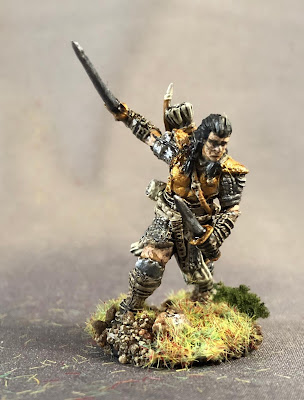 Nice work Bob. I do find painting the magical effects to be a challenge at the best of times. When it comes to the clear plastic bits, you almost need to mask them off before priming to keep them clear.