Bruce and I gave Fate of Nations another go prior to him bringing it out to the club next week. This scenario was a pretty typical advance on a defended hill. 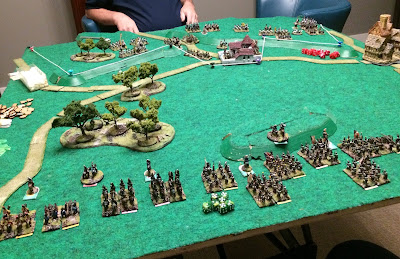 We each played about three commands and my advance suffered due to my inability to keep everything quite straight.

I managed to dislodge Bruce from the main farmstead and even knocked out a command on the left (but could not capitalize). The right flank was more of a grind (traffic problems). 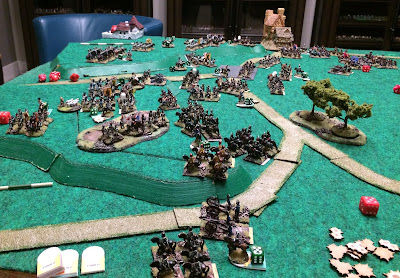 In the end, I conceded that I likely couldn't win in the turns left. We liked around slightly tweaking the morale rules to reduce the resilience of the units (lots were at death's door but just kept passing morale tests when charged). Not sure how a -1 modifier per hit might ripple through the rest of the game. Perhaps the guys will find out on Tuesday? 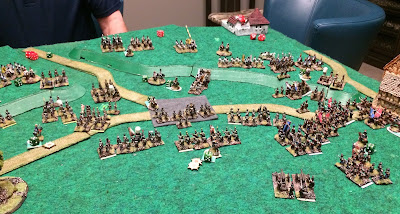