I had a pretty productive week painting. I finished another 8 of the 54mm AWI militia I have been working on. 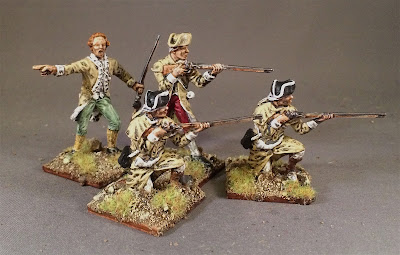 Above the buff-whites; below the white-mints. Only eight more militia to go! 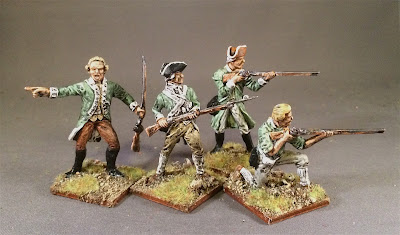 I also did some work on some 28mm Reaper figures I got in a holiday trade. A flying ape and a flying demon bot got a bit of TLC to improve their paint jobs. 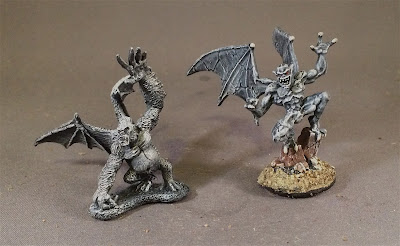 I added a wash to a spider and then did a tiny bit of improvement on three horrorclix figures. The tall guys look like The Gentlemen from Buffy while we also have a partially de-cloaked predator, 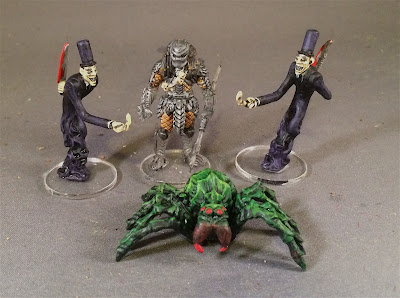 Up next: More militia plus some goblins.
at 5:00 AM

Another nice batch of figures Bob!

Thanks Terry. The clix and reaper stuff is a nice change of pace. Every figure is different and there are no hordes of uniforms to paint.