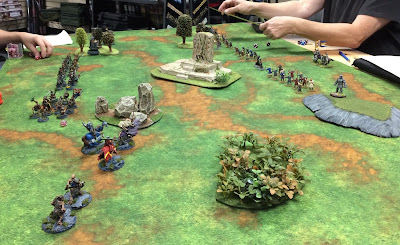 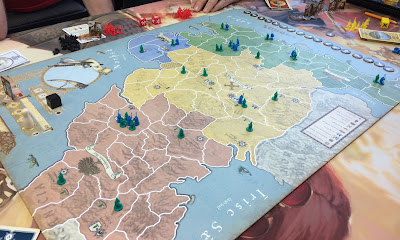 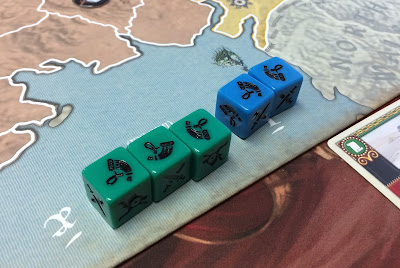 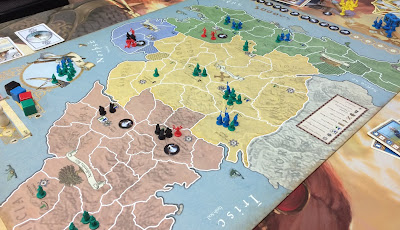 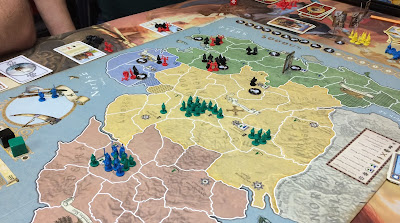 At that point we were screwed and the vikings sewed up the win a turn later. Overall, a very interesting game. I like the mechanics of these Academy Games but it plays very differently from the Birth of America series. There are fronts that develop. The sides are asymmetrical in many respects. I'd totally play this again with maybe one of the nine (!) expansions thrown in.
at 7:52 AM