I finished up rebasing the last of the painted British AWI figures last night. First up were three bases of dragoons or light cavalry. 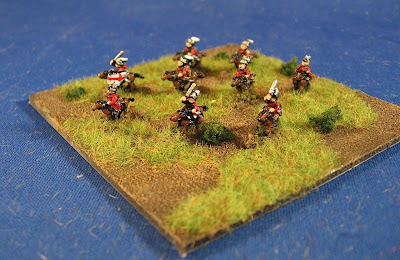 These turned out pretty well. Not much to be done with the base as these guys would have operated out in the open. 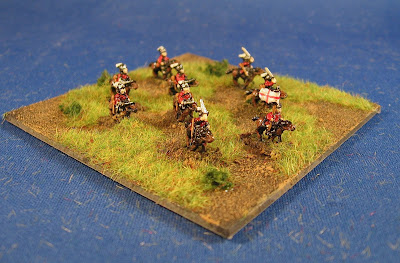 I then did up one base of cannon. 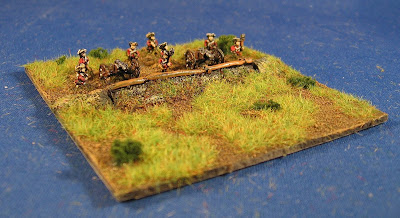 The barricade is from Irregular Miniatures. I have another base of this that I'm just finishing the painting on. 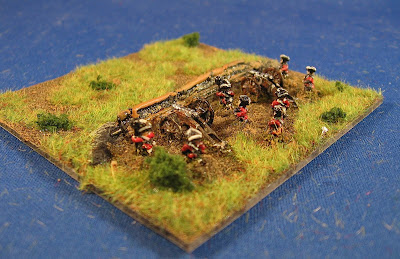 Then I did up about a half-dozen bases of Indians. 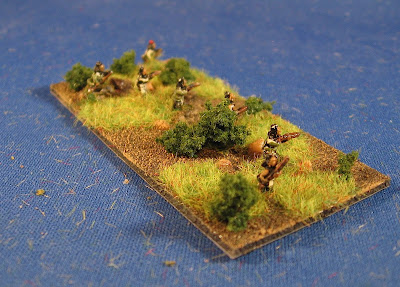 These finished, I found another two or three bases of Indians (arrgh) that I will finish this week. 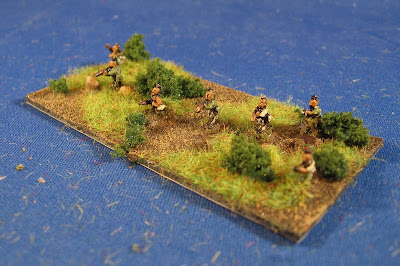 Then I moved onto the American militia.

I quite like the mix of hats and bare heads in these strips. I also enjoyed mixing up the colours after several weeks of painting repetitive blue or red strips. 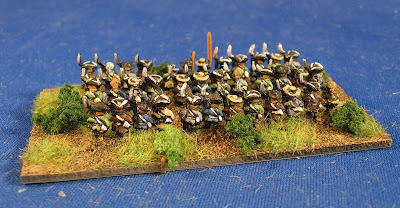 In working out some of the mechanics for my MayDay game (Freeman's Farm), I noted that I will need some large areas of trees (them Bemis Heights is woodsie!). I planned to use felt, perhaps with some moveable trees. But I wondered if I could dress up the terrain a bit (it is a convention game) by fiddling the felt a bit with some paint.

So I took some firm felt, dabbed on some paint and then mounted it on foam core to give it a bit of a vertical lift. I'm not sure this first experiment was entirely successful, but it does give a better look than plain green felt. It is also very playable. You can see some Indians moving through the woods here. 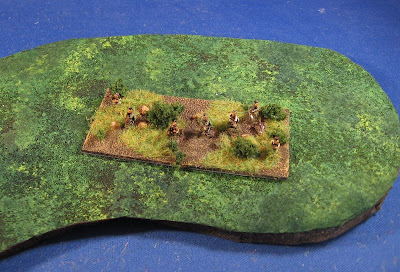 Next up: More AWI rebasing. I am also applying paint to the remaining 15mm Saracen cavalry. There are about 30 of these guys so each step is taking some time. Flesh, mail and half of the horse flesh is blocked in already!
at 11:45 AM