I finished up another bunch of 15mm figures for a friend's Saracen army.

These fellows are Bedouins from legios-heroica (an Italian company, not French as I previously posted). 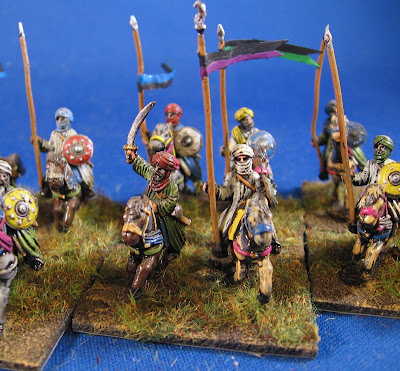 They are nice figures--a lot of depth, good join between horse and rider and no flash! 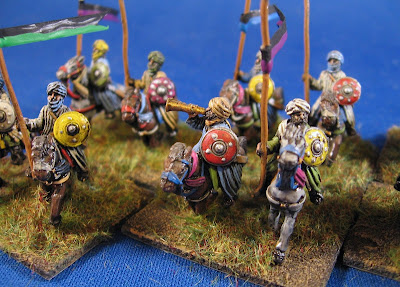 Absolutely smashing, Bob! Very nice...but why give them away? Keep them!

I hired myself out to paint these so I expect David would like his figures back... and I would like the cash to buy a new gaming table with!