I dropped over to Dave's this morning and he pulled out a version of the board/miniature game he is planning on doing at MayDay. While his game will be Rome v Celt, we play-tested using his 1/72-scale HYW miniatures. 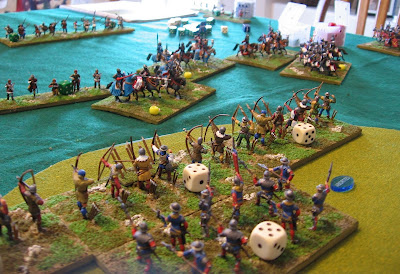 The board game went well, forcing some interesting choices and making for a fun lead-up to the game. It also affected who started with what forces. 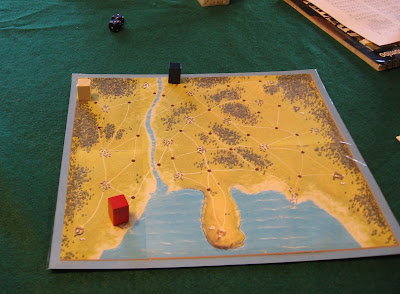 Dave played the French, charging across a muddy field against my English lads on a hill. I got creamed.

Some of it was troop choice (should have gone with foot knights, instead of mounted). And some of it was just plain awful dice rolling. We played using the full Impetus set (instead of Basic Impetus); there were some nice differences.

And here are the guys who cannot shoot straight. Most of them died for their incompetence. Seriously--did they get their arrows wet and they warped? I could not hit anything.

Up next: Some 28mm Celtic chariots are drying. And I have a bunch of 15mm Saracens on paint sticks for a friend.
at 2:47 PM

Fantastic miniatures! They are awesome. I noticed the really good painting. Congratulations.