I finished a 15mm all-option Anglo-Irish DBA army last night (IV/21(a), (b) and (c)). This comprises 40 foot and 20 mounted troops on 17 bases. This army is for sale and I already have a queue of bidders. The total value of the army ($60) will be donated to the Edmonton Wargame Group to help cover our rent.

The army comprises four bases of 3Kn/3Cv. I had some difficulty deciding how to make it look like an army, given that what I had read suggested "uniforms" would be inappropriate. So I decided on red and white banners as the common theme. 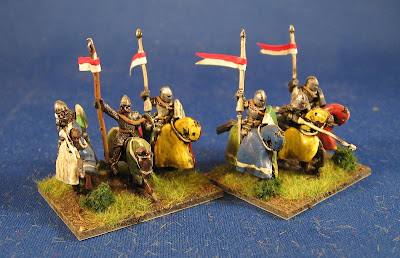 And the second set of mounted bases. Not sure about the figures. Some look like Falcom. Some like Essex. A few Old Glory. And a couple I don't recognize. 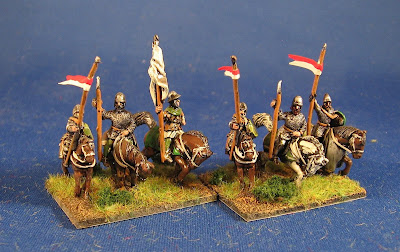 There is also a 2LH base. 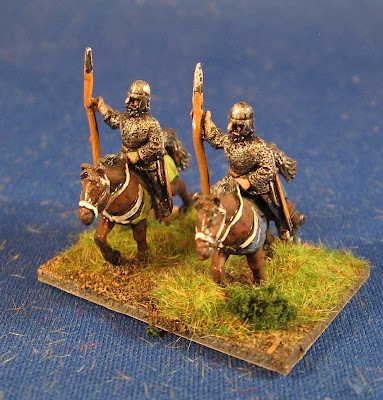 There are two bases of 4Bd.

Then four bases of 4LB.

And four bases of 3Ax.

And two bases of 2Ps. 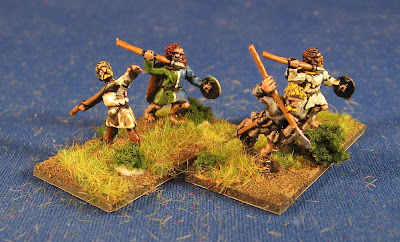 Up next: I have completed and based three 28mm Celt chariots and am now working on the crews. I'm also off for a quick game of LaSalle tonight!
at 7:15 AM

And these are now sold!

Another very nice looking army, the blade are great!