The last post of this year is a job lot of Heroclix re-paints that I finally moved off of the paint table.

First up are some Trek rogues. I think the pig men are Tellarites. 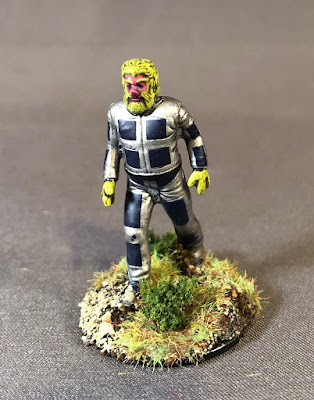 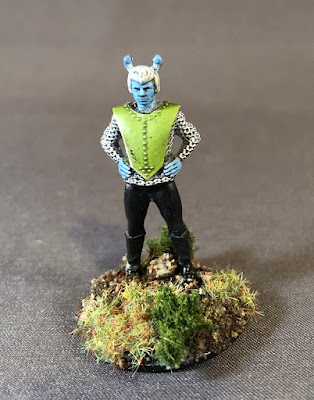 And finally a Talosian. I had two of them painted but one flew off the original base when I was popping them off and disappeared somewhere. She may turn up later. 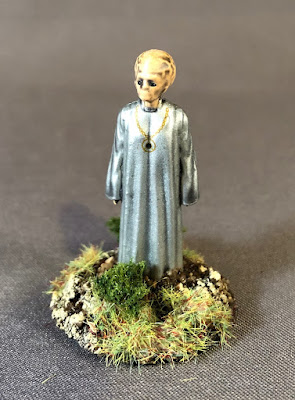 I also have a couple of figures from who knows where. Some kind of mechanical wraith and a goon of some kind. 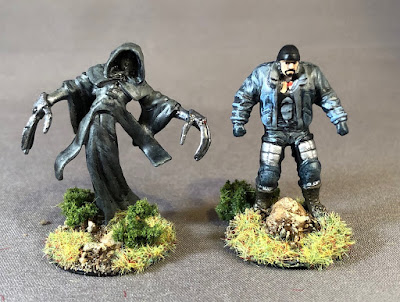 Overall, this has been a good year for painting. Less so for gaming! Hopefully, 2021 will be better!
at 4:00 AM

The missing figure will show up right after you get a replacement for it.