Bruce hosted a game of Congo Gulch last weekend with six players. The game started with an off-board map game to decide where the battle would take place, resolve two minor skirmishes, and the pace of the reinforcement entry. 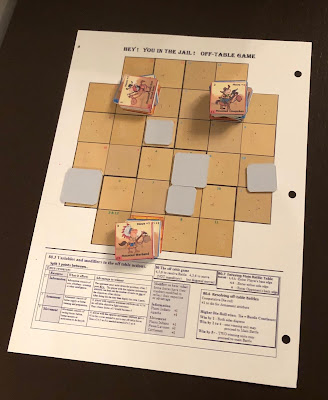 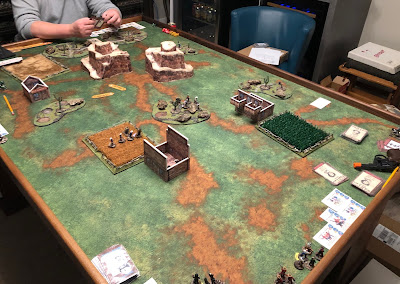 The attackers face a pretty linear defensive line with two objectives close by and one at the far end of the table. The Marx brothers were on board briefly before getting wasted on turn one. 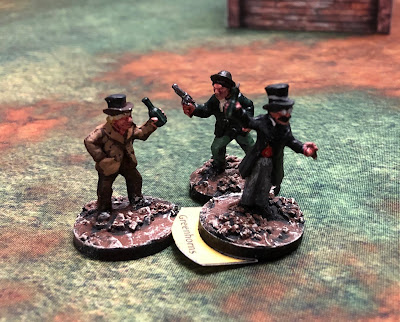 The attacker's main thrust was on the left flank. 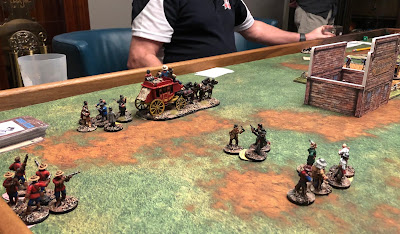 While the right flank saw two units try to cut down the side to grab the furthest victory marker. 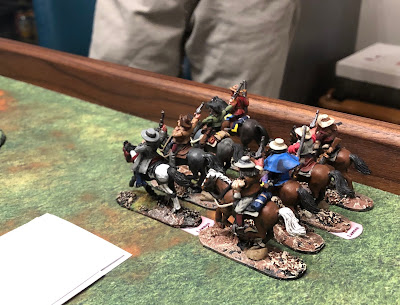 There was a protracted fire fight mid board while the reinforcements struggled to get on board. 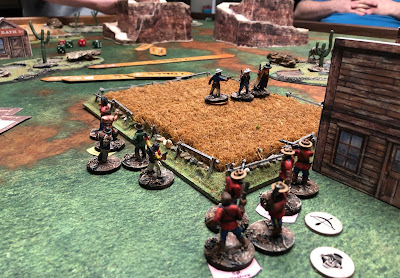 In the end, the defenders whittled down the attackers enough that there was no way the attackers could withstand the reinforcements. 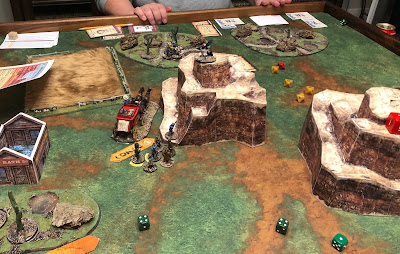 Thanks Simon--Bruce sets a nice table.