So Bruce dropped over last week and we re-played the Gotham scenario that I ran at the club the previous week. I was interested in his take on the rules. 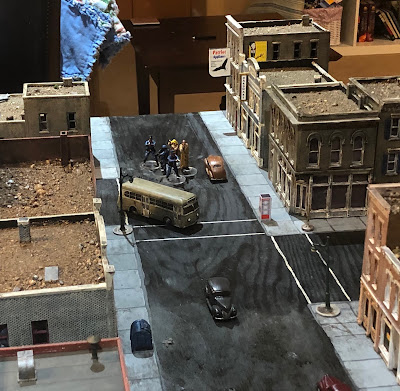 Same scenario (find the tapes and get them to the police station or TV station). Bruce played the heroes. I was keen to play the baddies and see what I could do with the shooter gang. 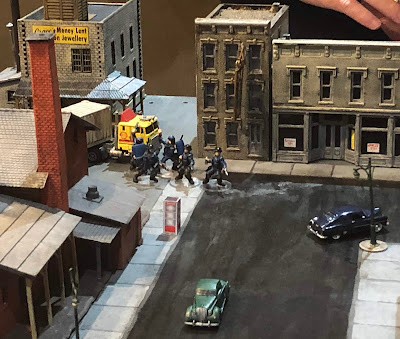 I brought the two squads of goons on together (the melee group serving as a meat shield for the shooters) with the Terminator as their back up. 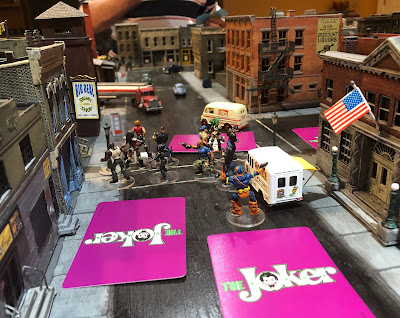 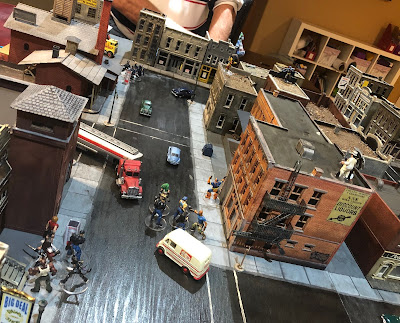 The main heroes and villains took to the roofs for a fight. 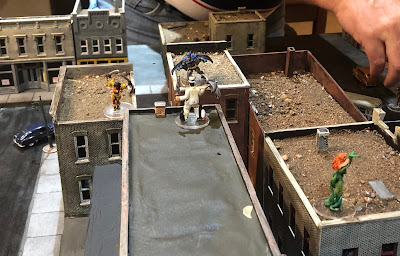 Katana attacked Penguin but he drove her back and inflicted some wounds. 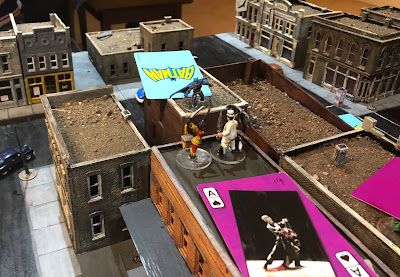 Then Bats arrived and beat-down Penguin, after taking some hits. There was some hopeful umbrella branching but Penguin just didn't have the cards. 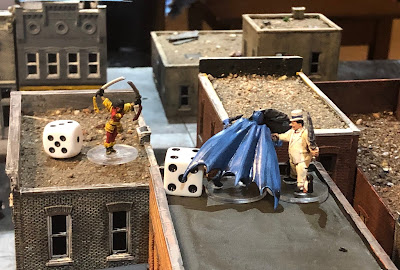 Poison Ivy then jumped Bats but drew a crap hand (all defensive cards and low ones at that). Bats managed to knock her out and then moved in to finish Penguin. 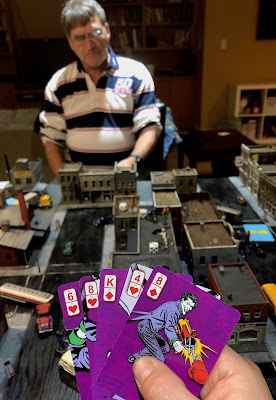 In the meantime, the shooters had taken out a unit of cops and the Terminator had found the tapes. 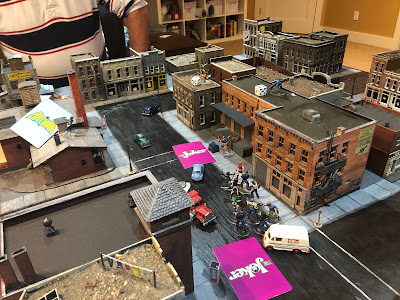 The shooters then took out Katana while Black Lightening wailed on the Terminator and eliminated  squad of melee thugs. The game basically came down to who went first in the last two turns--could Terminator get around the corner, dispatch the last of the cops and get to the TV station? Alas no. 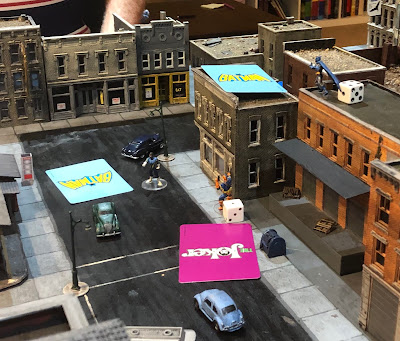 Overall, things seemed fine. The scenario took an hour (so we could have played twice). One rules tweak might be to allow players to spend honour points to avoid a wound (if they have at least two wounds left).
at 5:00 AM