Scott and Terry popped in for some holiday gaming last weekend and I hauled up my 54mm AWI troops from the basement. We were going to play Monmouth but it turns out I'm short a few cannons (still in a box unpainted) so instead we played Guilford Courthouse. 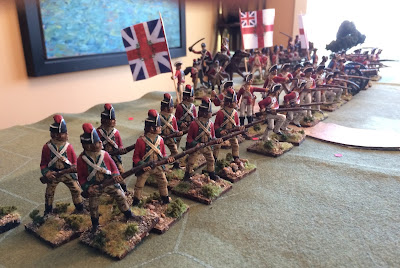 We used the new CCA Tricorne rules. A solid line of Brits attacks a three-deep formation of Yanks. Terry's riflemen fired during the cannonade phase and then fell back. 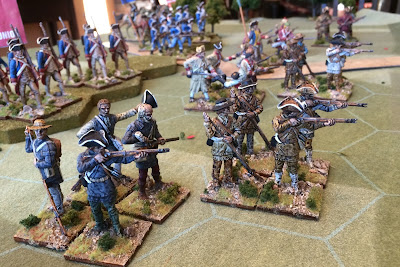 Scott then pushed forward his line and start to pick apart the weak American troops in the first line. Terry was hampered by his lack of cards on the US right (foreground) for much of the game. 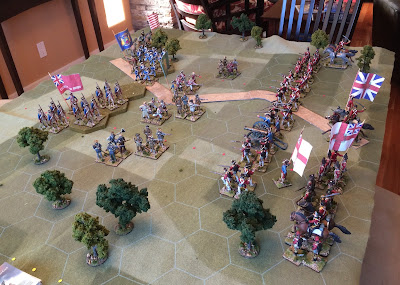 At this point, things were looking a bit dire for the Americans, with the Brits up 4-0 (seven banners was victory). 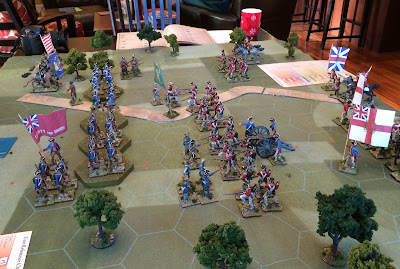 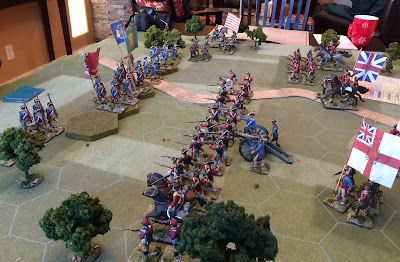 Suddenly, Terry unleashed a sustained cavalry charge (supported by list riflemen) on his left and routed two of Scott's units of lights. Terry then laid into the cavalry who were driven back and off the field. 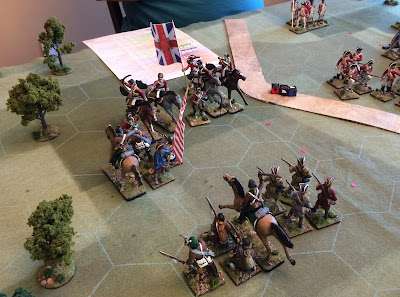 At the same time, Scott push hard on the American rights, trying to keep pace with Terry's banner count and get the US flank turned. 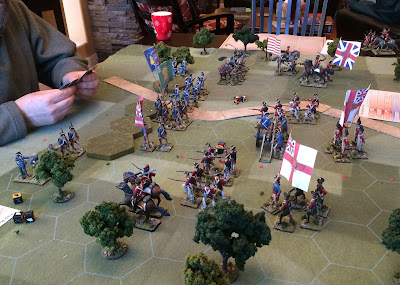 Terry made a last hard shove in the centre and broke a couple of Scott's units (Scott's dice were terrible all afternoon) and the British ceded the field. 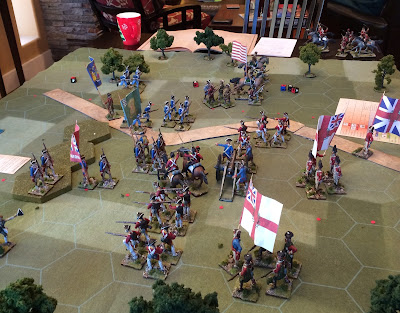 Overall, a satisfactory game. We worked out a few more of the fine points of the rules. And we wrapped up with a game of Love Letter (that Terry also won).
at 5:00 AM

Thanks for the game Bob!

"Scott's dice were terrible all afternoon" some things never change!

Yup! Thanks--it was fun to game with the toy soldier look. Man, 54mm is a lot of painting.

Thanks Terry--appreciate you and Scott braving the cold.