Lions and Dragons Rampant at the club

We had seven guys out at the club this week. Bruce brought out a game of Lions Rampant in 15mm. The French had to light some buildings on fire to drive out the dastardly English. Bruce and I drew French while Scott and Taylor play the English.

The French moved in from the right side of the board towards where the buildings were. We had good activation rolls at the start but then our luck started to turn. 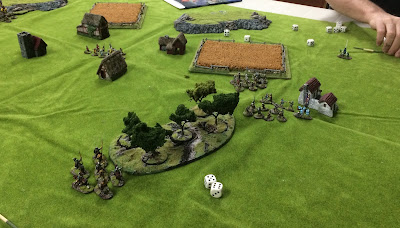 Both sides met in the town and the French had zero luck setting buildings on fire. Scott had amazing dice rolls for activations and that was bad news for the French. 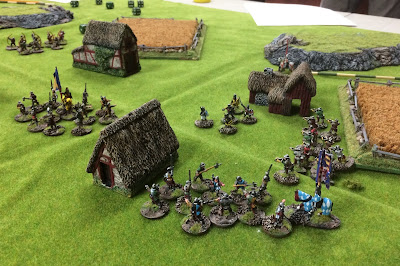 Eventually, we got whittled down and shot to pieces. Our retreat was very undignified. 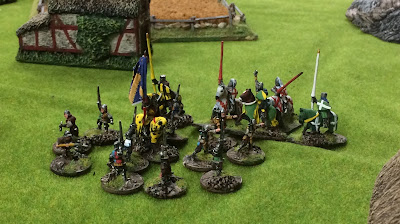 Dan hosted Terry in a game I didn't get the name of. 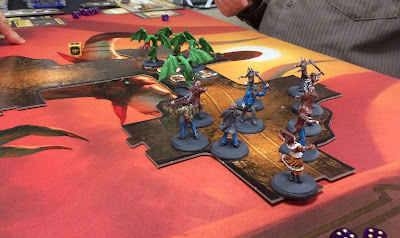 Chen joined Bruce and Scott for a second game of Lions Rampant, where Scott's dice rolling returned to form. Taylor and I hoped over to another table and he hosted me in a game of Dragons Rampant. It was the skellies versus GW figures from the 1990s. 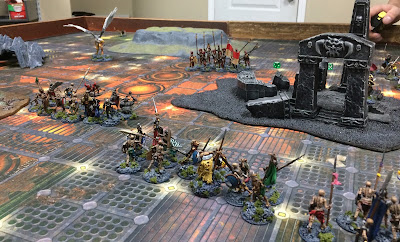 There were a lot of casualties and, in the end, we were stuck with an interesting tactical situation. I had all three objectives but no way to trigger the end of the game (killing one of his units) without moving off of them. Taylor held no objectives but, if he killed any of my guys, the game would end and I would win because I held two of the three objectives. Very interesting!
at 7:57 AM

Dan hosted Shadows of Brimstone. I'd been wanting to try this game for some time.