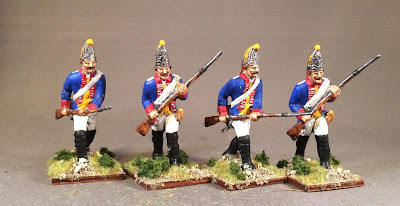 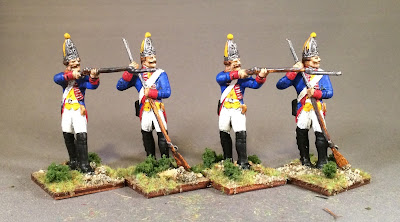 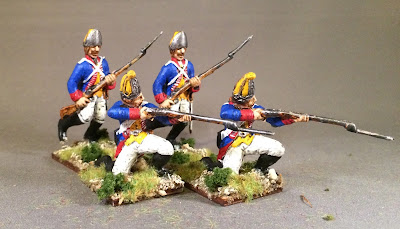 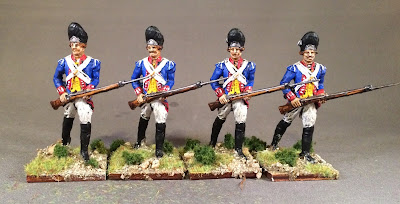 Up next: There is club this Tuesday. And I'm working on more British lights/dragoons while I await the metal Hessian jaegers that I ordered. A large crowd of unpainted US militia is also gathered on the side table.
at 5:00 AM

Thanks Tim. Looking forward to getting the game and mounting some battles.