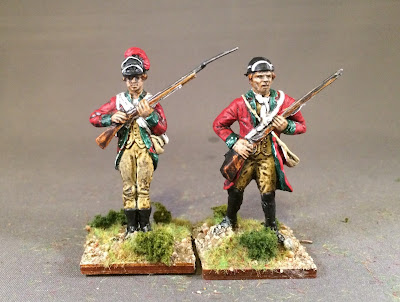 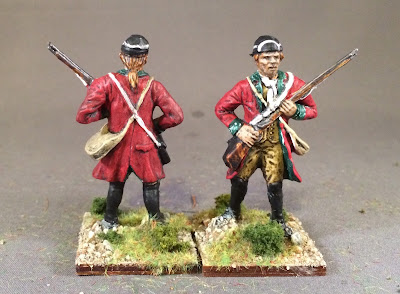 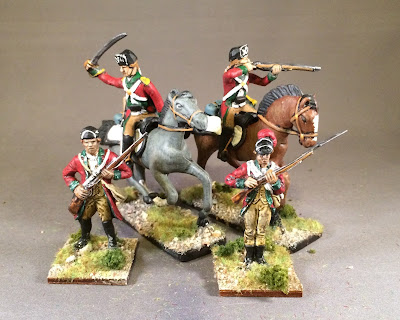 Up next: Some extra 54mm British lights and provincial infantry are drying. These figures will finish off some units in the Tricorne orbat. Then I have some highlanders in kilts and some Hessian jaegers. And then a whole mess of militia! The end is in sight. Tuesday is club night so I'm hopeful I'll get to play some more gangsters.
at 5:00 AM

Wonderful job, they look superb, I love the expressive faces...