After a long hiatus, I'm back on my superhero game project. I've downloaded and printed Power Legion and will make up some character cards this week. In the meantime, I have been doing some odds and sods modelling tasks. 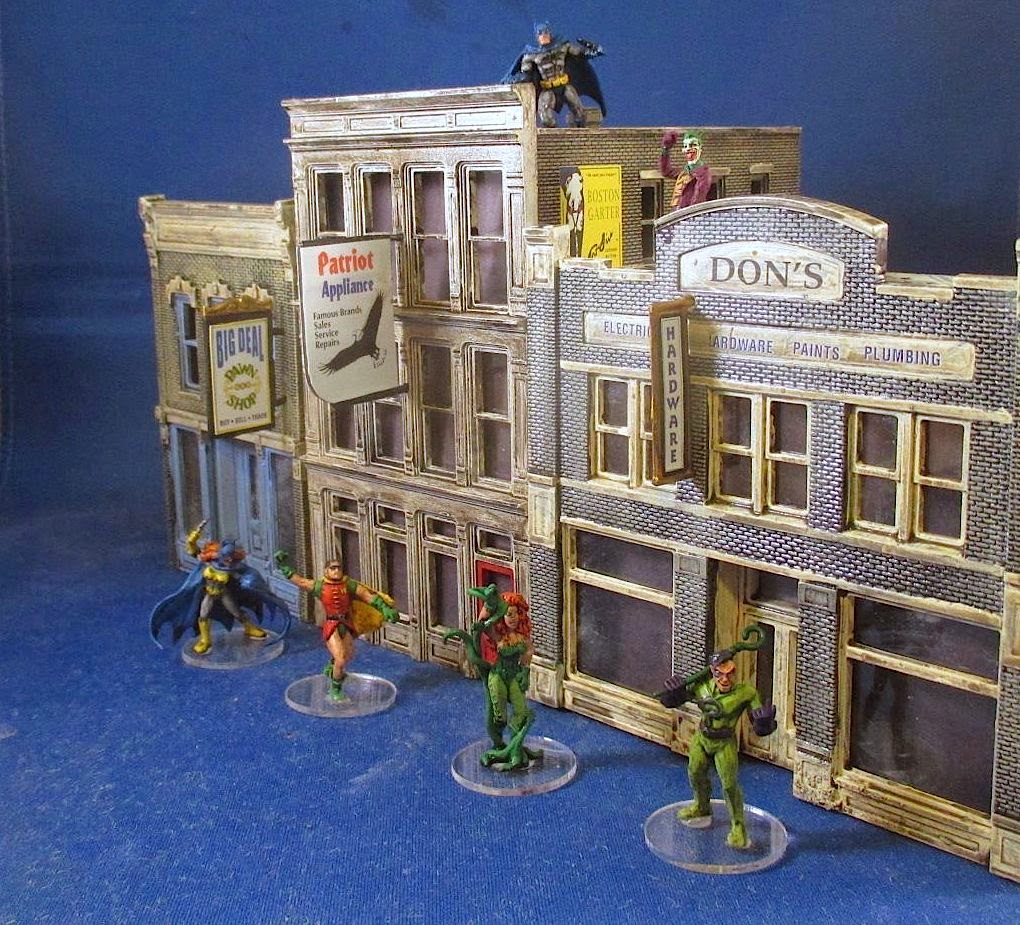 I broke out my dremel for the first time and drilled holes to sink hanging signs in the buildings. I also started the process of using rub-on decals for the walls and signs. And I put "glass" in the front windows of the buildings and some black construction paper in behind (black paper looks better in person than in the picture). I finished about 15 buildings and found a few more in a box to build. 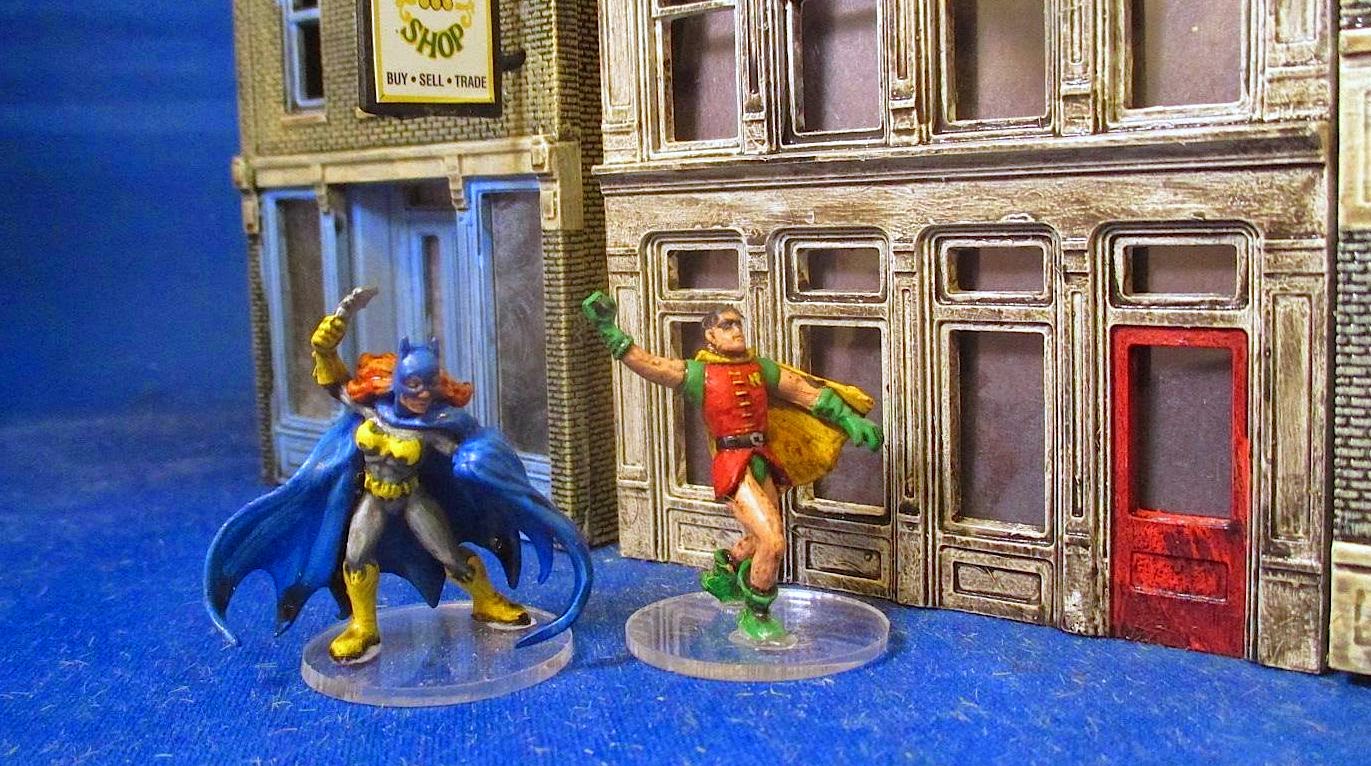 I also hauled out my figures and rebased them (for the third time) using clear bases. This is the winner in terms of basing--very unobtrusive when the figures are on the playing surface proper. Lots of fiddly work but I'm making progress. I've also ordered some HO scale 1940 cars for the street. 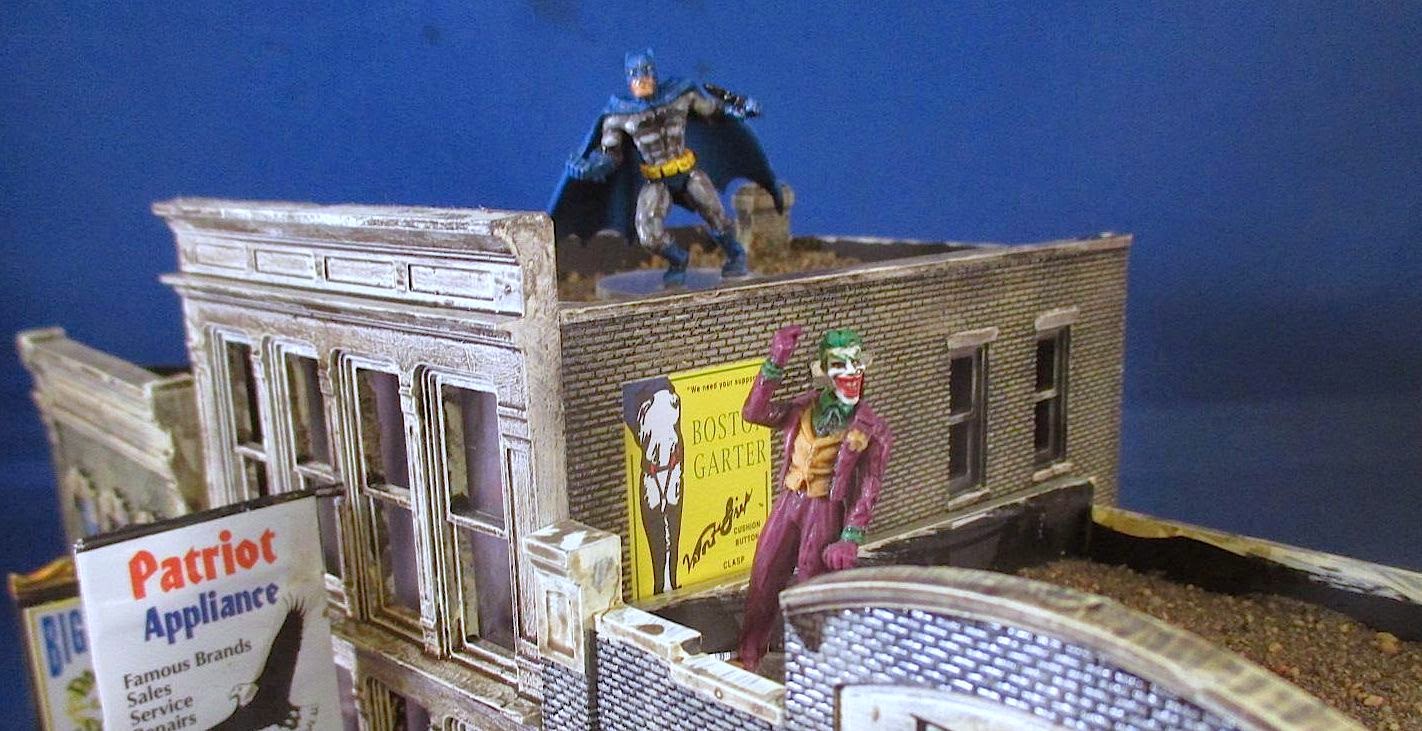 I'm hoping to get a game in with Bruce this week and also sort out Power Legion enough to run a playtest by myself. I think I also need to put together the full game board for the first time and see what needs to be done (manholes, for example).
at 5:00 AM