I've been working on finishing off two 28mm DBA/HoTT armies (medievals and republican Romans). One item on my to-do list has been some commander figures that could serve as heros, clerics or magicians in HoTT. These are all 28mm metals from Warlord Games.

This fellow would serve as a hero (or hero general) for the Romans. I quite like the haggard look of him. 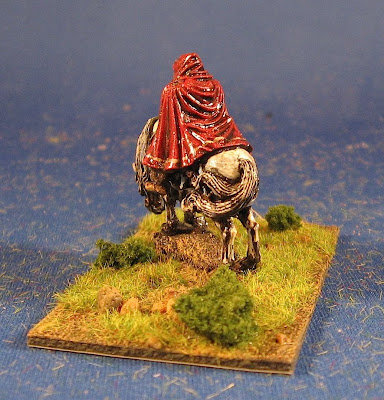 I'm not sure red was the right colour for his cloak. I have been trying to paint more vibrantly but maybe purple with pinkish highlights would have been better. 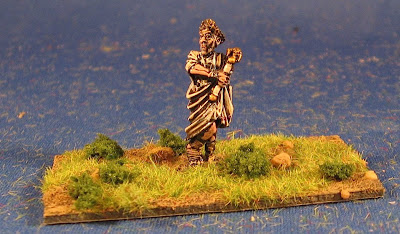 This fellow could be a magician, cleric or (in a Roman civil war) a sneaker. 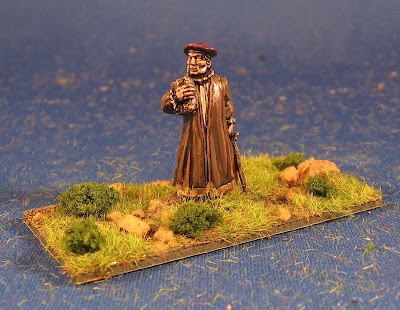 This fellow will be a cleric or magician in the medieval army. 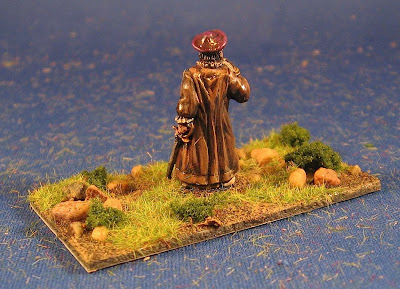 Up next: I have some 15mm AWI light horse that just need basing. I also have a Thracian mob in the works. Then some more 15mm AWI (mountain men?) and perhaps some 28mm artillery.
at 11:52 AM

If he was a "sneaker" he'd have to be carrying a bloody dagger!

Those are nice. I need to build some HotT armies.