La Salle and PBI at the club

We had eight guys out at the club this week. Bruce hosted Richard, Terry and Scott in a game of La Salle. I think the defenders managed to hold off the attackers' efforts to expand a bridgehead. 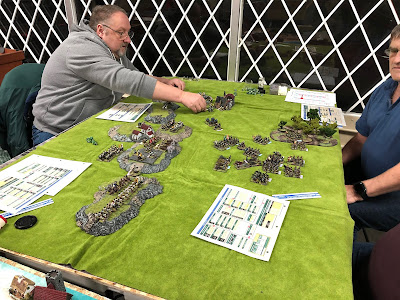 Mike hosted Dan, Chen and me in a game of Poor Bloody Infantry (v1). This was set in Italy with the Loyal Eddies attempting to clear some Germans out of some houses (the Germans set up hidden). 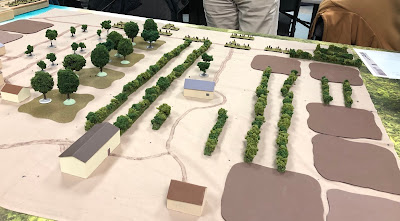 On the German right, the Canadians came forward pretty relentlessly. 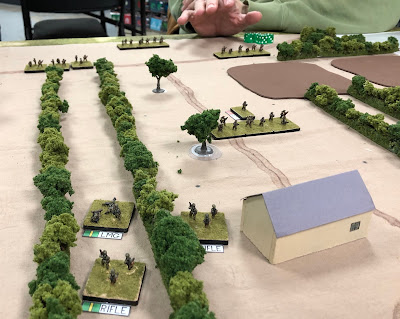 Over on the left, the Canadians ran into stiffer resistance on the woods. 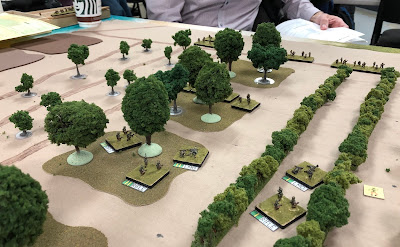 A firefight saw the Canadian left attack stall out. Mike's cursed green dice were entirely responsible for this. Death to the green dice! 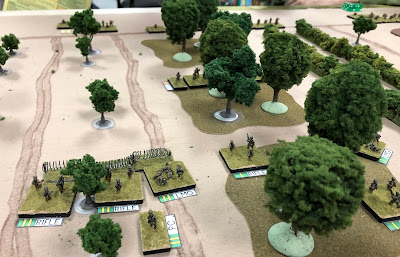 Mike's 10mm figures are very nicely painted, however. And his terrain was super slick so I guess can forgive his choice in dice. 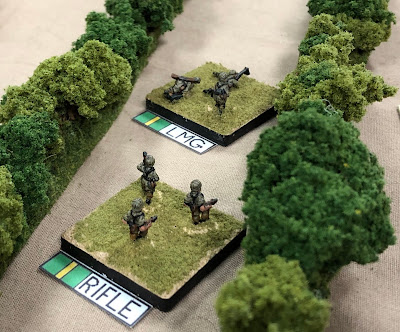 The Germans took the offensive on the left and push an assault forward into the woods. 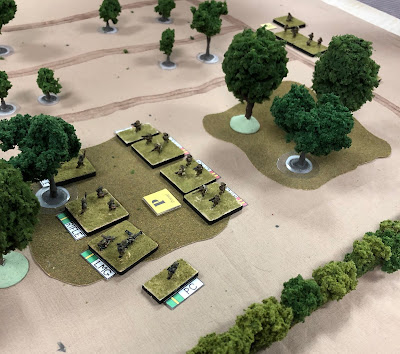 The result was that everyone but the German platoon commander died ("Ach, Scheisse!"). This basically ended the Canadian attack on this side. 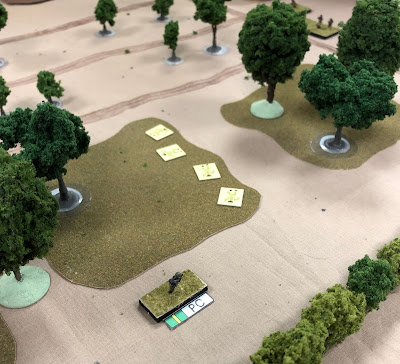 On the right, the Canadians came on strongly but ended up strung out with command and control woes. The Germans then redeployed to contain the Canadians and counter-attacked. 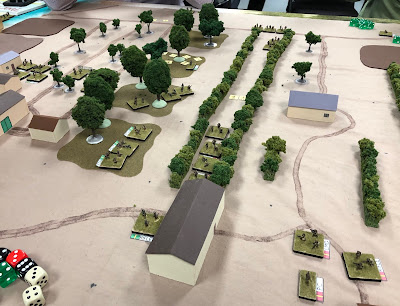 With the game-clock running out of time, the Canadians were thwarted and the Germans won based on casualties.
at 5:00 AM

Thanks, yes it was, despite my accursed dice rolling. It is a fun game with the area movement simplifying lay immensely.