FUBAR at the club

Apologies for missing a post last week; work got complicated. We had six guys out at the club last week and Bruce ran a game of FUBAR (near-future sci-fi). 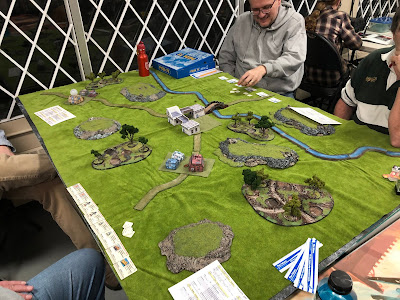 Dan and Chen were tasked with crossing a river and taking three victory points that were defended by Terry and Richard. Units started on the board and arrived via dice roll and the game had a dice-activated clock. Terry and Richard had good starting rolls so were pretty solidly on the table. Chen and Dan had beans for troops for the first few turns, which was really hard to recover from. 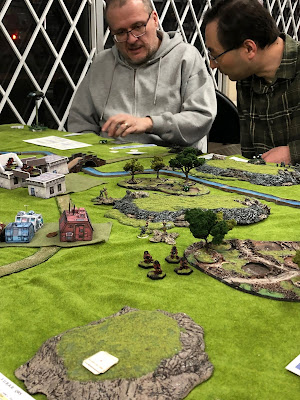 The drop-troops arrived scattered but Chen and Dan managed to force their way into town and then clear it. But a flanking attack ended badly. Richard and Terry moved quickly to contain the bridge head. 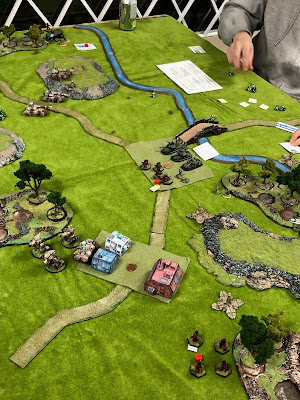 At the end of the game, the attackers held one location and the defenders held two. Victory points were revealed and it was a handy win for the defender (which were poised to counter-attack in any event). 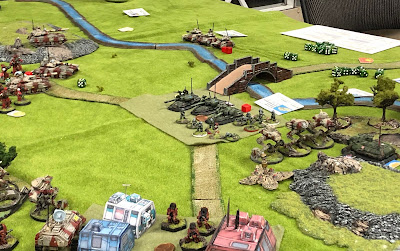 All told, a fun game to watch--the dice drive activation made for an interesting (and frustrating) game.
at 5:00 AM