I worked up some more Imperial Assault figures this week. These have been painted for awhile but I struggled to get a decent snow base for them. 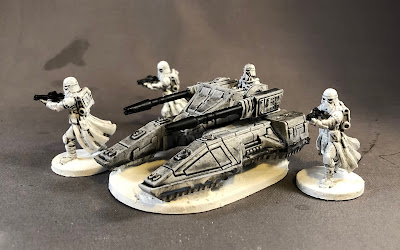 We'd originally discussed and then discarded model railway supplies as too costly. The owner then found a baking soda technique he liked. 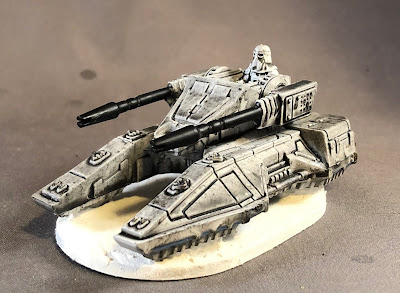 That created a lovely finish that was too brittle for gaming (crust broke off as soon as figure was handled). My efforts to strengthen the crust using various sealers were were unsuccessful so I eventually painted over it with thick craft paint to try and get some snow effect. 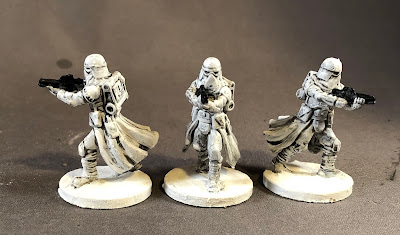 The figures themselves were nice. The trooper in the hover tank is slightly smaller than his foot-bound friends. 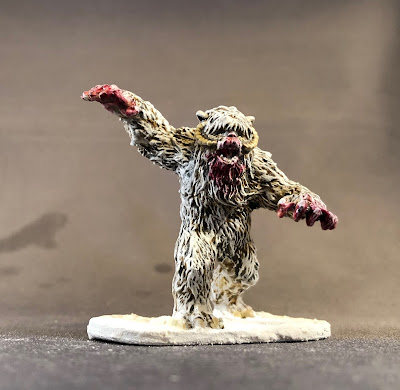 The wampa is nice enough but could may be a touch larger? 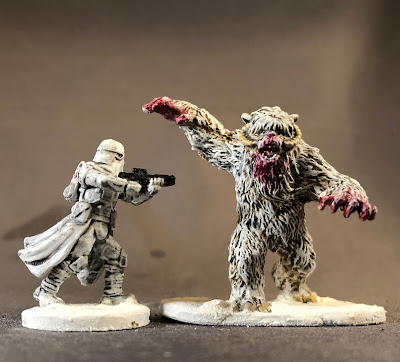 I've got a few more figures with different basing underway before bringing this commission to a close.

Thanks. The figures are quite nice.