I am almost finished the orbat for the French expansion to Tricorne. Today, I have two units of French marines. These are 54mm figures from HaT (originally SYW Prussians). 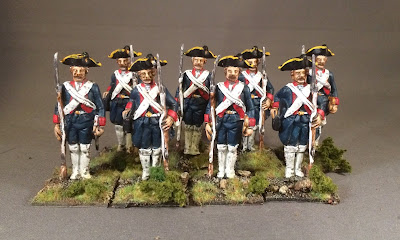 Apologies for the white washing out like it did--there is more depth and nuance to the figure in person. Overall, a good enough paint-job conversion. 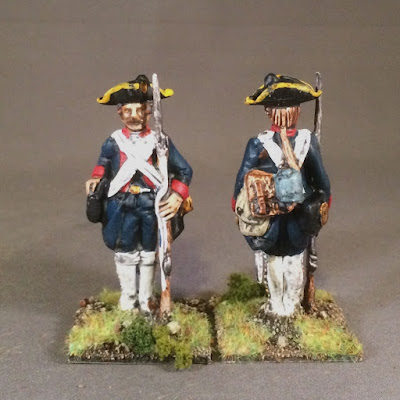 I was looking at the expansion box with Bruce and I see the flip side of the French victory country is a Hapsburg symbol so that suggests a SYW expansion is in the works. (Edit: Apparently this is supposed to be a Prussian Eagle--just used the wrong art.) So I will spend some time knocking out some proper Prussians to replace the stand-ins I currently have. But first I need to paint some French cavalry. And I need more guns.
at 5:00 AM