We had seven guys out at the club this week which was pretty good given how hot it was outside! Jonathan and Scott played a game of Commands and Colors Napoleonic. George hosted the rest of us in a game of Songs of Fire and Ice (a Game of Thrones miniature game). 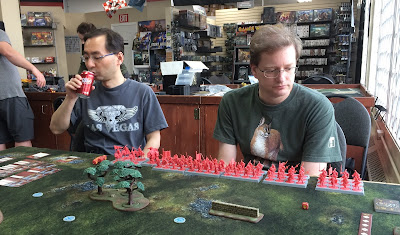 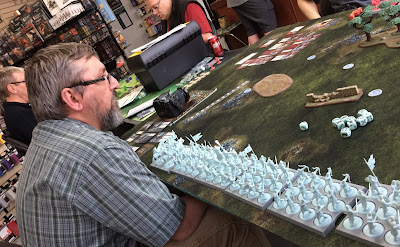 Basic alternating activation. Combat was reasonably straight forward: roll to hit, roll to save, roll of morale. Casualties by attrition with loss of ranks reducing dice. 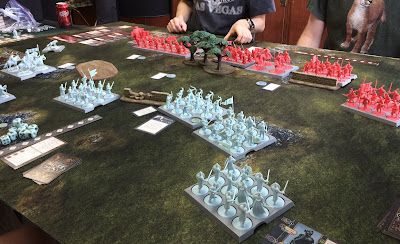 The only complexity for new players is the modifiers and special rules: units have special rules, characters add rules, off-board strategy play can add modifiers, cards and objectives can affect play, and so can conditions placed on units. It is a lot of take in at first but therein lies the thematic chrome of the game.

There was a general advance to secure objectives markers to gain victory points. Then team Red's super unit killed our dog. And the rain charged my archers with predictable results. 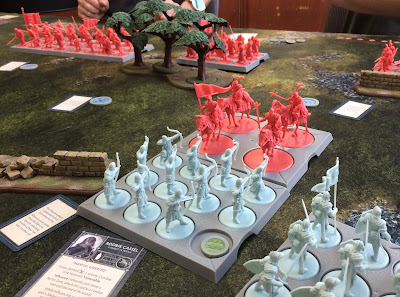 Terry did some nice maneuvering to try and kill the opposing general but came just short and got rear-ended himself. 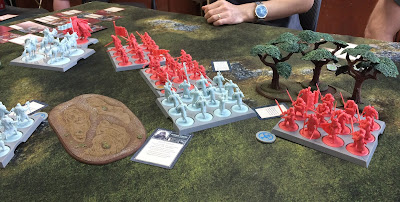 Back on my side of the time, flanks were getting turned and I could not roll worth crap. 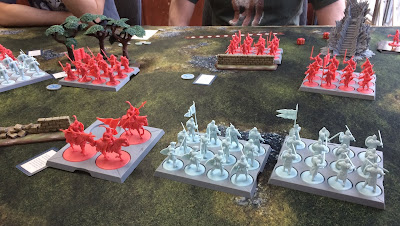 Then, suddenly, I rolled an amazing 10 hits. But then Craig said them all. And we ran out of time about half way through the six turn game. 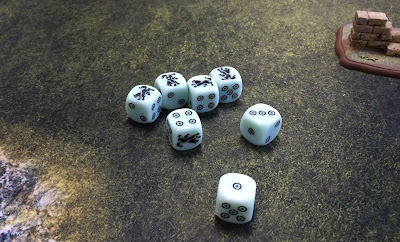 Lovely plastic miniatures: as nice as most metals due to multipart construction. 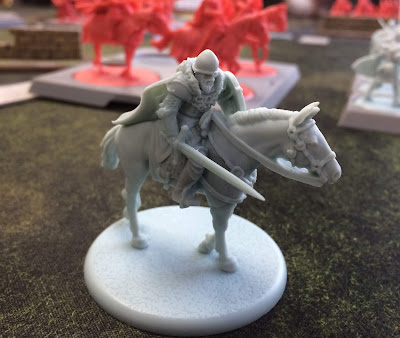 Overall, fun enough to play again. Thanks to Terry for bringing painted terrain and to George for hosting.
at 5:00 AM