Bruce hosted another playlets of his Boxer game this week. Main change was extending length to 25 turns. The last five turns see no new Boxer units arrive, but existing units continue to operate. And, if the gong in ringing on turn 20 (which causes Chinese units to stack up rather than enter until it stops), the gong stops ringing and the stacked up units also arrive. Predictably, this went badly for us (but is a great mechanical tweak). 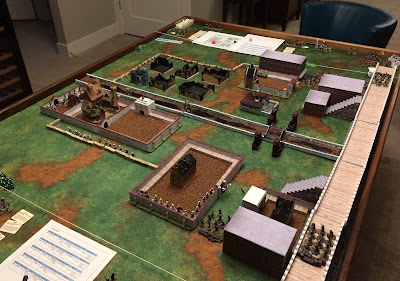 I had lot so units besiege the barricade between the Russian and American embassies. 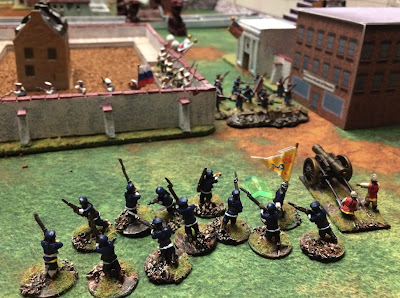 Some bad rolls cause major losses on my side of the board and things were thin. Fortunately, the plucky Russians managed to hold of the hordes of Chinese troops. 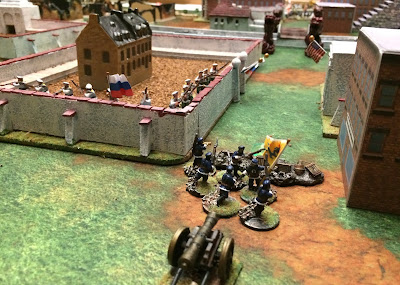 We lost three of the five embassies this time but still managed to win the game. In a five player game, there would have been winners and losers. There were also two points where supplies got very tight and that would have caused some interesting interactions between the players. 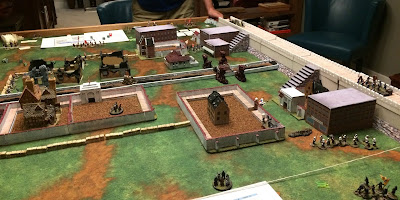 Overall, I'd say this is pretty much ready to go and could accommodate 7 players (5 European and 2 Chinese). It could also be played within the 2.5 hours we have at the club.
at 5:00 AM

This really does looks pretty solid.

Thanks. It is pretty enjoyable.

Thanks. Bruce did a nice job on this, as usual.