We had seven guys out at the club on Tuesday. Terry hosted a game of Vengeance (I think). They were still going after we'd finished two games of Commands and Colors Tricorne so I'm not sure how it ended. 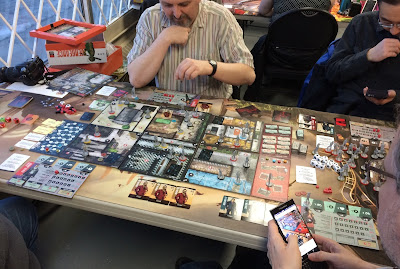 Bruce, Taylor and I played the Hobkirk's Hill scenario from Tricorne. Historically, the Americans tried to envelop and then had to rout. That was pretty much how it worked out in both of our games (two British victories: 7:5 and 7:6). 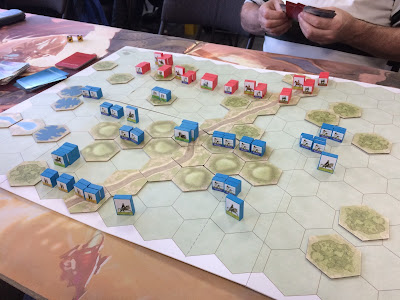 Game one saw the Americans advance on the right and then get creamed. 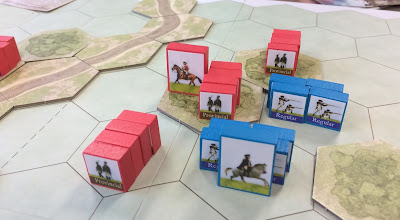 Things then started to fall apart and the British won with a unit kill that also put one of their troops up on the hill (which was a temporary victory banner). 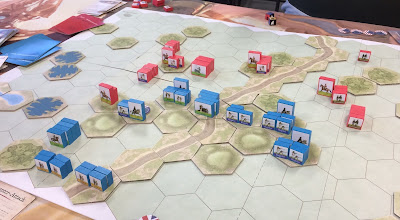 We switched sides and the British had really amazing cards. 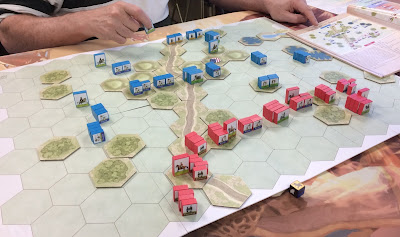 There was a general advance in the middle that was a long grind. The Americans would just not rout! 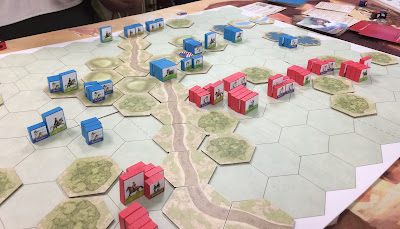 Over on the left, there was periodic skirmishing largely unrelated to the overall battle. 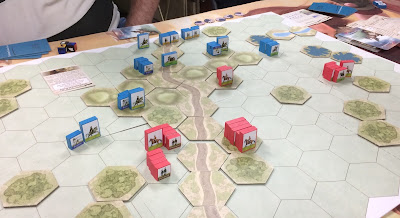 In the end, the highly depleted British managed to rout the rebel scum. Barely. Two pretty good games. I really like the new mechanics in Tricorne.
at 10:40 AM