I was over at Bruce's on Tuesday and we played some plane games. First we started out using C21 Airwar to play a Vietnam game. I had two Phantoms to protect some ground attack craft from 4 MiGs. Better hurry up, boys! 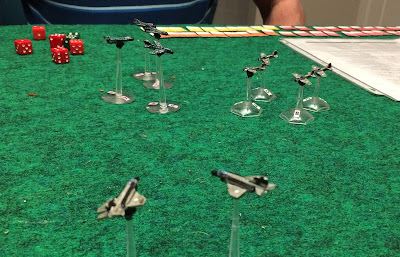 It had been awhile since we had played (years?) and it showed in my play. I was always one move behind Bruce. Then my one plane stalled after a failed maneuver and augured into the ground while the other one saw its missiles go offline. 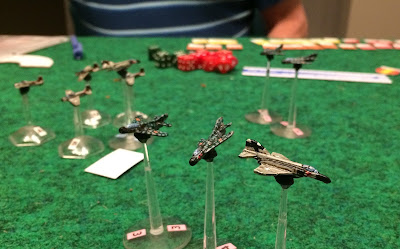 I did finally manage to get into the slot for one gun shot but it was a good day for the North Vietnamese airforce. What a mess! 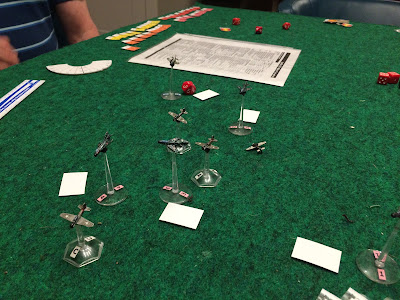 Bruce then hauled out some WW2 planes (British Hurricanes intercepting German bombers and CAP) and we played a stripped down version that kept the initiative mechanics from C21 as well as the manoeuvre rolls but ditched the cards. 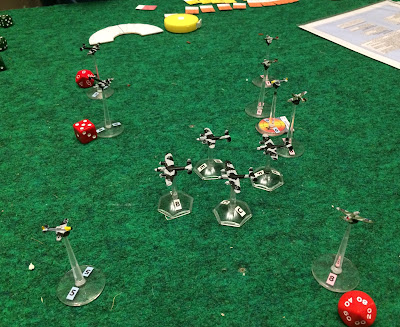 This gave a way better game, I thought. Bruce again creamed me, with his ME110s chewing up my Hurricane's right out of the gate. 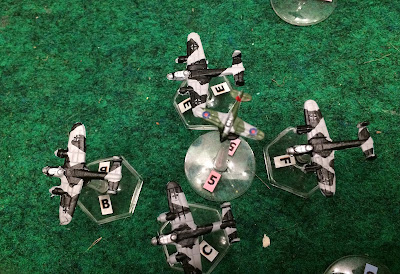 I did manage to back in the game later on but had a hard time putting enough hits in the bombers to bring them down. 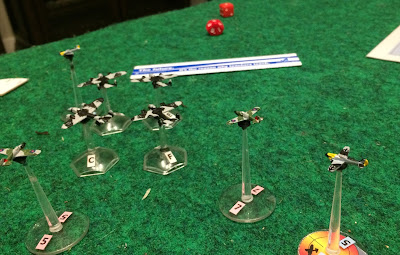 Overall, much slicker mechanics here that felt more like running a squadron than flying a few planes. Much less guess work as well. Hope to try this again with jets and the missile mechanics from C21.
at 5:00 AM