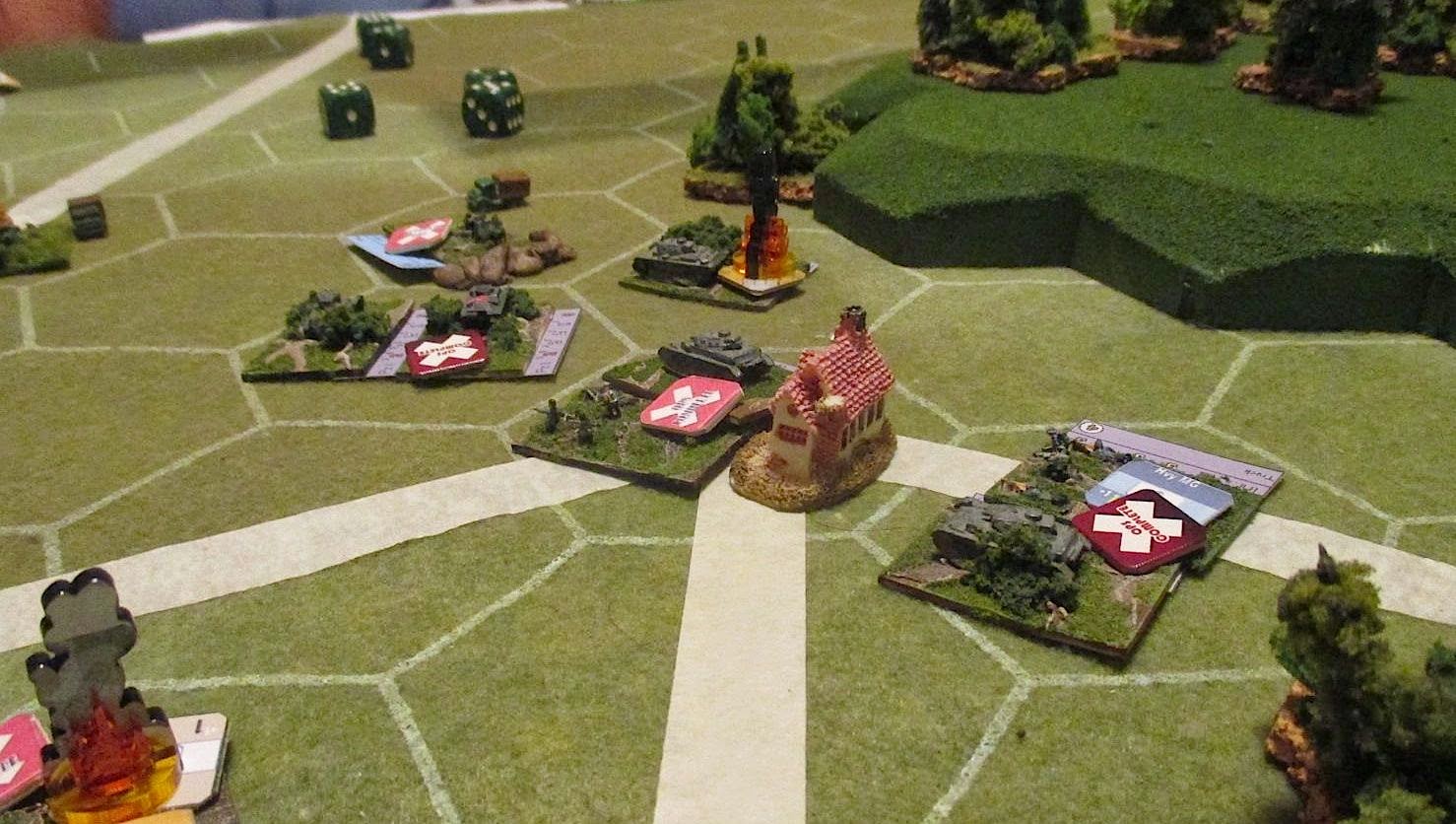 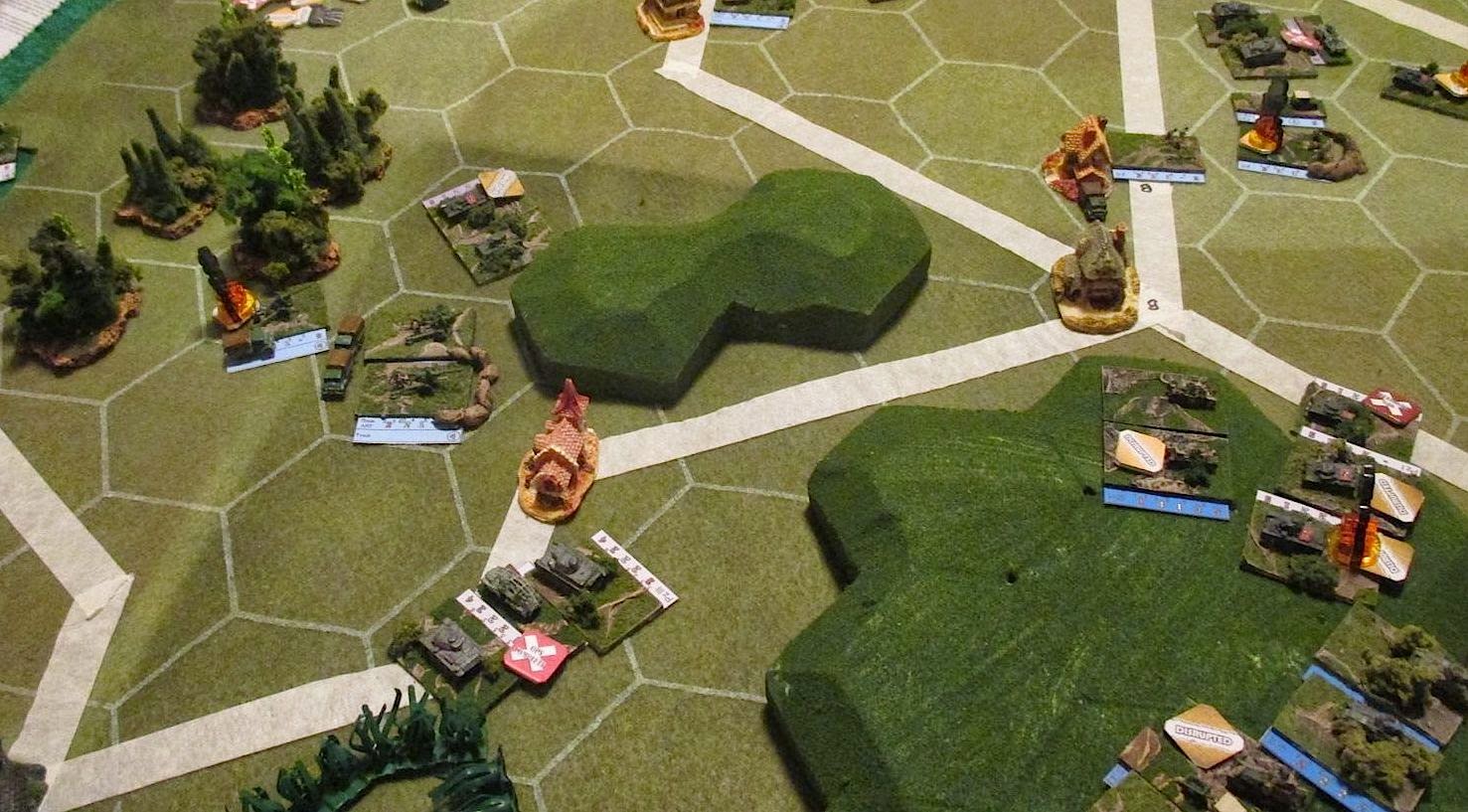 These two pincer met in the artillery park. At this point, the Germans were well ahead on kills and starting to take towns. And Bruce twice got hooped by the activation cards so we called it for the Germans. I know this game isn't for everyone, but I quite like the level of decision-making it offers. It feels like running two DBA-sized armies and nicely models some stuff, including breakthroughs.
at 2:16 PM