Despite the demands of the outdoors and the inlaws, I managed to do some painting this week. I finished up a 15mm all-option, Later Carthaginian DBA army comprising Old Glory figures.

Up first was two stands of 3Cv, including the general element on the left. 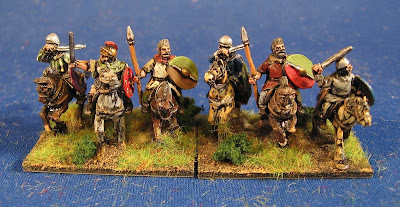 There were also two stands of 2LH. 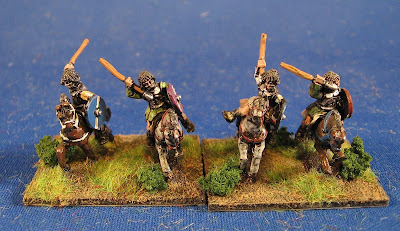 At the centre of the army is three 4Sp.

I tried to do something unique with each shield design. 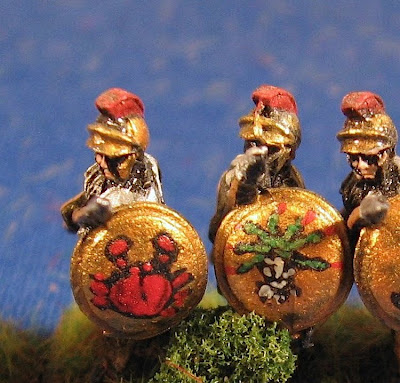 There are also a 3/4Ax option for rough terrain (Spanish troops, I think).

There are 4 2Ps with animal-print shields. 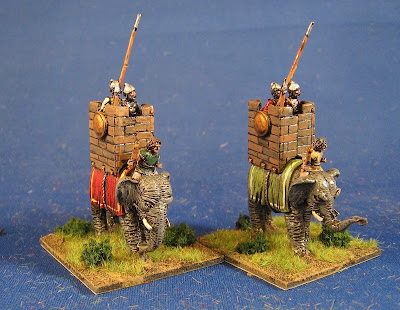 Overall, a diverse army to paint and a challenge to field.

Up next: I am working on the matching Polybian Roman army and should have those done by the weekend. Then on to painting the resin villages I bought last week and then I need to prep my MayDay game. I'm also off to Bruce's on Saturday to try out his new Napoleon game from Columbia.
at 11:49 AM

Nice Work I do like what you've done here

Thanks. I picked up the black lining technique from Tim. Now if only I was more creative with designs!

Stunning I love 15mm models and I dont own a single one bizzare I know.

Was thinking of picking up DBA a while ago is it a good system?

Yes, a very simple system. Easier to learn from someone and then read the rules than it is to try and read the rules and then play. If you are keen on getting into it, I'll be putting this army and a matching Roman one (drying at the moment) up for sale for $120 (including shipping in the US and Canada).